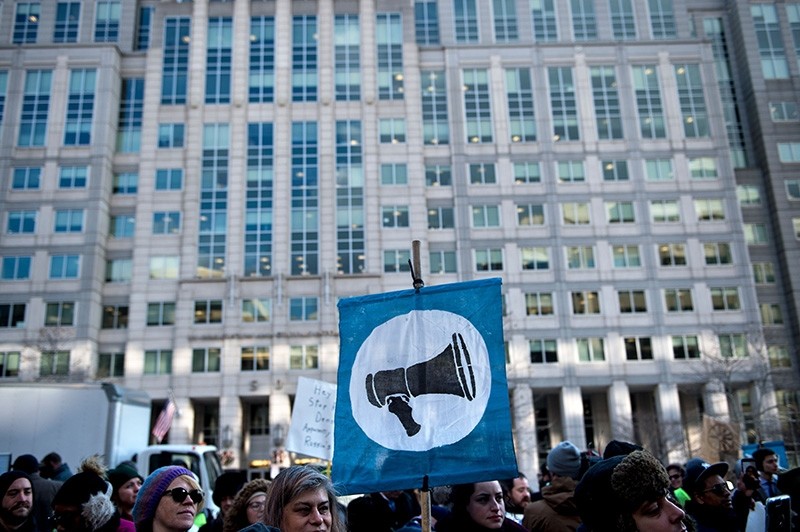 The U.N.'s top expert on freedom of expression voiced alarm Wednesday at the decision by U.S. regulators to roll back "net neutrality" rules, which require internet providers to treat all traffic equally.

"Net neutrality is a really, really important principle from the perspective of ensuring broad access to information by all individuals," David Kaye told reporters in Geneva.

While access to information in the United States will probably not shift overnight, Kaye said that in the long term "I am very, very concerned about the rollback of net neutrality there."

His comments came after the U.S. Federal Communications Commission adopted a proposal by Republican-appointed chairman Ajit Pai to scrap what he called "heavy handed" rules adopted in 2015, which he said discouraged investment and innovation.

Net neutrality activists have staged a series of protests in cities around the U.S. and online, amid fears that dominant broadband providers could change how the internet works.

They say clear rules are needed to prevent internet service providers (ISPs) from blocking or throttling services or websites for competitive reasons.

Some activists says ISPs will extract higher fees from services that require heavy amounts of data, like Netflix and other streaming services, with these costs passed on to consumers, but startups without the resources of major companies would be more likely to feel the pain.

Kaye, who serves as an independent expert on freedom of opinion and expression to the U.N., said that the specific outcome of the decision remained unclear and that it could take years before any noticeable differences emerge.

Speaking on the sidelines of an annual conference on internet governance, Kaye said his concern was that over time, U.S. "companies will make decisions based more on their business model than on the content of information."

This, he warned, could be detrimental to the availability and "breadth of information that people should have access to in order to participate in public life and develop opinions about public issues."

He also said he was worried about the impact the change could have beyond the United States.

"The problem over the long term is that information is global," Kaye said.

He emphasized that he did not mean to say "that tomorrow there will be this huge amount of censorship."

But he warned about the impacts the new rules could have, especially in combination with the growing consolidation of media in the United States and elsewhere.

"I think we should be very worried about the ability of smaller voices that often have a harder time getting traction in the market, we should be concerned about their ability to do that," he said.
Last Update: Dec 20, 2017 7:50 pm
RELATED TOPICS