Fujifilm to cut 10,000 jobs at subsidiary amid Xerox takeover 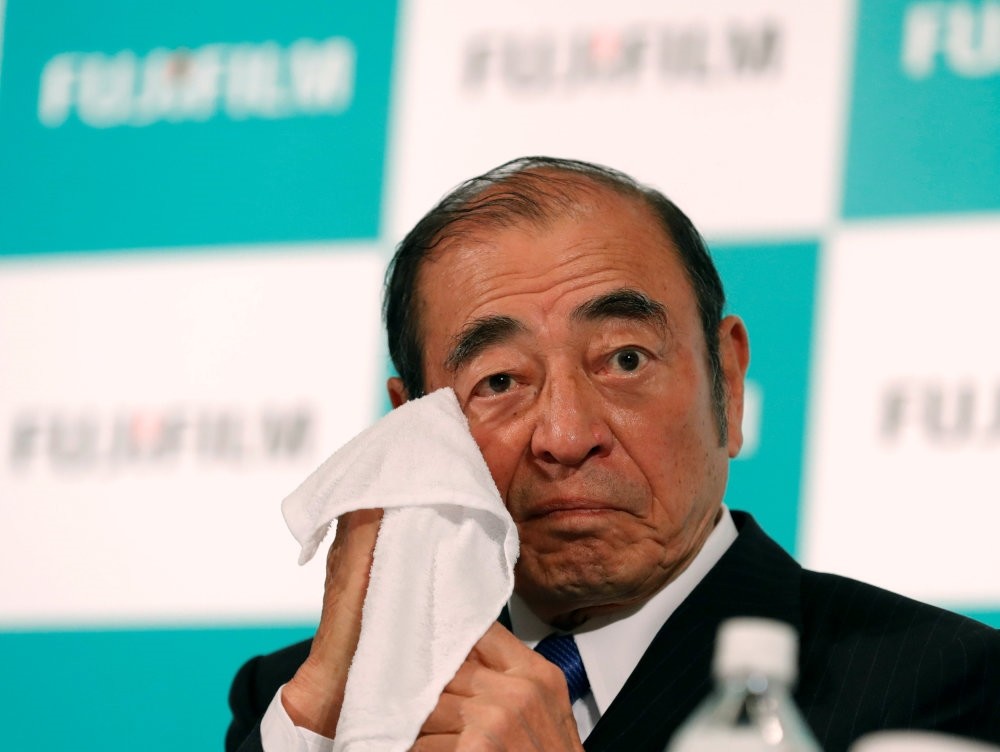 Fujifilm Holding Chief Executive Officer Shigetaka Komori wipes his face at a news conference in Tokyo.
by Feb 01, 2018 12:00 am

Japanese technology firm Fujifilm on Wednesday announced 10,000 job cuts by March 2020 at its Fuji Xerox subsidiary, which it said was facing an "increasingly severe" market environment. In a major shake-up, Fujifilm also announced it would be combining Fuji Xerox with US giant Xerox, bringing both companies under its umbrella to create what it said was the world's largest "document solutions company" by revenue. As part of a cost-cutting package that it hopes will save 50 billion yen ($460 million), Fujifilm announced "personnel reductions of 10,000 people domestically and overseas" at Fuji Xerox.

Founded in 1934, Fujifilm became synonymous with the photography business but has since expanded into cosmetics and medical equipment. Fuji Xerox, which manufactures printers and copiers for offices mainly in Asia and the Oceania regions, employs around 46,000 people in total.

"It is expected that this combination will generate a large number of synergies," said Fujifilm in a statement, with Fuji Xerox mainly doing business in Japan and Asia and Xerox in the US and Europe. Xerox had faced a revolt from two major shareholders, Carl Icahn and Darwin Deason, who between them control 15 percent of the company. They recently published a joint letter urging the company to consider selling itself and calling for the immediate replacement of its CEO. The restructuring will have an impact on Fujifilm's operating income, the firm said, revising down its forecasts for the current fiscal year to 130 million yen from 185 million yen. Net profit however was forecast to rise to 140 million yen from 125 million yen due to one-off gains from sales of investment securities.