Service provider Armut on its way to becoming a global player 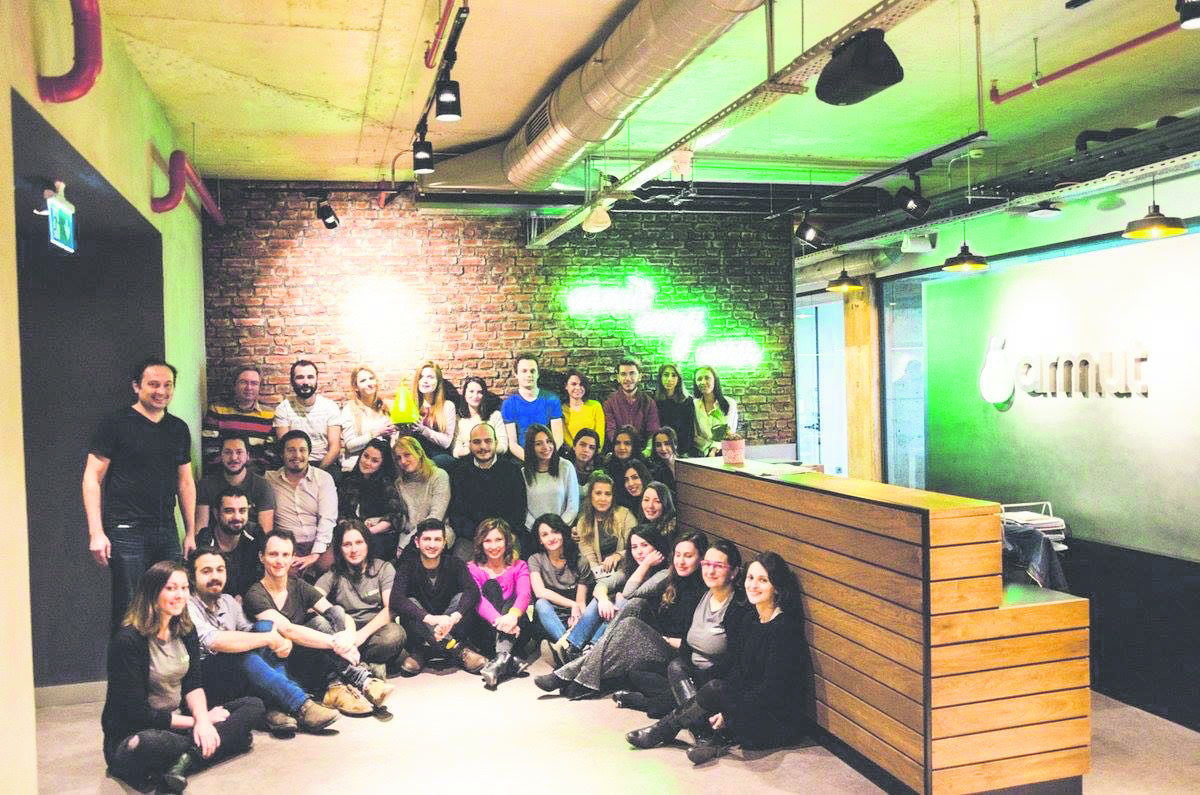 Tech initiative Armut, which has transformed Turkey's professional services marketplace, is looking to use the tremendous growth at home last year to expand its businesses overseas.

Armut, the brainchild of former Turkish expats in the U.S., Başak Taşpınar Değim, and Erol Değim, is an online marketplace for professional services like home painting, carpentry, and plumbing.

Last year the startup saw substantial growth as it expanded its businesses to six countries under three different brands. Overall, it achieved a 72 percent growth and was Turkey's second fastest growing technology company.

Armut operates under the brand "HomeRun" in the U.S., the U.K., Romania, Egypt, and Saudi Arabia. It is looking to maintain its global expansion and become a market leader. It is already Turkey's leading services marketplace with more than 192,000 listed professionals now it is looking to continually improve the quality of services and boost customer satisfaction.

The founders of Armut said that the online services sector is quickly growing in Turkey and the world. They said the company will be more assertive with its global brand HomeRun and was preparing to launch a new service called, "Rahat Taşın" (Move Comfortably).

"In the Deloitte's Fast 500 EMEA (Europe, Middle East, and Africa) program, we ranked 40th among 500 companies. We have accomplished this with a team of 70 people from six different countries.

"In 2018, we will continue to grow with the diversity we have created in our own ecosystem in terms of reverse brain drain and manage all our operations from Istanbul," said Başak Taşpınar Değim.

One of Armut's founders, Erol Değim said they have made Turkey's services sector more transparent and largely bringing down customer dissatisfaction.

"When establishing Armut, we wanted to make it easier for people to reach high quality and reliable service providers. In our first year, we invested heavily in developing the technology and improve the quality of services. We have raised it to a satisfactory level over the years, thanks to our comment system and our intelligent algorithm."

"Of course, we are not fully gratified and continue to work on developing new solutions for our global services. Last year, we introduced the "Armut Guarantee" for some of our services so that our customers can have the peace of mind.

A survey, "University Youth Mobile Application Data Research 2017," carried out by Startups.watch, involving students from Istanbul University, Kadir Has University, Koç University, Maltepe University, Marmara University and Yıldız Technical University has found that university students on average have a daily screen time of more than 196. Meaning they spend more than three hours on their smartphones and devices every day.

"If we look at the three most used apps, they spend 56 minutes on Instagram, 47 minutes on WhatsApp and 21 minutes on YouTube."

He added that university students were listening to music for 13 minutes, playing games for 15 and use other applications for 14 minutes.

"It means, young people, spend 57 percent of their time screen time on applications that belong to Facebook."

According to the survey, Instagram and YouTube also claimed a significant chunk of the screen time and the amount is constantly going up.

Ünsal stressed that in 2017 there was no change in the time spent on WhatsApp compared to the previous year.

"But for Instagram, the time increased from 18 minutes to 56 minutes, and for YouTube, it changed from four minutes to 21 minutes. However, for Snapchat it went down from 14 minutes to seven."

Tech site Webrazzi recently announced the winners of its 2017 awards, where more than 123,000 people voted for their favorite projects.

Sinemia took the "Initiative of the Year" award, while "The Finance Technologies (Fintech) of the year" awards went to BKM Express, Evreka, and Paraşüt.

Netflix became the "Digital Brand of the Year" while "Onedio" was chosen as "Most Successful YouTube Channel of the Year."

The "Digital Banking Application of the Year" award went to İşCep. Besides, and the winner of the "Blockchain Initiative of the Year," was won by BTC Türk.

Tax and accounting jobs are no laughing matters. At present, small and medium enterprises (SMEs), which don't want to get lost in taxation complex details, are leaning towards cloud-based solutions.

Entrepreneurs, who want to get rid of the ever-increasing hardware, software updates, and service costs, are moving towards cloud-based solutions.

"UzmanVergi," an initiative of Türk Telekom's Venture Acceleration Program, Pilot, is a cloud-based solution for taxpayers that use a subscription system. So you do not have to buy any specialized hardware or deal with software updates.

With "UzmanVergi," companies can come up with tax-related solutions that suit their needs. They can also process accounting, tax declarations, social security solutions and payroll themselves just by entering the daily income-expense, number of employees and even inventory. They can also keep all the accounting information online. They do not even have to follow the taxation periods because the members are automatically informed through the system, via SMS or e-mail.

You do not need tax information