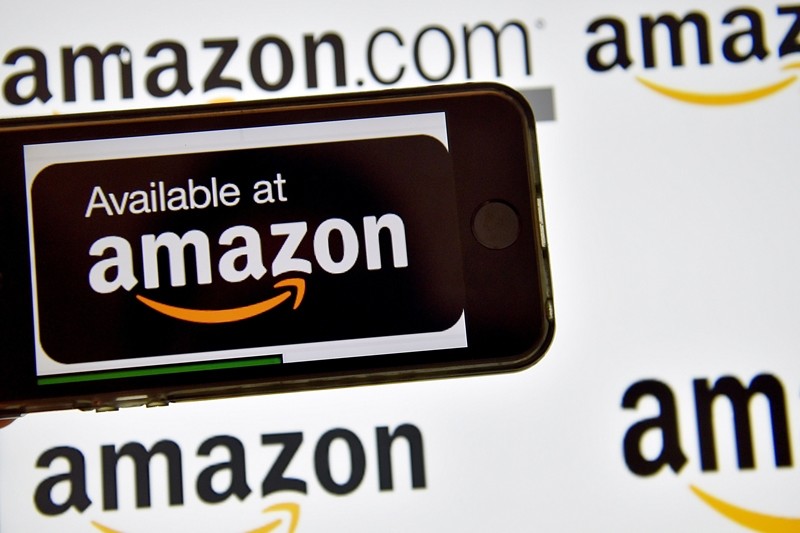 This file photo shows the logo of US electronic commerce and cloud computing company Amazon in Vertou, France. (AFP Photo)
by Feb 05, 2018 12:00 am

U.S. online retailer Amazon said Monday that it has settled a major tax claim in France and will start declaring all its earnings in the country in a response to building European pressure on the digital economy giants.

It is one of several American technology giants in the line of fire in Europe over their tax-avoidance strategies, which often sees them route their income through low-tax nations -- in Amazon's case, Luxembourg.

French President Emmanuel Macron has proposed a new mechanism for taxing U.S. tech companies that would take into account the volume of sales generated in each European country, rather than on the profits that are booked through low-tax jurisdictions.

Amazon announced a similar tax settlement deal with Italy in December, paying 100 million euros to settle an investigation into suspected tax evasion from 2011 to 2015, while also agreeing to declare its income locally.

In 2012, Amazon revealed that it had been hit with a 198-million-euro tax bill in France for back taxes, interest and penalties relating to income spread between different jurisdictions.

At the time, the company had said it disagreed with the French assessment and vowed to "vigorously" fight it.

In its statement Monday, Amazon said it had created a French subsidiary for its European operations in August 2015, "with all retail revenues, expenses, profits and taxes due now accounted for in France."

The retailer also said it had invested over 2 billion euros in France since 2010, creating more than 5,500 jobs.

European officials have vowed to make the digital economy giants known as GAFA -- Google, Amazon, Facebook and Apple -- pay a greater share of their taxes in the countries where they earn their profits.

Under current EU law, companies based outside the bloc can declare their earnings from across the 28-nation market in a single country.

That has led them to pick low-tax nations like Ireland, the Netherlands or Luxembourg -- depriving other member states of revenues, even though they may account for a bigger share of the earnings.

The Organization for Economic Cooperation and Development says such rules cost governments around the world as much as $240 billion (193 billion euros) a year in lost revenue, according to a 2015 estimate.

On Sunday, EU Economic Affairs Commissioner Pierre Moscovici said he would unveil by the end of March a plan to "create a consensus and an electroshock" on taxing digital economy revenues.

"The idea is to be able to identify the activities of digital companies, so we need a range of indicators -- the number of clicks, the number of IP addresses, advertising, and eventually revenues... and then we'll find ways to tax them," Moscovici said.

He said the new rules would apply to the GAFA giants, as well as accommodation services like AirBnB and Booking.com.

American tech giants appear to believe the European tax revamp is in the cards, with several already announcing pledges to pay more in each country where they operate as governments step up their fiscal demands.

Facebook said in December that it would start declaring advertising revenue in the countries where they have offices, instead of recording it at its international headquarters in Dublin.

"We believe that moving to a local selling structure will provide more transparency to governments and policy makers around the world," the social network's financial chief Dave Wehner said at the time.

France is pursuing Google for 1.12 billion euros it says it owes in back taxes, after paying just 6.7 million euros in corporate tax for 2015 by booking most of its revenues through Ireland.

A court initially ruled that Google was not liable for the tax claim, but the government has appealed the decision -- while saying it was still open to a settlement.

The search giant has already agreed to fiscal deals with Britain and Italy over the Irish tax arrangement.

Amazon's settlement comes as it is also facing a court case in France over claims it has abused its dominant position on its "marketplace" platform for third-party vendors.

The finance ministry said in December that it was seeking a fine of about 10 million euros.