Turkcell teams up with Samsung over 5G technology in Turkey 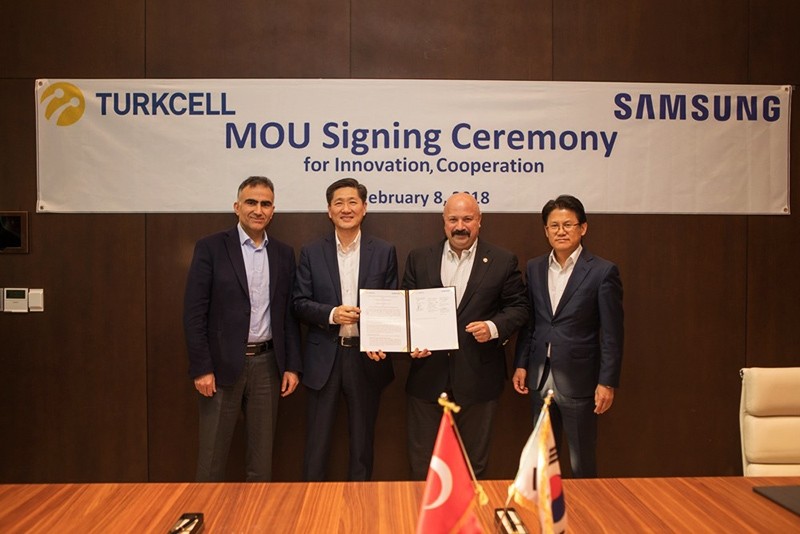 "Samsung and Turkcell will collaborate to assess and test the 5G network technology in 2018 in Turkey," it said in a statement.

"We expand our joint works' extent of future generation technologies and commercialization of 5G in Turkey with the letter of goodwill," Turkcell Chief Executive Officer Kaan Terzioğlu said.

"This partnership between Turkcell and Samsung is an important step that will support Turkey's innovation targets," DaeHyun Kim, head of Samsung Electronics Turkey, added.

Turkcell spearheaded GSM-based mobile communication in Turkey when it started operations in 1994.

Since then, it has continuously expanded its services based on mobile, audio and data communication.