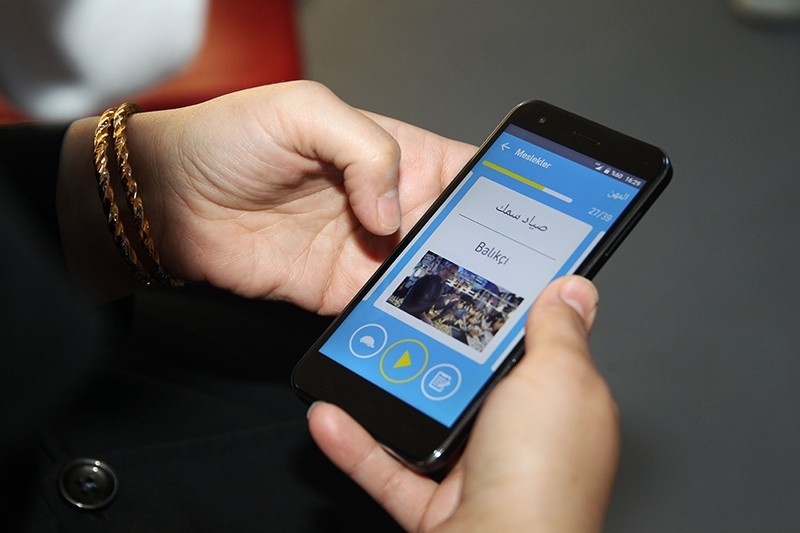 Telecom giant Turkcell joined forces with Daily Sabah to provide news for millions of Syrian refugees in Turkey through a free mobile app.

The latest Daily Sabah stories in Arabic are now available in the app's "News" section.

Merhaba Umut, which has been downloaded 750,000 times and has more than 160,000 unique active users monthly, was developed to help Syrian refugees and all Arabic speakers learn Turkish and provide them with basic information needed for everyday life in Turkey.

The app offers Turkish-Arabic and Arabic-Turkish dictionaries as well as a phrasebook with 700 most common Turkish words and expressions with audio recordings of their pronunciation. It recognizes both text and voice input.

According to Turkcell, which provides 1.7 million Syrians with mobile communication, Merhaba Umut addresses the problem of integration from a Turkish language learning perspective.

Since the start of the Syrian civil war in 2011, Turkey has received over 3.5 million Syrian refugees, more than any other country.