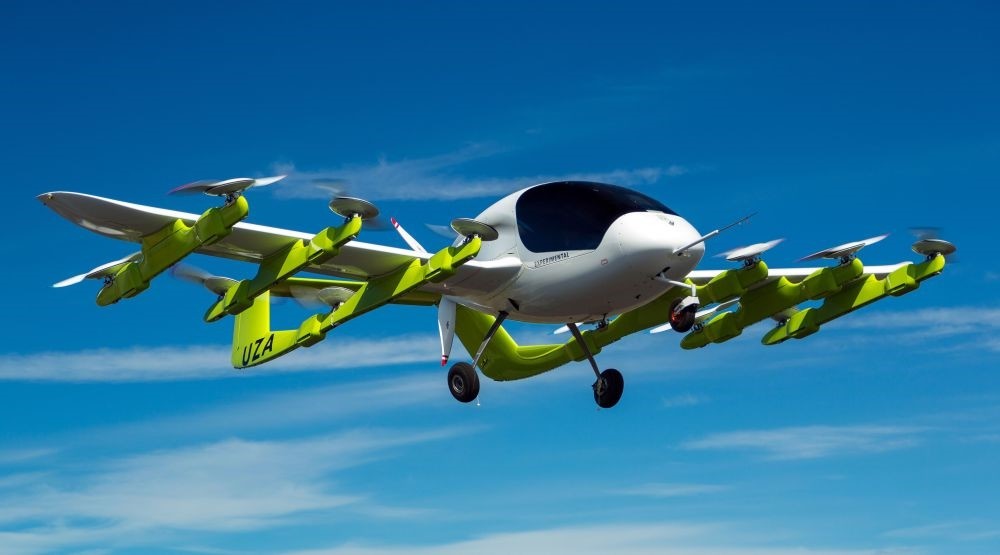 Pilot-less flying taxis are being tested in New Zealand as part of a project backed by Google co-founder Larry Page that supporters say will revolutionize personal transport.

Known as Cora, the electric aircraft has a dozen small lift rotors on its wings, making it capable of vertical takeoff and landing like a helicopter. But developers say it is much quieter, meaning it could transport passengers in urban areas using rooftops and car parks as landing pads.

"We are offering a pollution free, emission free vehicle that flies dependably; we think this is the logical next step in the evolution of transportation," Zephyr Chief Executive Fred Reid said.

The Cora prototype being tested on New Zealand's South Island uses three on-board computers to calculate its flight path and is capable of carrying two passengers.

The computers operate independently as a safety measure, and the aircraft can deploy a parachute if anything goes wrong.

The Cora project envisages they will become so common that "air travel will be woven into our daily lives."

Zephyr said using them would be a simple experience for passengers. "You wouldn't have to know anything about flying a plane. Cora could fly for you," it said in a promotional video. "And it would be all-electric, helping to build a sustainable world." Page's company is also developing a prototype personal aircraft called the Kitty Hawk Flyer and unveiled an early model in the United States last year.

However, it looked more like a recreational plaything than a flying car, suitable only for flying above water and seating the pilot in an open top cabin exposed to the elements. Cora appears far more robust and is designed more like a traditional aircraft, featuring an 11-meter (36-foot) wingspan, tail and a closed canopy for passengers.

The aircraft will not be offered for sale; instead, the public must book trips like they would with an airline or taxi service.

Zephyr said it would operate in a similar fashion to a car ride-share -- with Uber the best known example -- and is reportedly working on an app so customers could hail the air taxis on their mobile phones.

It said Cora took eight years to design but then developers needed a suitable environment to safely test the new technology.

They settled on New Zealand because of its uncongested airspace and rigorous regulatory environment, with Reid saying local officials had embraced the idea.

"We had no idea what to expect," he said. "They could have laughed us out of the room. We were pitching something that sounded like science fiction."

Cora has been given an experimental airworthiness certificate from the New Zealand Civil Aviation Authority.

Trialing the flying taxi service will reportedly take six years, with operations based around the city of Christchurch.

"This aircraft represents the evolution of the transport eco system to one that responds to a global challenge around traffic and congestion and is kinder to the planet," Christchurch Mayor Lianne Dalziel said.

Page and Sergey Brin founded Google in 1998, starting out in a Silicon Valley garage and transforming into one of the world's largest companies. He remains chief executive of Google's parent Alphabet, but the Kitty Hawk and Cora projects are a personal pursuit, not part of the tech giant's operations.