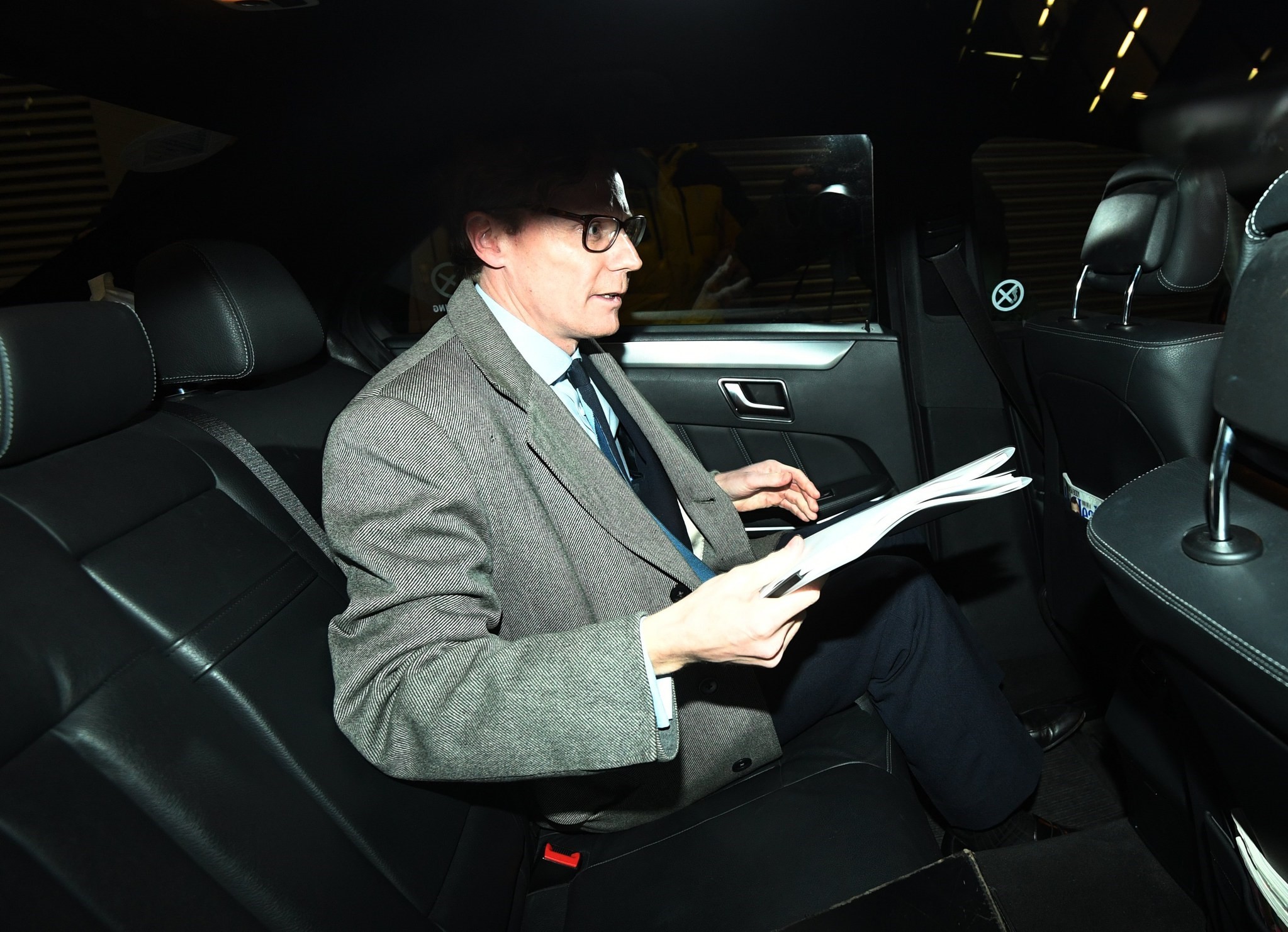 Alexander Nix, CEO of the London-based political consulting firm 'Cambridge Analytica' leaves his offices through the back door in London, March 20, 2018. (EPA Photo)
by Mar 20, 2018 12:00 am

Cambridge Analytica, the data mining firm with ties to Donald Trump's presidential campaign and which is now at the center of an uproar surrounding the collection of Facebook user data, suspended chief executive Alexander Nix on Tuesday.

The firm's board of directors made the decision after a new front in the scandal was opened by an undercover TV news report in which Nix discussed ways Cambridge Analytica could help political clients.

In the sting footage broadcast by Britain's Channel 4 late Monday, Nix seemed to boast to a reporter posing as a Sri Lankan businessman of using bribes and entrapment to influence elections.

He appeared to suggest the firm could plant false reports online, hire hidden subcontractors and set up fake institutions and websites to gather data. Nix also said they could "send some girls around to the candidate's house," adding that Ukrainians "are very beautiful."

Nix's comments "do not represent the values or operations of the firm and his suspension reflects the seriousness with which we view this violation," the firm's board of directors said in a statement.

The board said Nix was suspended pending a report from an outside independent investigation.

Britain-based Cambridge Analytica came under scrutiny at the weekend when a whistleblower who helped set up the company told The Guardian newspaper that information from about 50 million Facebook users was taken without their consent in 2016 election work it did for Trump's campaign.

"We exploited Facebook to harvest millions of people's profiles, and built models to exploit what we knew about them and target their inner demons," he said.

As the scandal unfurled in recent days, Cambridge Analytica repeatedly denied any wrongdoing.

Facebook on Friday said it had suspended its relationship with Cambridge Analytica and its parent company, Strategic Communication Laboratories (SCL), while it investigated the latest allegations.

Lawmakers in Britain and the U.S. are demanding answers from Facebook founder and chief executive Mark Zuckerberg.

A cross-party committee of British lawmakers asked Zuckerberg on Tuesday to explain his firm's "catastrophic failure of process" on the security of personal data.

Damian Collins, who heads the Culture, Media and Sport Committee, said he had "repeatedly asked Facebook about how companies acquire and hold on to user data from their site, and in particular about whether data had been taken without their consent."

"Your officials' answers have consistently understated this risk, and have been misleading to the committee," Collins, a lawmaker from Prime Minister Theresa May's Conservative Party, said in an open letter to Zuckerberg.

The committee from the Commons, parliament's elected lower house, is examining the role of Facebook as part of an inquiry into the role of "fake news" in British politics.

In a related move, Information Commissioner Elizabeth Denham said late Monday that her office was "seeking a warrant to obtain information and access to systems and evidence" from Cambridge Analytica.

In the US, a chorus of alarmed lawmakers from both parties were calling for Facebook to explain how so much user data could end up in the hand's of a third party firm working on an election campaign.

"I think it's time for the CEO, Mr Zuckerberg, and other top officials to come and testify," Senator Mark Warner told ABC News.

Facebook was already at the forefront of U.S. investigations into alleged Russian meddling in the 2016 election. In October, Facebook said that as many as 126 million users may have seen advertisements bought by Russians that were aimed at influencing U.S. politics.