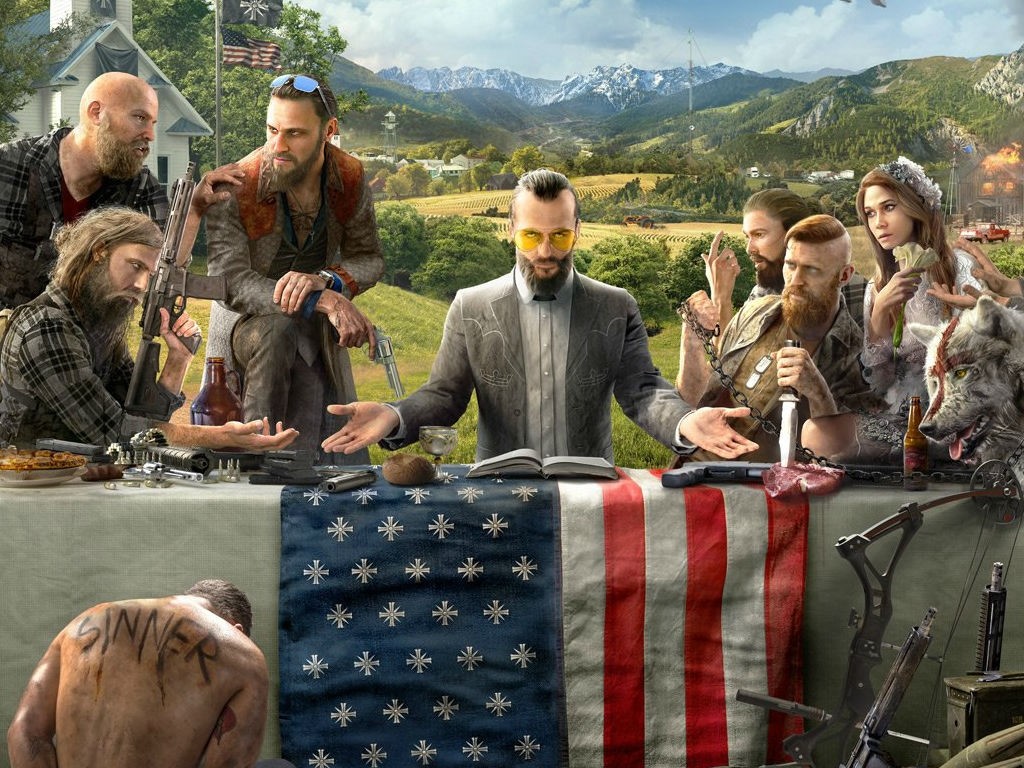 Within just a week of its launch the latest installment in Ubisoft's blockbuster franchise pulled in $310 million (253 million euros).

According to Forbes, the game's sales topped Black Panther's domestic box office in its first week, which was $292 million.

"Far Cry 5" is now the fastest selling title in the franchise's history, Ubisoft said in a statement on Wednesday.

It pits players against a dangerous, violent cult, and is the first in the series to be set in the United States.

Previous editions played out in places such as jungles in Africa, Himalayan mountains and an archipelago in the South Pacific.

The idea of bringing "Far Cry" to the United States. was considered early in the franchise, but it was only after political tumult gained momentum in recent years that the plan cemented, executive producer Dan Hay said last year.

Hay insisted that the game is not a commentary on politics in the U.S., while admitting it was developed amid feelings that American society wasn't as safe as one might hope.

"I'm proud that the culmination of years of passionate work from the team is paying off, and that Far Cry 5's experience resonates with so many people," Hay said, according to the latest statement from Ubisoft.

On Wednesday, the group said "Far Cry 5" had become its second best-selling game on launch after "Tom Clancy's The Division", an online role-playing game released in 2016.

"Far Cry 5," released on March 27, also became the fastest-selling game in the series, going twice as fast in the first week since its launch as the previous installment, Ubisoft said in a statement.

More than half of the sales were online, it added.

Ubisoft has sold more than 40 million copies of "Far Cry" overall since the first installment launched in 2004.

The developers are still trying to replicate the success of "Far Cry 3," which received widespread critical acclaim and was named the game of the year in 2012 by several renowned game review websites.