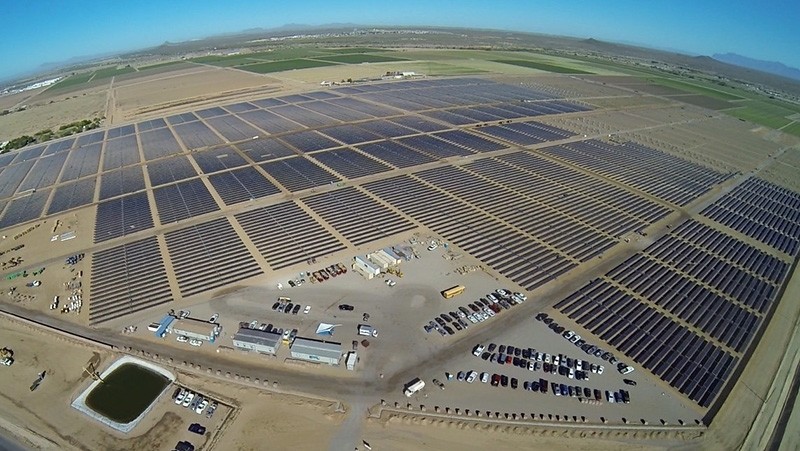 Apple Inc on Monday said it had achieved its goal of powering all of the company's facilities with renewable energy, a milestone that includes all of its data centers, offices and retail stores in 43 countries.

The iPhone maker also said nine suppliers had recently committed to running their operations entirely on renewable energy sources like wind and solar, bringing to 23 the total number to make such a pledge.

Major U.S. corporations such as Apple, Wal-Mart Inc and Alphabet Inc have become some of the country's biggest buyers of renewable forms of energy, driving substantial growth in the wind and solar industries.

Costs for solar and wind are plunging thanks to technological advances and increased global production of panels and turbines, enabling companies seeking to green their images to buy clean power at competitive prices.

"We're not spending any more than we would have," Lisa Jackson, Apple's vice president for environment, policy and social initiatives, said in an interview. "We're seeing the benefits of an increasingly competitive clean energy market."

Renewable energy projects that provide power to Apple facilities range from large wind farms in the United States to clusters of hundreds of rooftop solar systems in Japan and Singapore. The company has also urged utilities to procure renewable energy to help power Apple's operations.

Encouraging suppliers to follow suit in embracing 100 percent renewable energy is the next step for Apple. The suppliers that pledge to use more clean energy know they will have "a leg up" against competitors for Apple's business, Jackson said.

"We made it clear that over time this will become less of a wish list and more of a requirement," she said.