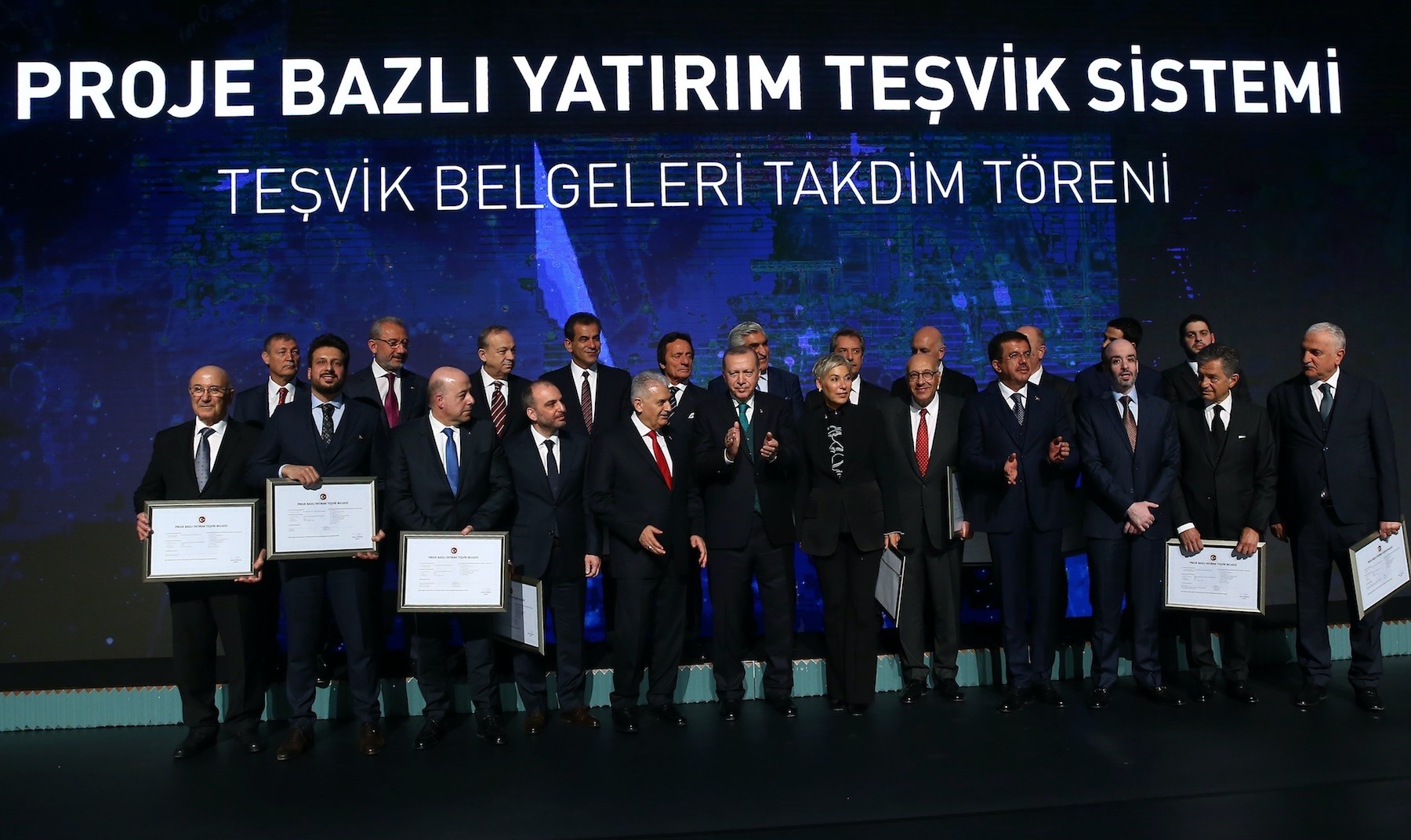 Seventy-five percent of the TL 135 billion incentive package, or TL 95.6 billion, has been allocated to the projects to produce high and medium-high techonology products to decrease imports.
by Daily Sabah Apr 18, 2018 12:00 am

Turkey's recently announced TL 135 billion ($32.96 billion) project-based incentive system, or the "super incentive package," will support production in energy, healthcare, manufacturing, petrochemicals and metallurgy. The initiative is expected to decrease Turkey's current account deficit by $19 billion and boost output in high technology and medium-high technology products that are usually imported. According to Economy Minister Nihat Zeybekci, around 75 percent of incentives, worth around TL 95.6 billion, will go to high and medium-high technology products.

These investments will focus on the production of electric battery, drug-eluting stent, energy systems and hybrid engine production, the minister said.

Zeybekci recalled that project-based investment incentive system will support a total of 23 projects from 19 companies and that four of these projects involved high technology, 13 were in medium-high while the rest were in medium-low technology level.

He said that high and medium-high technology investments will reduce Turkey's external dependence in this areas.

Explaining that Turkey has current account deficit because of high-tech products imports, Zeybekci said that while the importance of high value-added products based on technology and innovation increases in global trade, Turkey's competitive power in the international markets will improve with the project-based incentive system.

Zeybekci said that high and medium-high technology investments will increase Turkey's power in the global economy.

The minister added that Assan, BMC, CFS, Dow Aksa, SASA, Most Makine, Metcap Energy, Oyak Renault and Vestel will realize medium-high technology investments, while Alvimedica, Atayurt, Ekore and Turkish Aerospace Industries (TAI) will undertake high-tech investments.Zeybekci said that Vestel will make the largest investment in high and medium-high technology to be supported under the investment incentives with a project worth TL 28.4 billion for electric vehicle energy storage systems, adding that the project was expected to make the largest annual contribution to the current account deficit with $4.6 billion.