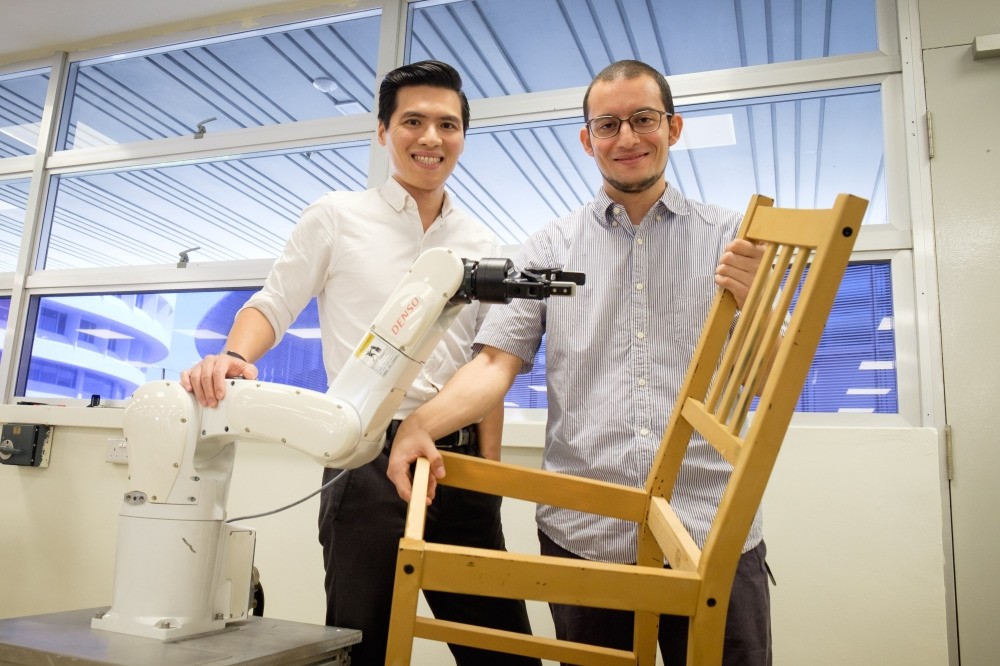 Robots in Singapore have completed a task many humans dread - assembling flat-packed IKEA furniture. Sifting through pages of instructions and a jumble of screws and bolts to build the low-cost Swedish furniture may soon be a thing of the past given advances in technology, say researchers at the city-state's Nanyang Technological University (NTU). The scientists spent three years programming the robot - made of arms, grippers, sensors and 3D cameras - which assembled the frame of an IKEA dining chair in around 20 minutes. They say it may not be long before such robots can fully assemble a piece of furniture from a manual, verbal instruction or by just looking at an image of the finished item.

"We have achieved the low level capability to teach the robot 'how to do it' and then in the next five to 10 years, high level reasoning - the 'what to do' - could be done too," one of the researchers Quang-Cuong Pham told Reuters. Pham said the team at NTU were looking to work with artificial intelligence experts to try and hone the process. Cindy Andersen, global business area manager of kitchen and dining at IKEA, told Britain's Daily Mail newspaper:

"It's interesting to see an example of how robots could potentially contribute to our vision of creating a better everyday life for many people.

"We are very positive about embracing new technology."

Singapore has been pushing businesses to invest in automation and robotics to boost productivity as it keeps a tight leash on cheap foreign labour. Some restaurants and hotels in the city-state use robots to deliver food to customers and collect used plates and cutlery.