Digital cities right around the corner 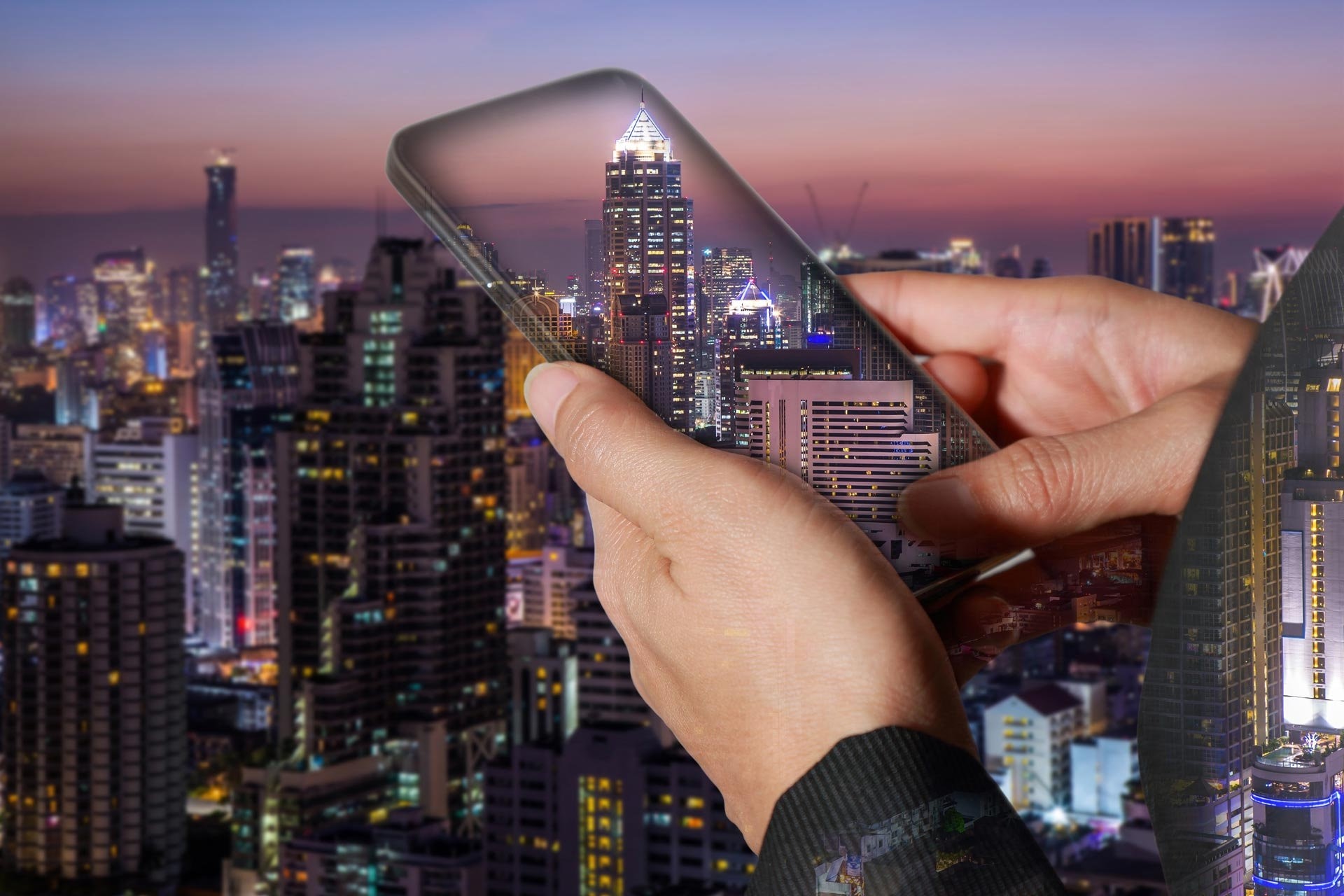 Smart cities of the future will incorporate everything from transportation, smart homes and offices to health care and education with their standard fiber infrastructures. The established system, however, is trying to resist this inevitable change

Imagine, you wake up one morning and there are no cars parked in Istanbul and no honking drivers - because there are no drivers. The noise pollution level went down to a minimum thanks to electric cars and decibel-controlled volume. Think of houses, roads and offices that are all interconnected by underground fiber act like an artificial smart neural network. The 5G infrastructure and uninterrupted internet speed have come up with new solutions in various fields from education to health. Istanbul and Turkey's 15 largest cities have the world's fastest internet service thanks to their fiber infrastructure.

All the taxis are driverless. People use unmanned aerial, marine and land vehicles or low-cost driverless public transport. Diseases can be prevented before they even occur, thanks to smart wearables. People can continue their education all day long from home to work. The fast internet connection has reached even the remotest smart villages and the population of Istanbul has fallen below 10 million.

DO NOT WAKE ME UP!

I seem to hear you say, "Somebody pinch this guy." Even though I do not want to wake up from this dream, the facts are pinching me. While digital cities are being built, the number one job of the municipalities other than providing basic services is to make decisions that will enhance the quality of its citizens' lives. In doing so, they should not steal the role from entrepreneurs and telecom companies. Providing free wireless internet connectivity in public areas is not enough, but it is also necessary for the fiber infrastructure to reach every door for the homes and offices of the future. After all, to build smart cities and attract talented entrepreneurs could lead to a rise in housing prices in Istanbul and Turkey. Taking a stand against innovation is also destroying the construction in the broken-down cities and the companies in the environment we live in. We have to find common sense.

Smart municipalities should support the increase the quality of citizen services instead of trying to compete with companies and entrepreneurs in the telecom infrastructure businesses or taxis. The municipalities have also become a rival not only to new ventures but also to the rooted telecom companies and try to be an infrastructure company like SEEs (State Economic Enterprises) that close the door on innovation in Turkey.

On the contrary, fiber infrastructure will be the artificial neural and information network of the municipalities. If installed without errors, the solution too many problems, even the quality of the wireless 5G infrastructure, depends on fiber investments. Moreover, the fiber infrastructure alone is not enough. We also need brilliant ideas from more entrepreneurs to learn about a culture of coexistence.

NO ESCAPE FROM INFORMATION ECONOMY

Taxis that carried out the campaign against Uber won a significant victory last week. The consumers, on the other hand, lost one of their alternatives. Even though consumers complain about the prices, service quality and ease of payment, taxi drivers knock the ball out of bounds, claiming taxation and labor theft.

First of all, let's talk about taxation. Questions like who are the true owners of taxi plates, how much tax they pay and why do not they automatically give an invoice, have remained unanswered. For years, there has never been a solution for the problem of trained drivers, which is simply due to the lack of an alternative to change the established order from beginning to end. The number of drivers using iTaksi is still very small.

The Istanbul Metropolitan Municipality competes with other ventures with its iTaksi app, but it is hard to see an iTaksi in operation. In the end, iTaksi users are in need of a municipal initiative in technical service. However, in the system used by replacing the smartphones, the taxi driver can back up the phone. It is always switched on because the driver makes money as long as the system is operational. There are no coins, and the quality is constantly audited and scored by customers. The reason for the interest in Uber in Turkey despite the price is the information received by passengers at each stage along with the quality of service. Uber also has a hard time getting a license in London. However, despite the quality service offered at a short distance in London, Uber can shake the traditional structure with a competitive price.

After all, the future is all about knowing the distance you will go, the duration you will spend on the road and the identity of your driver. There is no escape from the information economy!

Driverless cars, distance education, warnings and solutions for people with disabilities and a culture of coexistence can change our lives with digital habits. The municipalities have to pave the way for the telecom companies in terms of fiber infrastructure for a new digital lifestyle as well as for the companies and educational institutions of the future.

PAPER NOT EXTINCT YET

One of the things people always ask me during meetings is "when will the newspapers go extinct?" The answer I always give is something like: "No, we have not killed the newspaper yet. We will suffer for a little while longer." Over 20 years of internet journalism has caused significant changes. It has not wiped out newspapers but led to complementary structures. Just like the online transformation of the radio. Journalists have begun to use the internet and social networks more as a source of information. The newspaper websites continue to gain a significant share of the digital advertising market. In addition, the color separation in the newspapers and many different printing departments were removed. However, new departments are also being established. For example, journalists using data mining have begun to emerge. The printing systems have also begun to become fully digital.

In the 2018 Office Insights report, Canon announced the latest developments in office trends and printing technologies. Pointing to the ever-increasing interest in digital documents, the report stresses that businesses operating in Turkey aim at making more investments in digital software and solutions. Because they are getting more prints. As long as the wet-ink signature and paper are required as valid documents at state and private institutions, the paper will never come to an end for generations that maintain this reputation.

Businesses in Turkey have a technological environment where digital document solutions such as workflow and electronic data exchange are developing rapidly. According to the report, 70 percent of decision-makers think that printing, scanning and photocopying are important for their organization. In addition, 46 percent of businesses get prints more frequently in Turkey, compared to a year ago. Increasing demand for printing allows businesses to turn to digital software and solutions. In particular, businesses are choosing solutions that will improve workflow and increase work efficiency, productivity and security.

A NEW WAY OF WORKING

The report says the organizations have realized they need technology that can turn documents into digital form within the organization. Around 91 percent of the participants stressed that the conversion of paper documents to digital and editable documents was critical for Turkey. Despite the adoption of digital paper processing in Turkey, organizations in Turkey still see the realization of advanced information technology as a slow and gradual process.

The report, which also includes forecasts on how future offices will look, emphasizes that employees are starting to invest in new ways of working, depending technological developments. Around 70 percent of the participants say it is important to register automatic documents in offices. In addition, the report also points out that the demand for devices that manage office processes will increase.