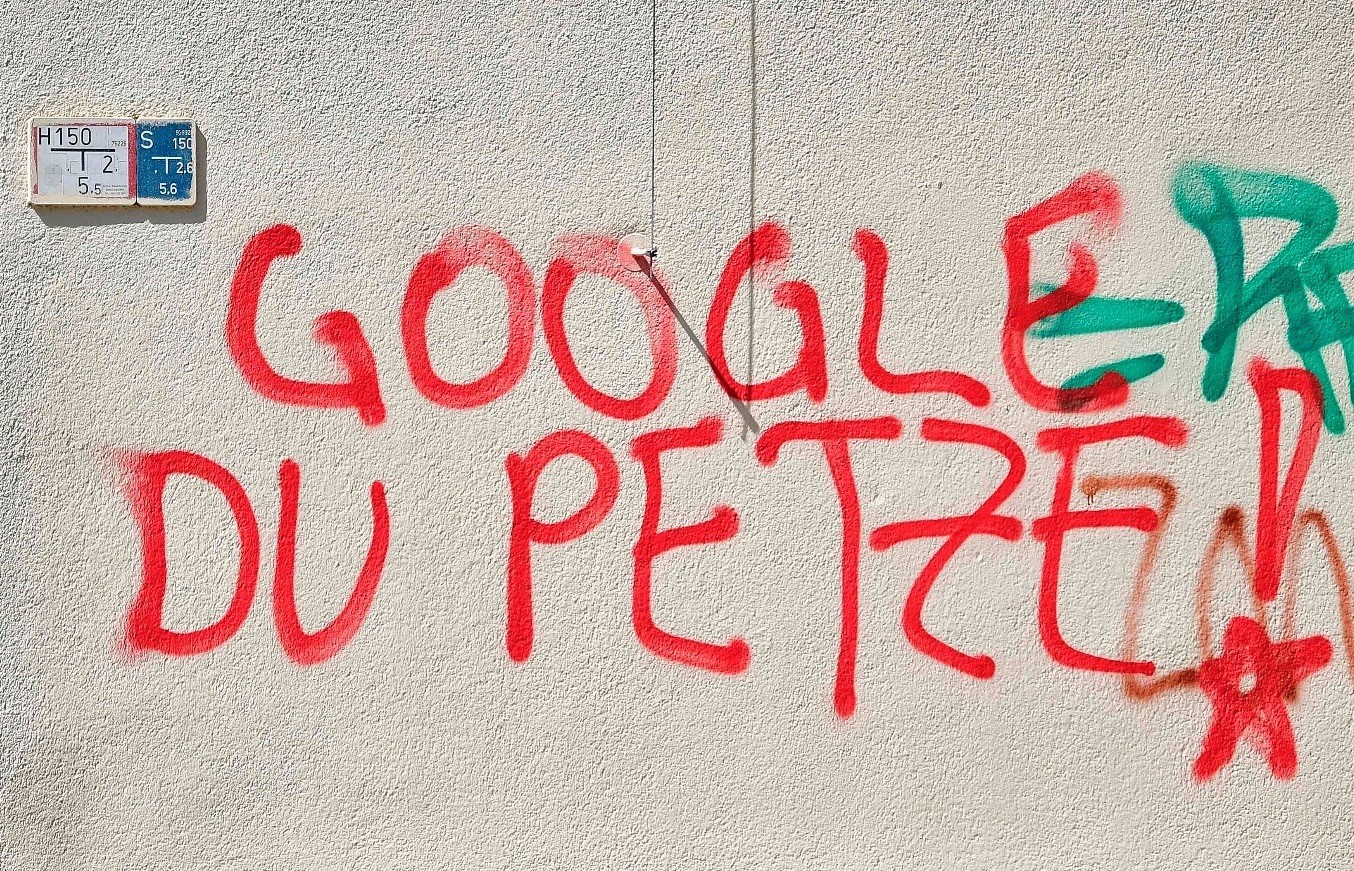 Global cities from Seoul to Tel Aviv have welcomed Google with open arms, but in the bohemian Berlin district of Kreuzberg the Silicon Valley giant has found itself on the frontlines of gentrification trench warfare. Its new Berlin hub now in the making - 3,000 square meters hosting offices, a cafe and a co-working space in a once-derelict industrial building - is set to be the latest outpost of California startup culture in Europe. But a campaign dubbed "F... Off Google" has begun organising monthly demonstrations at the site of the company's future "campus" set to open later this year. The blunt slogan has been daubed atop the layers of posters and graffiti that cover all available public wall space in artsy, multicultural and left-leaning Kreuzberg and adorns the bridges along its tree-shaded canal.

"It's extremely violent and arrogant of this mega-corporation, whose business model is based on mass surveillance and which speculates like crazy, to set up shop here," fumed a hacker and protest leader who asked to be identified only by his alias Larry Pageblank.

With hip Berlin drawing ever more people, and apartment prices steadily rising, "gentrification is gathering pace and loads of people are already being thrown out" of once working-class Kreuzberg, he charged. In fact, Berlin is no stranger to tech culture, and many IT newcomers lure programmers with offers of free beers, snacks or massages at the office and hierarchy-free leadership structures. The city's "Silicon Allee" (Silicon Avenue) companies now make it one of Europe's top destinations for investment into startups, beating London and Paris to the post last year with 3.1 billion euros ($3.6 billion) in capital raised. Google already operates a co-working space, the so-called "Factory" in the affluent hipster neighborhood of Prenzlauer Berg, while home-grown incubator Rocket Internet shepherds a flock of startups towards hoped-for greatness.

One of Berlin's biggest successes, online fashion retailer Zalando, last year reported revenues of 4.5 billion euros less than a decade after its 2008 founding. Such spots of light are vital for a city-state that lags behind wealthier regions in Germany's west and south. Berlin is still recovering from the post-war decades as a relative backwater sliced in half and stranded deep inside communist East Germany, which cost it most of its industrial base. A study by the Cologne Institute for Economic Research last year found German gross domestic product would be 0.2 percent higher if Berlin simply vanished overnight - one possible reason why mayor Michael Mueller is in favor of the Google development.

"The space is meant to be open for other people interested in entrepreneurship and startups," said Google Germany spokesman Ralf Bremer.