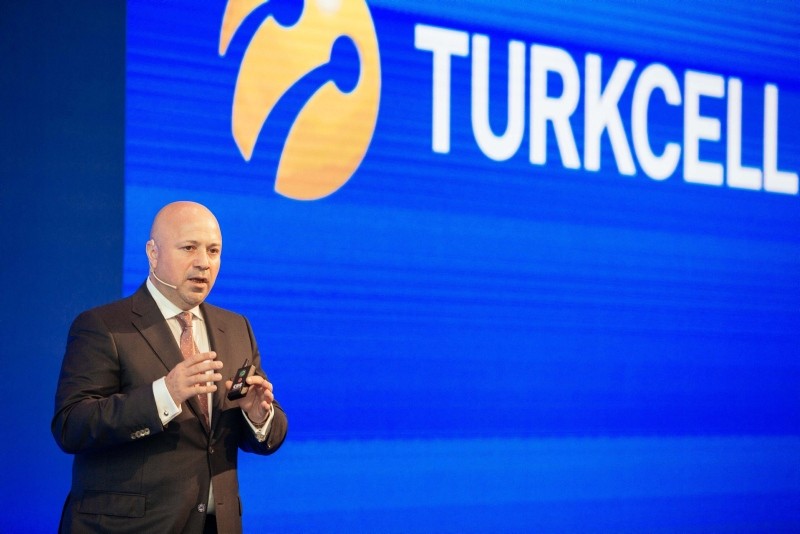 The U.S.-based company's mobile network operator Sprint Corp., blockchain developer TBCASoft and Japanese mobile services provider Softbank are among the founders of the CBSG, according to a press release issued by Turkcell.

Blockchain – a technology that records and verifies transactions safely based on cryptography – provide solutions in a number of areas, from money transfers to marketing.

Kaan Terzioglu, Turkcell's CEO said, "Due to blockchain technology, which gives the chance to transfer valuable digital assets via mobile networks safely, the digital economy will grow fast and new generation services will begin to show up."

The CBSG – founded in September 2017 – aims to provide digital services, especially safe digital payment, authentication and internet of things (IoT) applications to its members and customers, according to the press release.

The press release noted that the consortium also focused on a global money transfer system.

Turkcell is a combined telecommunication and technology services provider, founded and headquartered in Turkey. Turkcell's shares have been traded on the Borsa Istanbul (BIST) and New York Stock Exchange (NYSE) since July 11, 2000, it is the only Turkish company to be listed on the NYSE. Turkcell Group companies operate in nine countries – Turkey, Ukraine, Belarus, Northern Cyprus, Germany, Azerbaijan, Kazakhstan, Georgia and Moldova. The group reported TL 17.6 billion ($3.84 billion) revenue in 2017 with total assets of TL 34 billion as of Dec. 31, 2017.