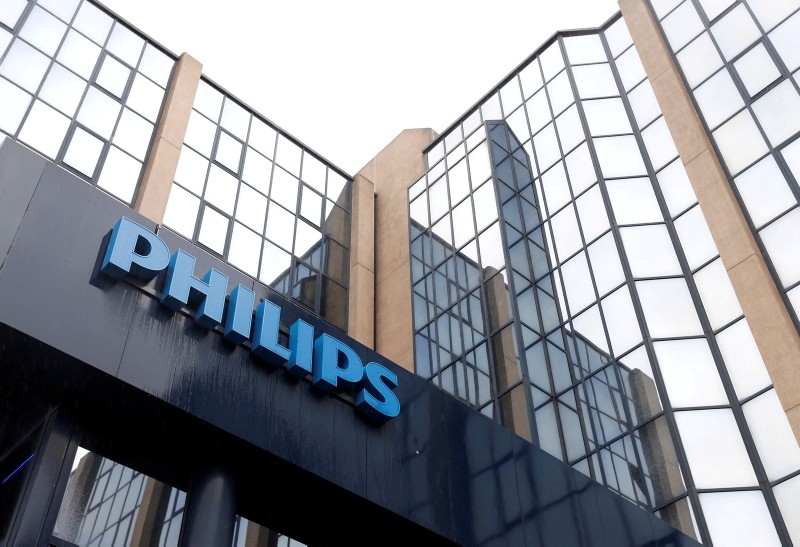 | Reuters Photo
by Jul 24, 2018 12:00 am
Dutch group Philips and three other consumer electronics companies were fined a total 111.2 million euros ($130 million) by EU antitrust regulators on Tuesday for imposing fixed or minimum online prices for their products.

The ruling against Philips, Asus, Pioneer and Denon & Marantz followed a 17-month investigation by the European Commisssion as part of its crackdown on online sales practices such as price restrictions based on a customer's location or nationality.

The investigation, which began in February last year, was one of three that covered a total of 15 companies in the consumer electronics, video game and hotel sectors.

The four companies fined on Tuesday were found to have restricted the ability of online retailers to set their own prices for products such as kitchen appliances, notebook computers and hi-fi products, insisting on fixed or minimum resale prices, the EU said.

Pioneer was also found by the EU to have sought to limit the ability of its retailers to sell across borders. It engaged in illegal practices in 12 EU countries, including France, Germany, the Netherlands and Britain, the Commission said, adding that the other companies did so in one or two countries.

"As a result of the actions taken by these four companies, millions of European consumers faced higher prices for kitchen appliances, hair dryers, notebook computers, headphones and many other products," European Competition Commissioner Margrethe Vestager said in a statement.

Pioneer and Denon could not be reached for comment outside business hours. Asus and Philips did not respond immediately to requests for comment.

Vestager's action comes a week after she dished out a record 4.34 billion euro fine against Google.

The latest fines for Asian and European companies could strengthen the hand of European Commission President Jean-Claude Juncker when he meets U.S. President Donald Trump in Washington on Wednesday. Trump has previously complained of unfair treatment of U.S. companies by the EU.

Vestager said that the Google decision was not political and that if Google had a complaint it could take the Commission to court. Required changes in Google's practices would also give opportunities to other companies, including U.S. businesses, she said.