A mobile device that changes the way you live 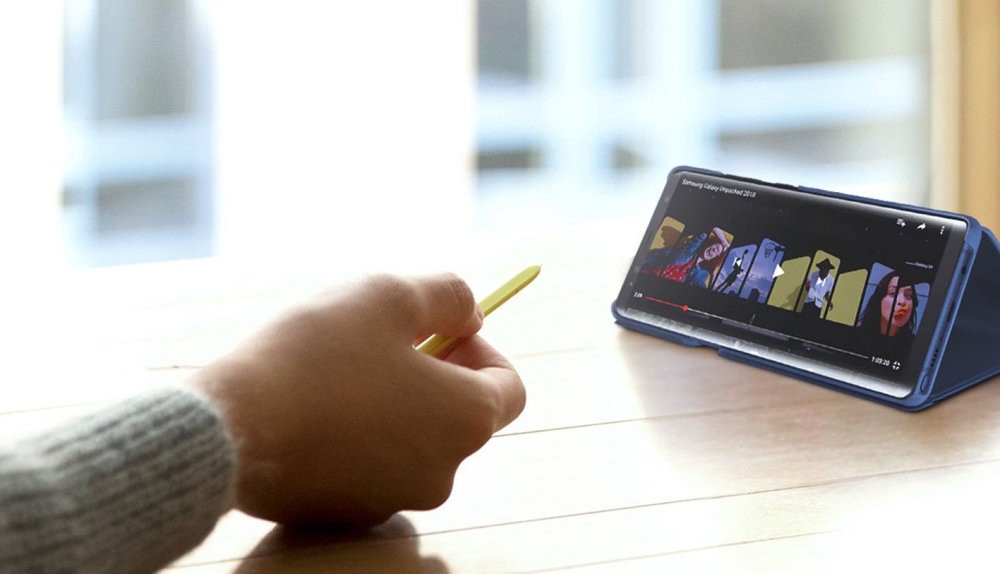 With the Popup Note window that pops up when you double-click the S Pen's button, it is now possible to take notes instantly and send the desired photo or text to someone else in seconds.
by Timur Sırt Aug 18, 2018 12:00 am

To keep up with the constantly changing modern life, it is important to know which mobile device and application to use. Here is Samsung's latest flagship mobile: Galaxy Note 9

Those who constantly take notes are more comfortable managing their lives. You can find yourself writing the name of a song on the pages of the book you read, on a piece of paper in your hand, and sometimes on a napkin. The memory needs to forget to keep itself fresh. The ideas written down keep you alive in the natural flow of life. For those who make these habits using a pen instead of a finger, the Samsung Note series telephones emerged as a good solution. The Samsung Galaxy Note was introduced for the first time at the IFA, Europe's largest consumer electronics fair held in Berlin in September 2011, seven years ago. The first Galaxy Note with a 5.3-inch screen was so astounding that technology enthusiasts who saw this unusually large screen size started to use the term "phablet", a combination of phone and tablet, for the Galaxy Note. Because when the tablet effect created by the iPad combined with the giant screens of the phones, smartphones created a tablet effect.

Now, seven years later, the 6.4-inch giant screen that emerged during the introduction of the Samsung Note 9 sits in the palm with a narrow frame. The pen is now also a remote control, and it is enough to touch the tether on the side of the Bluetooth enabled pen while taking pictures or managing presentations. The Note series phones that appeared seven years ago featured a 1.4 GHz dual core processor, 1 GB memory, 2500 mAh battery, 16GB / 32GB storage space, 2MP front camera and 8MP rear camera capable of shooting Full HD videos. The Galaxy Note, which also allows the expansion of the storage space with the memory card slot, sent the message that nothing would be the same. Now standard storage space starts at 128 GB. With a storage capacity of 512 GB, Note 9 is reaching the 1 TB capacity, which will make it the smartphones envy, with the 512 GB card plugged into the external memory card slot. Proposals offered by operators for the sales of high-end phones are effective. Türk Telekom will launch the sales of Galaxy Note 9 with appropriate installments in Turkey.

In fact, the expectations for photography, storage space and battery have not changed since then. Major hardware improvements were made in the Galaxy Note II. At first, the 1.6GHz quad-core processor was used, while memory was upgraded to 2GB. The 64GB option was also added to 16GB and 32GB internal storage options. Of course, users could upgrade this to 128GB using a 64GB microSD card. Today's standard memory capacity used to stand for a high-end device. With the Popup Note window that pops up when you double-click on the S Pen phone's screen, it is now possible to take notes instantly and send the desired photo or text to someone else in seconds. When you remove the pen from the slot, you get the application options for the action you want to do. With this option, it was also very easy to take handwritten notes on the same pictures taken and share them.

Note 5 has the longest lifespan

Samsung's first smart clock model, Galaxy Gear, which worked in full synchronicity with the Galaxy Note 3, also accompanied the phone. With Galaxy Gear, phone calls could be answered, and messages could be received and sent. The Galaxy Note 3's Super AMOLED display now reached 5.7 inches and Full HD resolution. The Note 5 was used for the longest time in the market. The Galaxy Note was introduced to the world in August 2015 with the Galaxy Unpacked event held in New York instead of the usual IFA festival. The new model has a total of eight cores, four of which are 2.1GHz and the other four are 1.5GHz. The memory was increased to 4G. It came out as the most memorable device in the Note series when Note 7 experienced an unfortunate battery event. Note 5 stood out with the longest life span. 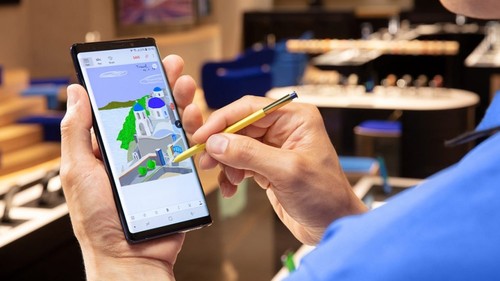 The S Pen makes possible it to take selfies or group pictures, make presentations, pause and play videos and do a lot more with just a click.

Today the new S Pen now offers a completely new way to use the Note with the support of Bluetooth Low Energy (BLE). Now with the S Pen it is possible to take selfies or group pictures, make presentations, pause and play videos and do more with just a click.

- It has 1 TB of memory capacity with more storage space.

- It is more powerful when playing games. Incoming calls appear on the screen while playing a game without interruption.

- With wireless Bluetooth capabilities, Note 9's pen turns into a remote control. You can manage your presentations, photos and video footage, and YouTube videos from the pen which you can use as a remote control.

- The HDMI cable is connected directly to the TV. On the big screen you will have a chance to easily manage the task at hand.

- It will be available in 3 different colors: Black, Lavender Purple and Ocean Blue.

- Bixby smart assistant is getting more talented. However, it is a pity that it does not support Turkish.

- Users take at least one photo every day with the phone. The camera works like a smart assistant and warns users of basic faults, while enabling high-resolution photography in low light.

The new Galaxy Watch help you monitor against stressful city life. The device detects a high-level of stress automatically and will offer breathing exercises for the user to relax. The developed sleeping function monitors all sleep stages including REM movements, thus, helping users regulate their sleeping habits and start the day in a refreshed mood.

The Galaxy Watch helps users in other areas of healthy life, including fitness. A total of 39 different training types can be monitored with the Galaxy Watch, with the newly added 21 indoor exercises. Given the fact that a balanced diet is as important as exercise, the monitoring of calorie intake with the Galaxy Watch and programming of personalized warnings are very convenient.

The long battery life of the Galaxy Watch, over 80 hours, removes the need for recharging every day. In the morning users can take advantage of features such as reminder notes, weather updates and up-to-date versions of their calendar. 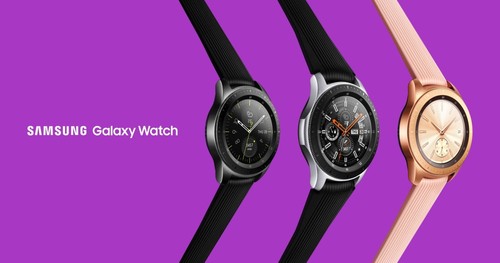 Galaxy Watch has a battery life of 80 hours.

The Galaxy Watch offers stylish options for users with Silver, Night Black and Pink Gold color options, as well as 46 mm and 42 mm versions. In addition to this variety, users can personalize the look of the Galaxy Watch by choosing the most appropriate version from different interface options to different watch straps. Among these strap options are the products of Braloba, a high-quality watch strap maker.

The Galaxy Watch has all the features inherited from the Samsung smart watch with its special circular and rotating bezel, which is the symbol of the brand, while featuring digital display and improved handling capacity specific to the "Always on Screen" mode. For the first time, the Galaxy Watch brings the tick-tocks of analog watches and signals reminding the top of the hour.

Underlining that technology should be domesticated in the market where advertisers are domestic, Türk Telekom CEO Paul Doany announced that they are cooperating with Admatic, a domestic and smart digital advertising platform.

He stressed that choosing domestic platforms that provide added value to the country instead of these firms will strengthen the country's economy. "In an ecosystem where advertisers and publishers are domestic, the technology platform used in between must also be domestic," Doany said. "By fulfilling all responsibilities on this field, Türk Telekom will continue to support the state and the nation by posing an example to the sector with determination and will open this platform abroad in the future."

Google and Facebook are clearly generating the biggest revenue in the digital advertising market. Türk Telekom, leading the "do not give ads to the U.S." campaign and cutting its advertising budget allocated to global companies in the U.S., continues to develop and use domestic and national technology platforms within the scope of its digital advertising solutions.

"Everyone must keep the end of their bargain against the economic sanctions towards Turkey. We signed a cooperation agreement with the Admatic Group, a Turkish technology platform, taking into consideration that some global firms that generate a large amount of advertising revenue from our country in the digital advertising market do not pay taxes because they are not subject to our fiscal system and that they are not subject to BTK regulations as well," Türk Telekom CEO Dr. Paul Doany said. "Thanks to this cooperation that will create a synergy with our existing Programattik platform, we have launched a new movement that will serve as a sectoral example for the use and development of domestic and national technology platform alternatives. Choosing domestic platforms that provide added value to the country will keep the high media expenditures flowing abroad to this day and will strengthen the country's economy in this difficult time."

Admatic Group Co-Founder Tansel Okan underlined their ability to survive despite difficult competition conditions on the road they set out four years ago in order to break the foreign monopoly in the advertising sector, adding that they are closer to the goal of having a domestic and national platform to have more say in this country.

"In the sector where our global competitors do not provide taxes and employment and therefore work at a lower cost than us, we ensured trust with our publishers without even delaying the same payment system as our competitors for four years even for a day. Today we have a strong and reliable relationship with over 4,000 publishers," Okan continued. "Our vision is to have a say in the global markets in the near future with Admatic fully developed by domestic software engineers. Now we will walk even stronger on this road side by side with one of Turkey's most important companies, the technology giant Türk Telekom. Developing domestic technologies that will be beneficial to these lands will be our priority in the future."