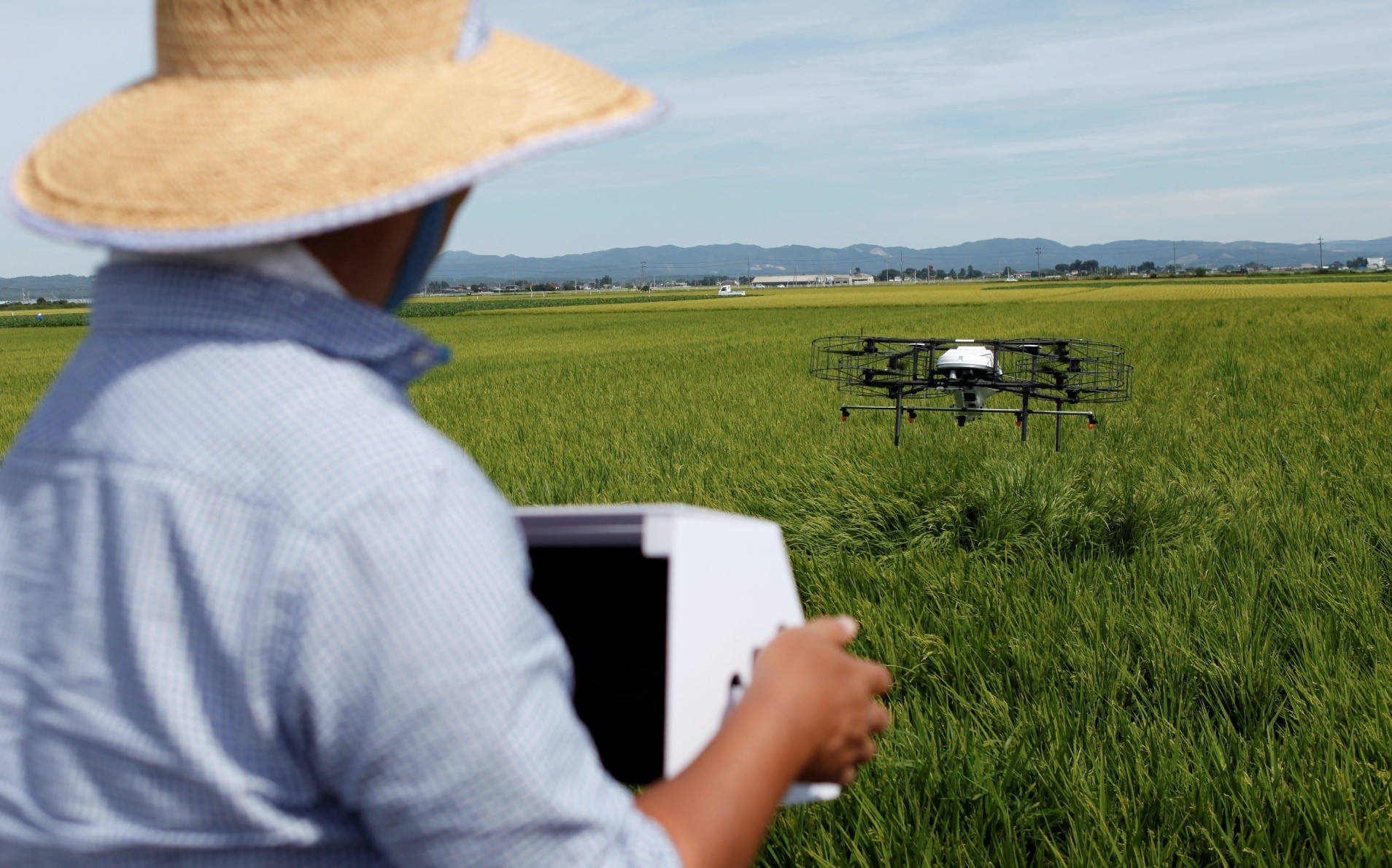 Developers of a new agricultural drone say it offers high-tech relief for rural communities facing a shortage of labor as young people leave for the cities. It has been tested by farmers for several months

The next generation farmhand in Japan's ageing rural heartland may be a drone. For several months, developers and farmers in northeast Japan have been testing a new drone that can hover above paddy fields and perform backbreaking tasks in a fraction of the time it takes for elderly farmers.

"This is unprecedented high technology," said Isamu Sakakibara, a 69-year-old rice farmer in the Tome area, a region that has supplied rice to Tokyo since the 17th century.

Developers of the new agricultural drone say it offers high-tech relief for rural communities facing a shortage of labour as young people leave for the cities.

"As we face a shortage of next-generation farmers, it's our mission to come up with new ideas to raise productivity and farmers' income through the introduction of cutting-edge technologies such as drones," said Sakakibara, who is also the head of JA Miyagi Tome, the local agricultural cooperative. The drone can apply pesticides and fertilizer to a rice field in about 15 minutes - a job that takes more than an hour by hand and requires farmers to lug around heavy tanks. The Nile-T18 was developed by drone start-up Nileworks Inc and recently tested in collaboration with JA Miyagi Tome and trading house Sumitomo Corp.

Their aim is to ease the physical burden and improve productivity in rural areas battling decades of falling birth rates and migration to urban areas. In Tome, farmers are an average 67-68 years old and they may only have another 4-5 years of farming left, Sakakibara said.

"It's a matter of whether the body breaks down first, or the tractor," he added.

Compared to larger radio-controlled mini-helicopters that cost around 15 million yen ($135,758) with spray equipment, the drone is smaller and cheaper, with a pricetag of about 4 million yen. Nileworks is negotiating with authorities to allow operators to fly its drone without a license. It can be controlled with an iPad and runs on mapping software that is simple to operate.

"Our ultimate goal is to lower rice farming costs to one-fourth of what it is now," Nileworks President Hiroshi Yanagishita told reporters.

The drone can quickly analyze a rice stalk and determine how much pesticide or fertiliser it needs, making it easier for farmers to judge their input needs and estimate the crop size. Nileworks plans to start selling the drone in May, with an annual target of 100 units in year one and 4,000 in five years. Other drone makers such as SkymatiX Inc, jointly owned by trading house Mitsubishi Corp and electronics maker Hitachi Ltd, are offering drone services on farms. Shota Chiba, a 29-year-old farmer in Tome, said technology can modernise farming and lure young people back to the land. "People still have a strong stereotypical image of farming as a dirty and hard-labour job, but it's no longer all true thanks to gradual mechanization," Chiba said.