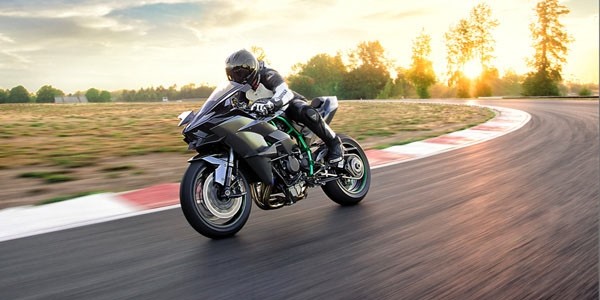 Turkey's first aerospace and technology festival "Teknofest Istanbul," scheduled to be held at Istanbul New Airport from Sept. 20-23, is set to host an unprecedented race.

If the race to be followed by many foreign journalists takes place as planned, it will make an important contribution to the international promotion of both Turkey and Istanbul New Airport.

Teknofest Istanbul is being organized by the Turkey Technology Team Foundation (T3) and Istanbul Metropolitan Municipality to promote and to showcase Turkey's rapid technological advancement.

Selçuk Bayraktar, the chairman of the board of trustees of the Turkey Technology Team Foundation, said: "We will have great surprises at the opening of the festival. One of them will be bringing the world's fastest super cars here. Turkey will be promoted all over the world."

Turkey's ace motorcycle racer, Kenan Sofuoğlu, announced in May that he would retire after one final match in Italy, ending his 15-year racing career with five Supersport World Championship titles.

He was elected as a parliamentarian of the AK Party from Sakarya province in the June 24 parliamentary elections.

Planning to race a Formula-1 car and aircraft instead of motorcycles this time on the track, Sofuoğlu was quoted by Demirören News Agency (DHA) as saying that they have decided to hold an unprecedented race at the festival, noting that they are bringing Red Bull's Formula-1 car and a few fast sports cars, as well as holding talks with Turkish Airlines and Turkish Stars in this scope. "We are planning on filming before the festival. It has yet to be clarified, but we are preparing for it. It will be a race that has never been done with the world's fastest vehicles," he continued. "We are preparing for a race with a 400-kilometer-per-hour motorcycle, a Formula-1 car, a SoloTürk and THY airplane, sports cars and a Tesla automobile. It has yet to be clarified. I will ride a motorcycle that can reach 400 kilometers per hour. As a five-time world champion, I preferred the motorcycle as the most accurate choice."

As a legendary name in the motorcycle world, Sofuoğlu said Teknofest will be a nice organization sure to attract the attention of young people, adding it will also promote Turkey and the new airport to the world. "Of course, it is not possible to beat the Formula-1 car, according to the horsepower figures, but of course winning the race is not the important thing here," Kenan Sofuoğlu stressed, saying that they will conduct some trial runs before the event.

"Everyone will be each other's opponent. We do not know yet if the Formula-1 car, SoloTürk or the motorcycle are possible. We will do some relevant tests. Of course, their specs are not related to each other at all," he said. "We are making plans for how to make a race out of it. We are preparing for a race that has never been tried before. I am also wondering how fast we are in comparison to the Formula-1 car and aircraft."

The most important part of the festival will be the technology competitions organized in 12 different categories. By providing competition teams with technical equipment support to design and develop their own projects during the preparation process, it is aimed to support the youth's technological developments. The competition accepts applications from a wide range of age groups, from secondary school students to post graduates.

More than 20 partners including government bodies, private companies and academic institutes will support the event.