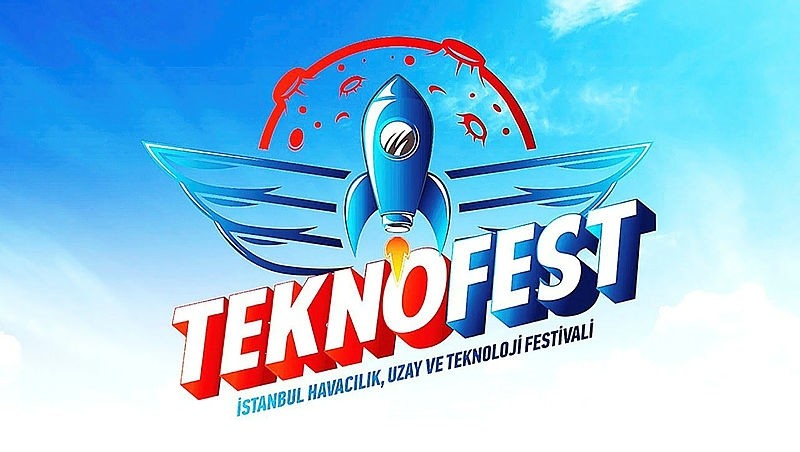 Teknofest Istanbul's introductory meeting offered new insights into the festival's missions, goals and events, according to a press release Wednesday.

The meeting highlighted the technology competitions that will be the most important parts of the festival, which includes 750 teams and more than 2,000 contestants.

By providing competition teams with technical equipment support to design and develop their own projects during the preparation process, the event aims at supporting young innovators' technological developments, Teknofest said at the meeting.

Organized with the support of Roketsan and the Turkey Technology Team Foundation, Teknofest's Rocket Competition kicked off in Lake Tuz, the country's second largest lake located in the Central Anatolian region, between Sept. 11 and 14.

Turkey took its place as the world's second country to organize a successful rocket competition after the U.S.

"Istanbul is a city conquered by using technology that was beyond its time; therefore, it is a city that also started a new era. Technology is in the roots of Istanbul. It is an ancient city with a history of mankind's first flight attempt," Uysal said.

Twenty-eight high school and university-level teams were selected, among 152 applicants, to take part in the competition that aimed to promote aerospace technology and encouraged students to advance their skills by performing seamless launches under supervision.

The vertical wind tunnel took place in Istanbul's busiest district, Taksim Square, providing passers-by with free flight experiences for five days. Similar to a free sky diving simulator, the tunnel will continue to perform at the Teknofest festival on Sept. 20 and 23.

The free flight experience consists of lifting people 5-6 meters high into the air with jet propeller-generated high air pressure for educational and entertainment purposes. The tunnel allows up to 20 people to perform simultaneously for three minutes each, providing an exciting experience for participants.

Organized by the Technology Team Foundation and the Istanbul Metropolitan Municipality, Teknofest will also hold a travel hackathon that gives competitors 48 hours to develop travel solutions at the Turkish Airlines sponsored event.

On Saturday, Sept. 22, there will be a full-day seminar series by famous technology entrepreneurs, senior executives of global technology companies and an astronaut.

"The HackIstanbul 2018 Capture the Flag" contest will take place on Sept. 22. Thousands of hackers from 132 countries are expected to attend the contest, where well-known experts will also deliver their speeches, according to the contest's website.

With the guidance of numerous experts, contestants will showcase their skills in uniquely designed cyber-attack scenarios and will attempt to hack the systems that were specially designed for them.

The top 10 teams selected in the preselection stage will take part in the challenging 18-hour competition on Sept. 22.

"Hackers skills will be pushed to the limits by advanced real life cyber-attack scenarios prepared under the guidance of world's foremost experts," the website said.

The contest will also be followed closely by the European Cyber Security Organization (ECSO) and Romania's Science and Technology Ministry.

The WDC, which will break the record as the competition in which the highest number of countries are participating for the first time, will determine the best in the world among drones which can reach a speed of up to 250 km/h (155 mph).

The competition, specially organized through the efforts of the Drone Racers Sports Club for those who are interested in drones, involves pilots that will compete with drones which they designed and montaged themselves.

A total 64 sportsmen from more than 25 countries – including China, Japan, Brazil and the U.S. – will participate in the WDC organization.

The summit will be focused on qualified technology startups from five strategic sectors, including energy and environmental technology, health and wellness, logistics, space technology and defense, education, and agriculture and food.

Teknofest Istanbul will take place on Sept. 20-23 as part of a "national technology move."