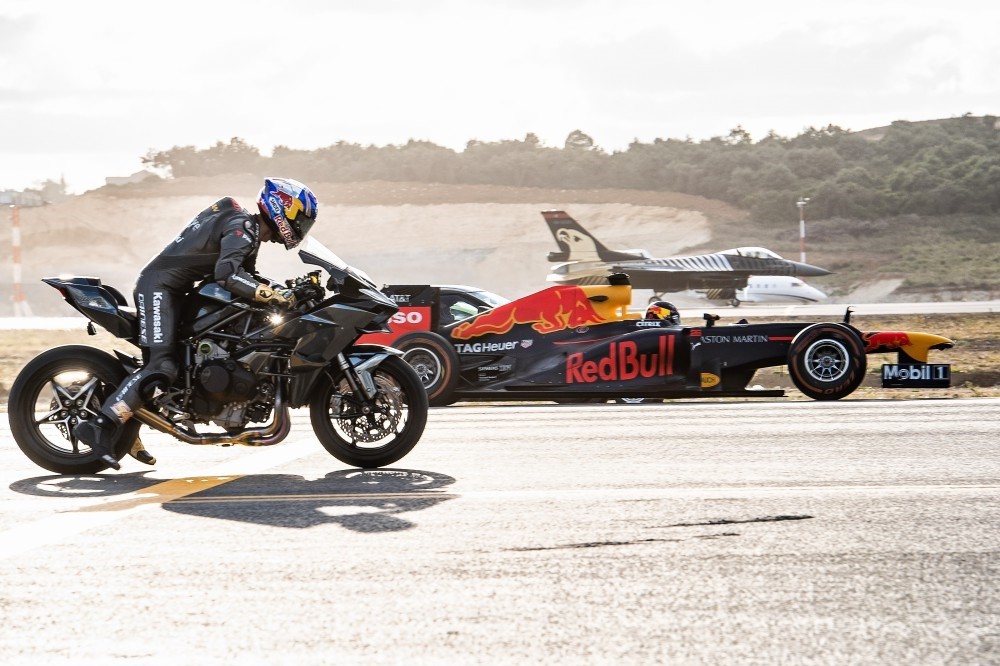 The long-awaited aerospace and technology festival, Teknofest kicked off at Istanbul's new airport. The festival began with an unusual race between a motorcycle, a Formula One racing car, a fighter jet and sports cars

All eyes were on Turkey's first aerospace and technology festival, which opened its doors yesterday at the Istanbul's new airport. 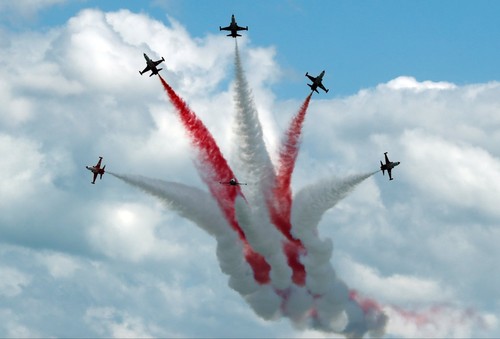 Sofuoğlu, who finished the quarter mile-long race in 9.43 seconds, ended the race 0.04 seconds ahead of the Red Bull Formula One racing car. In the end, Sofuoğlu fulfilled his dream of racing against an F-16 and a Formula One car.

Turkey's ace motorcycle racer, Sofuoğlu announced in May that he would retire after one final race in Italy, ending his 15-year racing career with five Supersport World Championship titles.

He was elected as a parliamentarian of the AK Party from Sakarya province in the June 24 parliamentary elections.

During his speech at the opening ceremony, Selçuk Bayraktar, chairman of the T3 board of trustees and technical manager of leading Turkish unmanned aerial vehicle (UAV) producer Baykar, said they hope Turkey will come to much better points and the right place with its national technology, its own space program and aircraft.

"One of the main objectives of Teknofest Istanbul is to realize this national technology move thanks to national passion and turn it into social mobilization. We saw that mobilization could only be realized with social ownership, and we established the T3 Foundation with a group of friends," he said.

Moreover, a virtual hangar also open at the festival as part of Teknofest's virtual reality (VR) application. It allows visitors to see newly designed aircraft and helicopters through VR headsets.

The visitors were also able to see the national fighter jet, which is still in its design phase, in detailed 3D.

The Turkish Air Forces aerobatics team, the Turkish Stars, performed a 30-minute demonstration on the sidelines of the event. Visitors also witnessed a low-fly show performed by SoloTürk at the event.

The event is expected to make an important contribution to the international promotion of both Turkey and Istanbul New Airport, whose official opening is scheduled for Oct. 29. The four-day festival will feature a number of events, including various air shows, aviation demonstrations, technology competitions, rocketry, hacking competitions, an air vehicle exhibit, seminars on cutting-edge technology and an international entrepreneurship summit.

Moreover, an international "Take-Off Istanbul" start-up summit; the "HackIstanbul 2018 Capture the Flag" contest, which will gather thousands of hackers from 132 countries worldwide; and the "World Drone Cup" tournament with 64 competitors from 26 countries will be held on the sidelines of the festival.

There will also be 12 competitions with the participation of Turkey's leading defense and technology institutions and corporations, including Aselsan, Baykar, IGA, Isbak, Roketsan, Turkish Aerospace Industries (TAI), THY, the Scientific and Technological Research Council of Turkey (TÜBİTAK) and TÜRKSAT. More than 20 partners, including government bodies, private companies, academic institutes as well as the Turkish Radio and Television Corporation (TRT) and Anadolu Agency (AA) are supporting the event. Around 750 teams and over 2,000 competitors, including university and high school students, are expected to participate in the technology competitions.