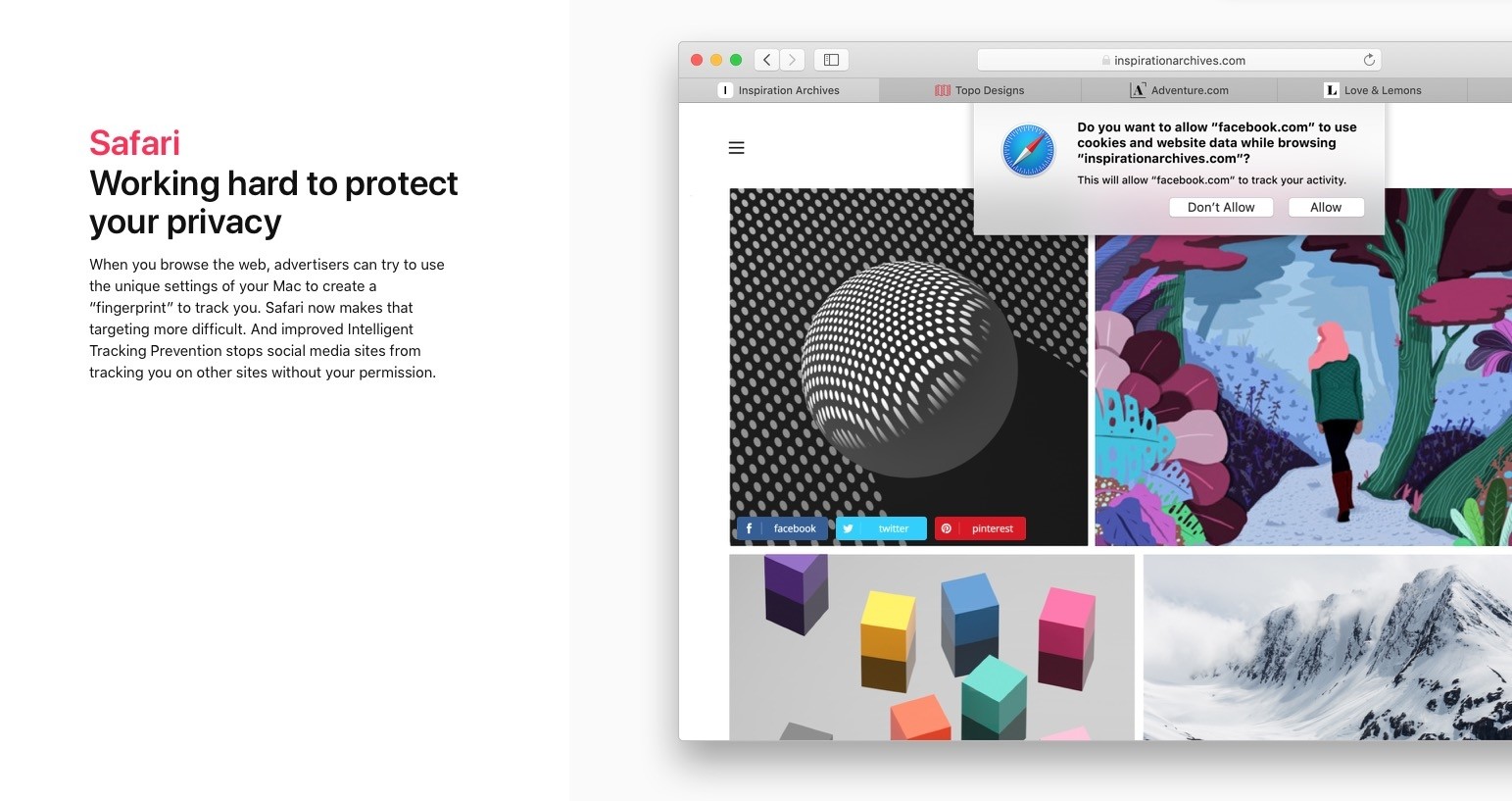 A rather meaningful website has been used as an example for data farming on Apple's newly-released version of the macOS: Facebook.

In the tutorial for the new macOS Mojave, the Cupertino-based tech giant chose Mark Zuckerberg's social network which has over two billion users. Giving an example for websites tracking private information, the screen showed "facebook.com," which totally made sense as the company has been mired in countless controversies over sharing private data of users, and the Cambridge Analytica scandal.

In the tutorial, a screen grab with Safari open shows a pop-up asking the user "Do you want to allow 'facebook.com' to use cookies and website data while browsing 'inspirationarchives.com'?"

"This will allow 'facebook.com' to track your activity," it says. The interesting point here is that there is no such website as "inspirationarchives.com," but there is Facebook, all tangled in allegations of privacy breach of all kinds.

News broke early this year that a data analytics firm once employed by the Trump campaign, Cambridge Analytica, had improperly gained access to personal data from millions of user profiles. Then a congressional investigation found that agents from Russia and other countries have been posting fake political ads since at least 2016. Zuckerberg appeared at a Congressional hearing over Facebook's privacy policies in April.

Facebook has also been shaken by a breach affecting 50 million users' information.

According to a report by The New York Times, Facebook found the breach earlier this week. Hackers had used a part of the social media platform's code to take over user accounts.