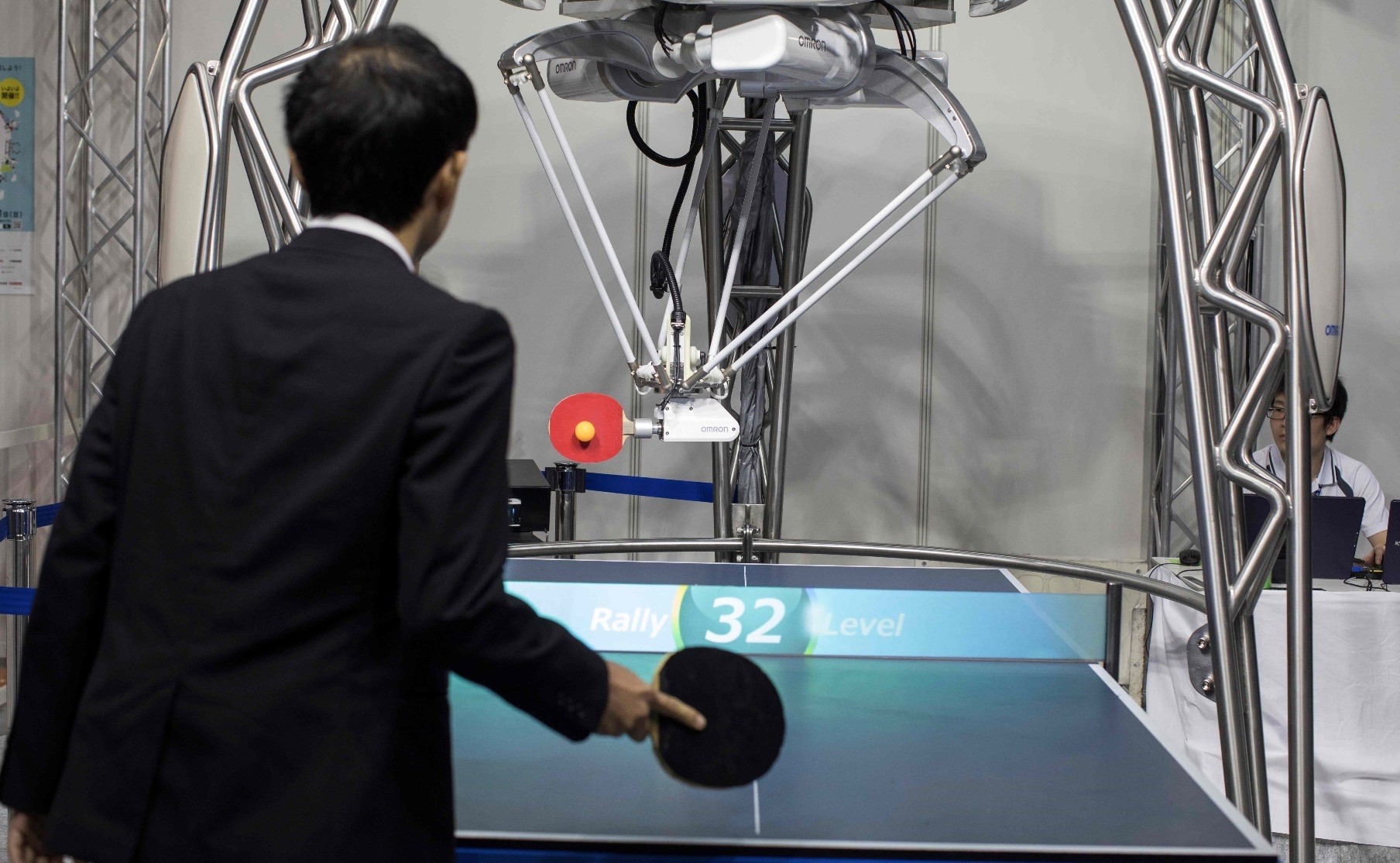 A table tennis robot developed by automation parts maker Omron returns a shot to a human player at the World Robot Summit in Tokyo, Oct. 18.
by German Press Agency - DPA
Oct 19, 2018 12:00 am

Forget flashy humanoids with their gymnastics skills, at the World Robot Summit in Tokyo the focus was on down-to-earth robots that can play table tennis with you, go shopping and build houses

Japan kicked off the World Robot Summit on Tokyo's waterfront on Wednesday, providing a glimpse of how humans and robots can coexist and cooperate. The five-day event, held at the Tokyo Big Sight convention center, consists of two major venues - the World Robot Expo (WRE) and the World Robot Challenge (WRC). At the expo, more than 90 companies, municipalities and organizations, many of which are from Japan, are displaying and demonstrating state-of-the-art robotic technology.

Visitors can see and experience the latest robotic technology used in factories, hospitals and homes and in the field of nursing care, while experts were invited to discuss how humans and robots would live together in the future. Japan's largest carmaker Toyota Motor brought the latest rehabilitation robot called Welwalk to the summit. It is designed to help people who are partially paralyzed to conduct gait training. "You may ask why in the world carmaker Toyota has developed rehabilitation robots," said company engineer Hitoshi Konosu. "Well, we consider ourselves a mobility company. Walking is fundamental to mobility."

Since Toyota unveiled the Welwalk devices last year, 60 hospitals in the country have been using them, Konosu said. The engineer has spent about 10 years using advanced robotics to produce rehabilitation robots, he said.

"In Europe, rehabilitation robots were introduced about 10 years ago. However, in Japan, we've started to see them these last few years," he said. The carmaker is keen to export rehabilitation robots to neighboring countries, such as China. Many companies are demonstrating collaborative robots at the expo, and they expect the market to grow significantly. Manufacturers want collaborative robots because of a lack of skilled workers and increasing labor costs, said Ryosuke Iwamoto, an official at Yaskawa Electric. "They want to work out a cost-effective way."

Japan has struggled with labor-shortage issues for more than a decade. The situations in outlying regions are worse.

"More factories are located in rural areas, where they have been suffering from depopulation and salaries are relatively lower," Iwamoto said.

This year's event is being held as a preliminary event to the bigger World Robot Summit in the prefectures of Aichi and Fukushima, scheduled for 2020.