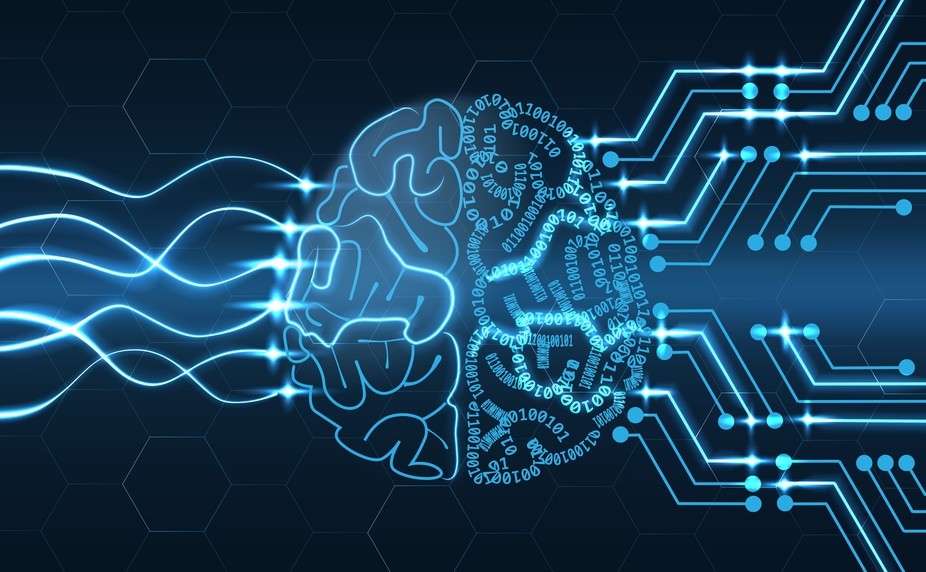 With accurate predictions, artificial intelligence solutions warn users before errors and accidents occur in the fields of transportation and production. By predicting the breakdowns in transportation vehicles in advance

With regards to artificial intelligence (AI) technology, robots and unmanned aerial vehicles (UAVs) come to mind first. However, AI allows us to use the tools of transportation and production more accurately today. Artificial intelligence ventures emerging from Turkey foresee the errors in railways, predict where in the factory the faulty production is occuring, and inform banks, finance and retail companies of theft in payments.

The global AI market is expected to reach $35.9 billion with a 57.2 percent increase by 2025. According to a new report by Grand View Research, it is estimated to reach $59 by 2025 with other industries using artificial intelligence, meaning that the contribution of the transportation and production area alone changes the way of doing business. Harvard University alone devoted $1 billion to the establishment of an AI department. Similarly, it is also imperative to systematically support ventures in artificial intelligence in Turkey.

Investments to be used efficiently

Turkey has made significant investments in transportation. There is a need for smart solutions of ventures for the healthy operation of investments in land, sea and airways. The quality of infrastructure investments should be maintained, and efficiency should be increased. This is where artificial intelligence solutions come into play. If accurate analysis can be done with AI technology before accidents occur, people are saved without risk. If correct predictions can be made from human error to the malfunctions that can occur in materials and vehicles, first and foremost human life is saved, and efficient working environment is created. Both institutions and ventures use AI technologies for industry 4.0 projects that will increase productivity in production.

Barış Özistek pointed out that the world is entering a new era today thanks to the technologies produced by the information society since the internet entered our lives. "We all know that the most important technologies that will shape and build our future will be blockchain and artificial intelligence. Artificial intelligence solved the problem of reason, while blockchain technology solved the problem of trust," Özistek said.

In his speech, Barış Özistek said that AliPay and WeChat Pay reached 800 million users in China, where the technological developments are very quickly accepted by the public, and that even beggars are asking for money with the applications such as AliPay and WeChat Pay on their mobile phones.

Özistek continued, "If we do not want to give money to the beggar we say no change. The Chinese do not have that excuse. Those who want to give alms pay the beggar by reading the QR code on their mobile phones and using the digital payment system." Adding that even in the street market in China, there is a QR code in front of the stall of a woman selling apples, which enables you to pay by reading it on your cellphone, Özistek said no one takes the chance of carrying money or risks shopping with counterfeit money, highlighting that everything is cleanly and smoothly solved with digital payment systems.

TİM Chairman İsmail Gülle, who gave examples about Turkey's status at the recently held entrepreneurship awards ceremony, said that according to the 2018 Global Entrepreneurship Index, Turkey ranks 37th among 137 countries with much higher rankings in start-up capabilities and innovation. Starting out with the Türkiye Ekonomi Bankası (TEB) in 2015, Gülle stated that they have started to open the TİM-TEB Venture Houses that will contribute to the entrepreneurs who shed light on the future of Turkey. He stressed that they have trained more than 650 entrepreneurs so far.

Gülle said that the entrepreneurs in the TİM-TEB Venture Houses achieved a turnover of TL 330 million ($58.35 million) last year and that their exports increased day by day, underlining that entrepreneurs successfully completed many technological developments. Noting that an entrepreneur reduced carbon emissions by 500,000 tons through an intelligent energy management system developed by AI technology, while another entrepreneur developed early warning systems for failure with artificial intelligence and cloud-based software in areas such as railways, wind turbines, and maritime, Gülle informed that an entrepreneur also developed a dressing that provides rapid and effective treatment of chronic open wounds.

Cloud service investments in the global health care sector are estimated to reach about $10 billion by 2020.

The technology provides critical solutions for the healthcare industry at a more affordable cost. Hospitals have to cope with the increase in the amount of data from a variety of sources, including mobile devices and sensors that monitor health. The need for instant data on many issues, such as keeping patients' data safe, is growing every year.

Radore Data Center General Manager Sadi Abalı stated that they provide infrastructure services to many companies from the health care sector. "All health institutions, especially hospitals, are taking big steps in digitization in order to better serve patients. However, the large size of the stored medical data and the confidentiality of the medical information of the patients are the biggest challenges in this process," Abalı said. "Considering all this, we observe that health care providers invest in current technologies and data centers to provide fast and uninterrupted service to their IT infrastructure and to accommodate them in safer environments."

Abalı underlined that hospitals are one of the most important targets of data thieves, adding the vast majority of data theft is caused by human error. "The data released by the Identity Resource Center in the first half of 2017 revealed that about 25 percent of the attacks that resulted in the theft of personal data were related to the health or pharmaceutical sector. Prepared for many types of attacks, data centers provide a structure for taking necessary measures to ensure both cyber and physical security," Abalı noted.

No patience for interruptions

Unless redundancy is provided even in the best infrastructures of the world, there may be disruptions. Therefore, no matter how large the investment in the main system is, an appropriate backup infrastructure is required. Data centers, which are prepared for any power outage or natural disaster, have a backup and recovery infrastructure that cannot be provided in any health facility. Thus, thanks to both redundant infrastructures and back-up data, interruptions can be eliminated without any reflection to users. 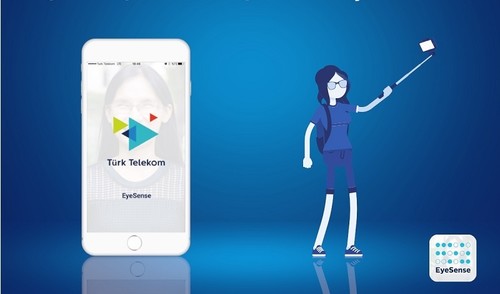 With audible warning system developed for visually impaired people, Türk Telekom has added object recognition feature to the EyeSense application that takes both selfies and photos by using front and rear cameras of the phone. For the first time in Turkey, an application that can recognize objects with an audible warning system facilitates the lives of visually impaired people.

With the Object Recognition feature added to the EyeSense application, a solution that facilitates the lives of the visually impaired is emerging. The application is quite simple to use. In this way, for the first time in Turkey, visually impaired people will be able to recognize objects with audible warning system. Users will be able to hear the definition of the object with the voice recognition system by directing their smart phones towards the item, thus easily distinguishing the objects around them.