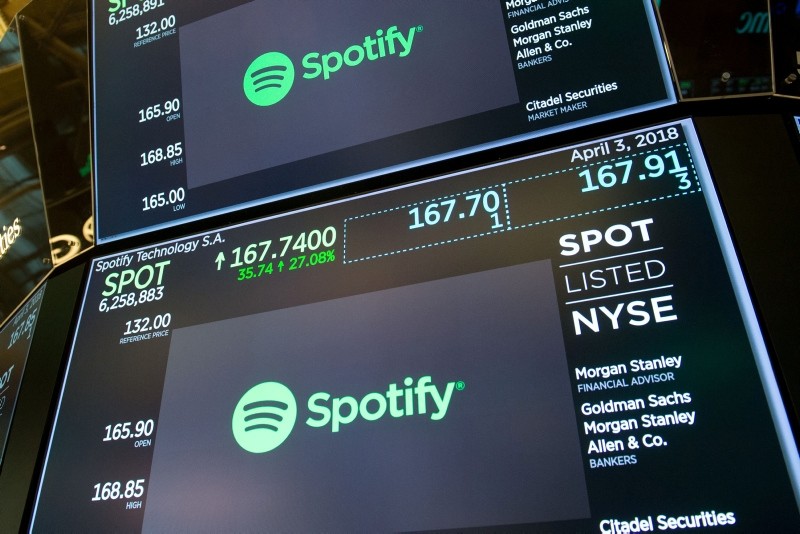 Spotify said the number of paid "premium" subscribers rose to 87 million in the quarter, and it posted a first-ever profit of 43 million euros ($49 million) as a result of a tax adjustment.

Total revenue was $1.35 billion, up 31 percent from a year ago, largely in line with forecasts.

But Spotify's growth outlook was weaker than expected, forecasting revenue increases of between 18 and 35 percent in the coming quarter.

It said it expected total users to rise 24 to 29 percent to between 199 and 206 million, with premium subscriptions growing to between 90 and 96 million.

Spotify is in fierce competition with streaming music rivals offering both subscription-based and ad-supported services.

These include Apple, Google-owned YouTube and Pandora, which is being acquired by SiriusXM.

Apple, set to release its quarterly results later Thursday, has most recently said it has 50 million subscribers for its music service.

Spotify this week said it would offer U.S. premium subscribers a free Google Home Mini to enable them to more easily listen in their homes, a move expected to cut into Spotify revenues.