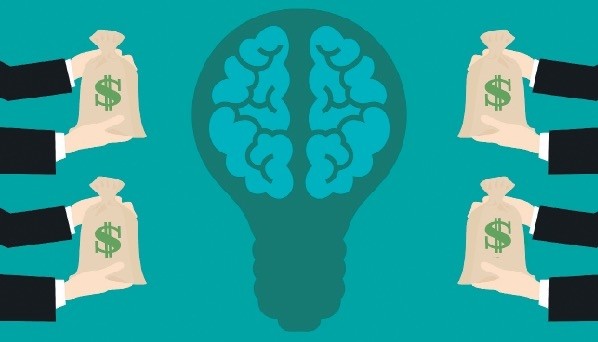 A project that plans to give over a billion liras of funding to Turkish research and development centers as well as to entrepreneurs has kicked off with TÜBİTAK offering TL 100 million ($18.7 million) funding to the ecosystem

The Turkish Scientific and Technological Research Council (TÜBİTAK) made its first move in a new initiative to create funding for technology entrepreneurship and startups by dedicating TL 100 million to it. The funds are expected to reach TL 1.8 billion in total and the projects they will be invested in have been announced after being selected among applications from Technology Development Zones, Technology Transfer Offices and Research Infrastructure Centers, completing the first step of the three-step program to support technology entrepreneurship and startups.

The projects that will be part of TÜBİTAK TEYDEB's Venture Capital Support Program have also been announced. The program intends to provide seed funding for research and development-heavy projects using venture capital funds. Technoparks and venture capital funds will work together. In the first stage of the program, which TÜBİTAK has dedicated TL 100 million to, 334 early-stage tech startups are planned to be invested in as part of the TÜBİTAK Tech-InvesTR Venture Capital Support Program.

The funds of TÜBİTAK Tech-InvesTR Initiative are expected to reach TL 862 million, of which TL 112 million is expected come through Technology Development Zones, Technology Transfer Offices and Research Infrastructure Centers and TL 750 million through third party national and international, institutional and individual investors, in addition to its TL 100 million budget.

A cooperation agreement was signed between TÜBİTAK and the Ministry of Treasury and Finance in order to ensure that the program can proceed in a sustainable manner within Turkey's venture capital ecosystem, following this, TÜBİTAK started its Tech-InvesTR Venture Capital Support Program on June 14, 2018. TÜBİTAK has announced that the initiative attracted 34 applicants out of 23 institutions, namely 13 Technology Development Zones, nine Technology Transfer Offices and one Research Infrastructure Center. Said institutions seeking to join 10 different funds presented their projects. The projects are said to be high-technology research and development-heavy projects with some emphasizing medical and biotechnological sciences. The projects are also expected to be a positive contribution to already existing venture capital funds. Problems such as finding new projects and gaining experience are also expected to be addressed as venture capital funds of institutions such as Türk Telekom join the initiative.

Rina Onur, founding partner of 500 Istanbul, has expressed that while being late the decision was a welcome development and said, "This is a promising development for the entrepreneurship ecosystem. Technoparks, working together with global venture capital funds, will accumulate a significant amount of knowledge. They will gain important experience regarding subjects such as how to choose and how to support tech startups. The growth of the ecosystem will especially accelerate if this first step is combined with the support from the ministries described as the 'fund of funds.'"

Serkan Ünsal, founder and analyst of Startups.Watch which tracks venture capital ecosystem investments, said the following regarding the TÜBİTAK-supported initiative, "The funds created with TÜBİTAK's support will have three main benefits. Firstly, 2019, after the decline in investments from 2017 to 2018, will be a year of revival. We will once again experience a significant inflow of investors. Secondly, University Technology Transfer Offices and Technoparks will gain significant experience regarding investments and learn to be effective investors. Thirdly, since government-supported startups will be able to find investors easier, the number of startups that continue to grow and receive government investments will increase and the government's funds won't have been spent ineffectively. Another important point is to ensure that not all of the 10 funds directly compete with each other. The more these funds supplement and support each other the more they'll be successful. It's important that they don't all invest in all sectors, but choose to focus vertically and on different stages of investments. Ensuring these will lead the ecosystem to a better state."

Istanbul Technical University (İTÜ) ARI Teknokent Vice President Deniz Tunçalp has said the following in an announcement regarding the subject, "In İTÜ ARI Teknokent we believe that the venture capital funds created will provide vital support for all early-stage startups in our country. TÜBİTAK has created a world-class model with its hard work and unique design. We are working to contribute to this process as much as we can, along with the hundreds of startups we work with. With the investment funds it is working with officially being part of its picture, İTÜ Teknokent is one step closer to its goal of being a globally unmatched technological center with İTÜ's deep academic expertise, our teknokent which has global-scale R&D companies and projects, İTÜ Çekirdek which is one of the best seed accelerator centers globally, İTÜ Magnet which is a candidate to be the center of the startup ecosystem and our door to the Silicon Valley Innogate. We hope that with the success of the investments these funds will make İTÜ will have its own large-scale fund like other leading universities around the world." 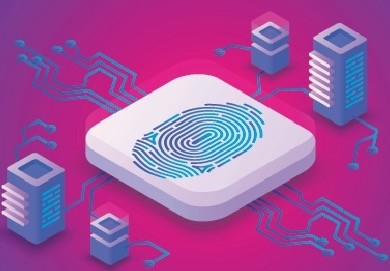 The initiatives that took on responsibility with the latest regulation rules regarding the preservation of personal data against the chaotic structure, created by internet and perpetual cyberattacks, are forcing consumers and institutions to take more security-building measures. The new process of gaining trust leads to the establishment of structures like data and transparency centers in more independent places where the international laws operate more smoothly. Even countries like Switzerland, where infrastructure and human resources are expensive, are employing the image of an independent country in line with global legal norms to appeal to data center investments. In other words, they are using the notion of "transparent and independent law" as an export item.

Transparency will be standardized

Speaking on the start of data processing and the launch of the first Transparency Center in Europe, Kaspersky Lab founder and CEO Eugene Kaspersky underscored that they will keep their investments that will build trust despite the high costs of infrastructure and human resources.

Answering questions posed by journalists during the event, Kaspersky stressed that Russia offers good source of software-developers with lower costs compared to Switzerland. He also stated that even the former U.S. Secretary of State Condoleezza Rice spoke very highly of Russian software developers.

Upon the question whether the Russian state imposes any pressure on them, Kaspersky said, "We have neither encountered any pressure nor heard a negative remark from Russia. The Russian state is also one of our clients. In a period when the West and the East no longer trust each other, we are endeavoring to provide trustworthy services. Therefore, we are the world's most transparent security company with the best software developers. We have moved the major components of our infrastructure to Switzerland, one of the safest places in the world.

"And now we are reaping the fruits of the promises we have given with the Global Transparency Initiative. We have improved the durability and visibility of our products. With the new Transparency Center in Switzerland, the reliable business partners and states will be able to see the external reviews of our products and make their own decisions. We believe that such steps are just a beginning for our company and the security sector."

Data will be processed in Zurich

The dubious and malicious files shared by the Kaspersky Lab users in Europe will start to be processed at the data centers in Zurich as of now. In this way, the company has fulfilled the first stage of its promise of changing its location as part of the Global Transparency Initiative. This undertaking also demonstrates Kaspersky Lab's determination in providing robust and reliable products. After moving, the company launched its first Transparency Center in Zurich. The data users prefer to share with Kaspersky Lab include unknown or dubious files and relevant meta-data sent to Kaspersky Security Network for the automatic malicious software analysis of the company products. The files comprise the most significant component of the data processed by Kaspersky Lab technologies. The data processing locations will be changed for the other regions and the software development will be moved to Zurich in the second stage of the process. 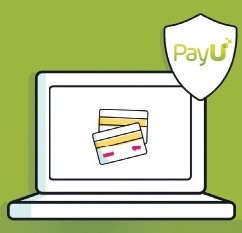 Global brands are closely watching Turkey where many new global and local technologies are being used in the banking and financial technology sectors. There are global companies such as PayU that choose Turkey as their regional center as opposed to companies that withdraw from Turkey upon sudden decisions. PayU, which provides more than 250 local payment methods to more than 100,000 businesses, is celebrating its seventh year in the Turkish market. Stating that PayU will increase its investments in Turkey, CEO of PayU EMEA Mario Shiliashki said, "We're not like those who are scared and[therefore] will continue to invest in Turkey. There are important opportunities in Turkey. Our annual growth has consistently been surprisingly good. Turkey is one of our primary markets. Moreover we can see that the startup ecosystem is maturing and will continue our investments in Turkey."

Stating that since their entry to the Turkish market many new players and solutions have been introduced to the market payment technologies, PayU Turkey CEO Emre Güzer has said, "As the company that introduced payment methods to Turkey, it's very exciting to witness the fast development of the ecosystem."

"Considering the market volume and the sectoral growth over the last seven years, there is still a lot of room for growth and additional players in the ecosystem," Güzer added. "We've seen a lot of dynamism in our country's financial world over the last few years. Like many places in the world, the increasing payment and financial needs in Turkey are leading to the diversification of provided services. But we need a change in perspective regarding the subject of financial technology. The key point is to provide more opportunities to developers. To improve the ecosystem payment companies and banks need to open up their applications and methods to developers. Thus new people and institutions can come up with new financial solutions, contributing to the goal of a cashless society."