White House to hold meeting with tech executives on innovation 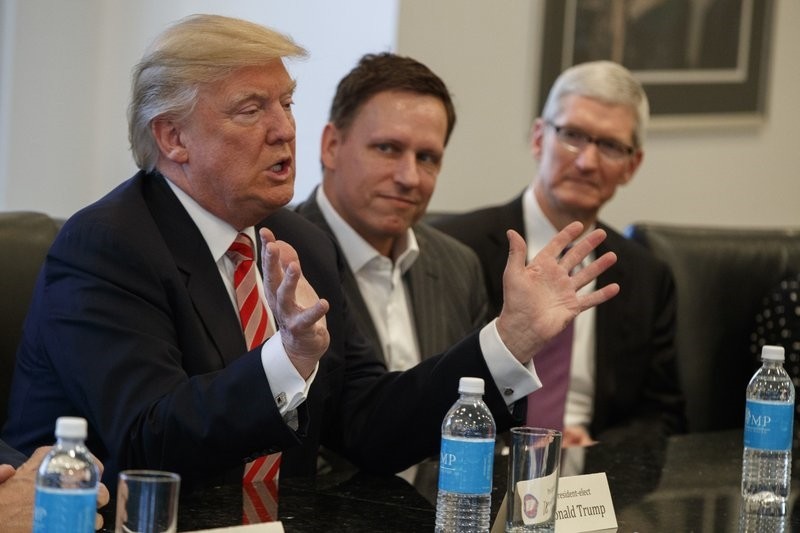 Top executives from Google, Microsoft, IBM, Oracle and Qualcomm are planning to meet at the White House amid strained ties between President Donald Trump's administration and the tech industry.

The White House says the Thursday meeting will address efforts to advance American leadership in innovation and how that will affect jobs, industries and the economy.

It's not clear if Trump is also attending. Some of Trump's policies on trade and immigration have antagonized the tech industry.

An ongoing trade war between the Trump administration and China has threatened to make products like iPhones more expensive as Trump has warned of possible new tariffs on Chinese-made goods. And a recent U.S.-Chinese cease-fire over the tariff dispute was at risk of derailing this week over the arrest in Canada of an executive for Chinese phone-maker Huawei Technologies who faces possible extradition to the United States.

The meeting will be the first of two high-profile Washington visits for Google's CEO this month. Pichai is also scheduled to testify Tuesday at a congressional hearing on the company's business practices, just three months after aides put up an empty chair to symbolize his refusal to appear.

Republican lawmakers are expected to grill him on whether Google rigs its influential search engine to stifle conservative voices. Trump has asserted that Google's search engine favors media coverage that he believes distributes "fake news."

The president's daughter and adviser, Ivanka Trump, is attending a separate business gathering in Washington on Thursday that includes the CEOs of IBM, JPMorgan Chase, Walmart, Boeing and AT&T.