2018: The year of million-dollar startups in Turkey 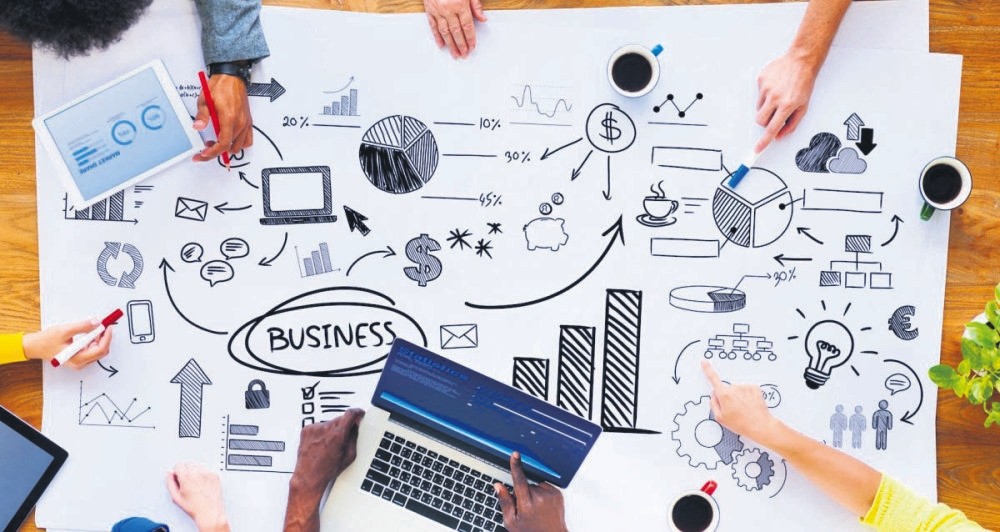 2018 witnessed the emergence of many successful startups but domestic video game developers drew the most attention.
by Timur Sırt Dec 29, 2018 12:00 am

2018 has been the year of startups, video games and software companies in Turkey, contributing to the diversity of its startup ecosystem

The Turkish startup ecosystem has witnessed the launch of many startups in 2018. For the first time, the successes of local video game developers received the most attention. Besides for e-commerce and gaming startups, we have also seen big money takeovers, like the $295-million sale of the software company, Opsgenie.

While there is still progress to be made, these successful examples of startups in different fields will contribute to the diversity of Turkey's startup ecosystem. The cooperation between technoparks and international venture capital companies will likely lead to the creation of some new, innovative startups.

Considering the Venture Capital Support Fund from this perspective, we will likely have the chance to witness new startup success stories in 2019. Most importantly, Turkey may stop losing its entrepreneurs and software developers to opportunities abroad.

Companies such as Türk Telekom and İşbank have attracted a lot of attention with their moves in venture capital funding. Many institutions have made the decision to get involved with the ecosystem by starting an acceleration program.

While conferences on blockchain received record-level attention, investors were skeptical toward the startups in the field. But almost all institutions have taken some initial steps in testing blockchain technology.

Global market capitalizations of tech companies soared earlier in the year but by year-end, their stock prices saw record drops. The Cambridge Analytica scandal exposed how private data of Facebook users has been inappropriately accessed and used, leading to a period of high privacy concern along with the introduction of many new regulatory decisions by governments around the world.

Now, let's take a look at what has happened in the startup ecosystems both in Turkey and abroad over 2018:

1. Alibaba bought Turkish e-commerce startup Trendyol for $753 million, the largest internet sector acquisition in Turkey to date. This investment surpassed the prior record set by Yemeksepeti, by getting close to the $1-billion level.

2. Zynga, one of the global gaming giants, invested $250 million in the Turkish gaming startup Gram Games. Peak Games sold some of the games it has developed such as OKEY for $100 million. Thus, the investment that will carry the valuation of the company to $1 billion has become more realistic.

3. OpsGenie, a software company from Turkey, received close to $300 million in investments. The startup, which has become a celebrated example in the sector, will continue to keep running from its technology headquarters in Ankara.

4. The Insider startup has received investments from Sequoia capital. Located in Silicon Valley, Sequoia is one of the largest venture capital firms in the world. So, the attention of this large fund has been brought on Turkey.

5. We have seen increased momentum in the creation of startup acceleration programs and venture capital funds. Many institutions such as İşbank, Türk Telekom, Sabancı Holding and QNB Finansbank have taken steps regarding companies and entities in the startup ecosystem.

6. The startup "Firefly" founded by Turkish entrepreneurs in the U.S. by the end of the year received $21.5 million in pre-Series A seed investments, proving that it has the prospects of being a success.

7. The Cambridge Analytica scandal, where Facebook sold private, personal user data, led to increased privacy concerns in Turkey and Europe. We have witnessed the introduction of stricter regulations and precautionary measures regarding the protection of privacy and personal data. Now all internet startups have to be more careful about how they handle private data.

8. Tech stocks in the U.S. rose since the beginning of the year and saw record drops by year's end. Apple became the first company to reach a market capitalization of $1 trillion. Amazon became the second. The drop later in the year might mean that we may have to wait sometime before seeing a $2-trillion firm.

10. Artificial intelligence, machine learning and deep learning have been the most talked-about technologies in the startup ecosystem this year. Many conferences on blockchain technologies were held. Even though cryptocurrencies have disappointed many, they continue to be discussed.

Banks of the future will be invisible 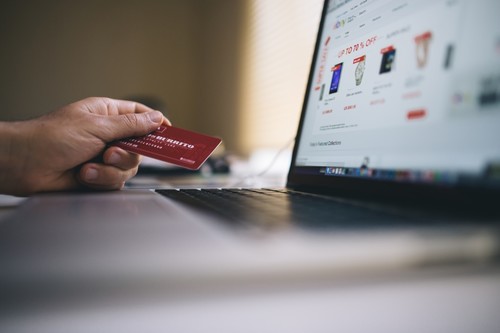 We have started to use mobile banking which allows us to handle many banking jobs with the touch of a button.

In a field where competition can come from unexpected directions, banks work to solidify their presence by utilizing technology and startup investments. İşbank Deputy Chief Executive Hakan Aran said that they are already working on embedded applications to make banking services invisible and described how this special transformation is taking place in an established institution such as İşbank: "Today, the mobile applications that we use such as İş Cep actually represent the last stage of an era of visible banks. From 2020 onwards, banking will be done via various open and embedded applications.

We predicted the mobile wallet

Hakan Aran, emphasizing the vision of the bank before the launch of its mobile applications, said: "We are a bank that has foreseen that the mobile experience would overtake the banking experience, and as a result heavily invested in mobile operators." Aran added that: "We could predict what telephones would evolve into. We showed in early 2000 that telephones would turn into payment devices, and payments would be done via POS terminals. Mobile applications are possible. But not HTML-based, we thought. We created İş Cep on an application foundation. This mobile application decision has gained us two years. We chose a solution that is more complex for back-end software developers, but easier for customers. An HTML-based solution would be easier for the developer but not for customers. We have prepared for almost 100 different devices. This is how applications such as "Maksimum mobil," "Maksimum iş yerim" have emerged. And this is how we reach seven million mobile users today."

Since they have considerable experience in developing solutions to suit changing customer demands, Aran said: "With our 1,000-person software development capacity we can create solutions without allowing shadow software services to emerge. We instantly contact units looking for help in software matters. At the same time, we're at the heart of the startup ecosystem. Financial technology (fintech) startups in Turkey currently do not have the capacity to get customers. So we decided to create a startup portfolio fund to incentivize the development of financial technology companies. We've created a fund where angel investors can see the output. As İşbank, we've pledged to dedicate TL 100 million to the Innovative Venture Capital Investment Fund we've created under Maxis Venture Capital Portfolio Management, which is part of the İşbank group. We expect this to create new room for growth for startups."

As new startups emerge, it is not easy for old companies to determine how they will prepare for the new competition environment of the future. Many institutions are discussing solutions that bring experience together with technological innovation. With over 40 years of information technology experience and having made many firsts in its field, as well as being part of huge projects, BimSA, a company part of the Sabancı group specializing in information technologies, looks to bring new subjects such as Advanced Data Analysis, Robotic Workforce and Cyber Security into its portfolio. Sabancı Holding has made the decision to change the company's name to SabancıDx following the company's changing and evolving work capabilities.

Burak Aydın, the general manager of SabancıDx and an experienced name in the sector, says the name is a combination of both the trust the Sabancı brand evokes and the "x" factor standing for the unknown, waiting to be discovered, alluding to the future.

Stating that in their experience firms are focused on time and cost advantages, Aydın said "SabancıDx aims to employ new generation technologies to provide its customers with both time and cost advantages, making them more valuable and competitive in their markets. As a company that intends to become one of the leading names in the future of digitalization of Turkey, we focus on big data, cybersecurity, industrial "internet of things (IoT)," robotic workforce, artificial intelligence and blockchain technologies.

Along with these, in the business world of today where data is described as the new oil, advanced data analysis will be an important service we provide to companies." Known for his support for the startup ecosystem during his time as the Intel Turkey general manager, Aydın described the transformation process they intend to undergo in face of the unknown competition conditions that will emerge in the future as follows, "The mission of SabancıDx, which symbolizes the digital multiplier with Dx, is to be the digital multiplier of companies and bring forward their digital energy. As SabancıDx, while we operate in this new digital world we intend to be part of new important strategic partnerships by creating new values and technologies. Along with this, we will combine our industry experience with higher education and further develop our Advanced Data Analysis services via our cooperation with universities. With the new brands, we will create by combining the sectoral experience and knowhow of Sabancı Group companies with our digital capabilities; we intend to create new global values from our own capabilities."

Aydın, explaining that from companies to countries the power institutions can hold and exert in today's world relies on their presence in the digital world, emphasized the necessity of improving the capabilities for exploration, implementation and scaling of new developments in digital technology. Aydın suggested that SabancıDx will create great new values not only for Sabancı but for Turkey, "With the creation of SabancıDx to create new values for our country and population, we've marked the beginning of a new era. SabancıDx, by investing in high technologies, will be one of the leading names in the future of digitalization in Turkey. As SabancıDx, we will be the digital multiplier of companies and work to bring forward their digital energies."

Pointing out the fact that the active startups in Turkey, the number of which today is close to five thousand, have a combined investment total of $431 million, SabancıDx General Manager Burak Aydın said, "We see tech startups as an important link in the chain for the future of the Turkish economy. We have recently taken important steps in supporting tech startups. As SabancıDx, with the Catalist program we intend to cooperate with tech startups especially in the data analysis and industrial internet of things or IoT fields."

Stressing that SabancıDx will be brought forward by its contributions not just to the Sabancı group but also to its periphery, Aydın went on, "Our new headquarters will be a true digital campus. We will focus on developing new technologies and establishing new cooperation in this campus, in which we intend the "garage culture" to permeate. With all this work, SabancıDx is planned to make 25 percent of its profits from these new generation technology fields within the next three years."