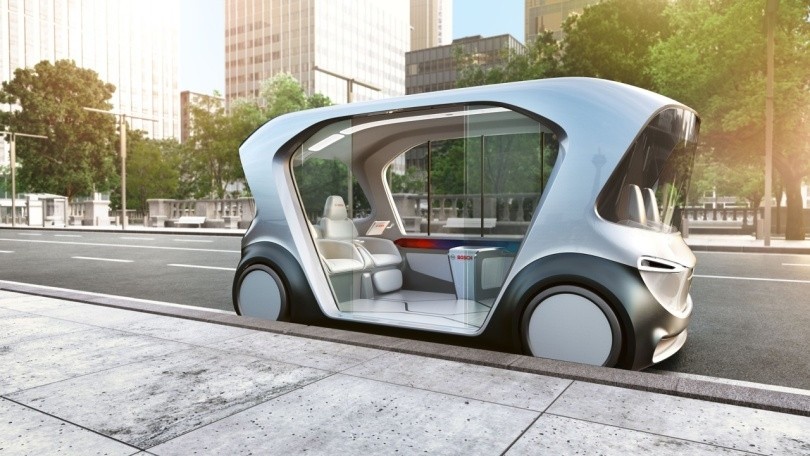 We face a world that is constantly changing whether it is via electric and driverless vehicles, electric scooters, kids learning to build their own tablets, smart health technologies or age levels that keep increasing. Today you are able to write your own electric, technological and personal story

If you have been dreaming about an electrical world for a long time, now is the time to wake up. Our encounters at the International Consumer Electronics Show (CES) 2019, the world's largest consumer electronics convention organized in Las Vegas every year, indicate that the things we dream about regarding technology may not be around the corner just yet.

This year at CES I looked for the answer to how long do we have to wait for technologies like electric scooters, driverless electric vehicles, 5G supported smartphones, modular tablet computers for kids, foldable phones and TVs. While it is still too early to dream about some of these things because the technology is still in development and issues with regulations and security, but for some other things our dreams may become a reality within this year.

Whatever the companies may dream up, the consumer experience is their ultimate judge. For instance, the prospect of having a smart refrigerator that can send a message to your phone if its door was left open is not something that really meets consumer expectations. What if it just shuts its own door instead of sending consumers, who are already tired of notifications on their phones, another notification to deal with? Instead of attempting to develop new habits it might be best to take steps after carefully analyzing consumer behaviors first. There is not much of a future for products planned without the initial consumer experience analysis.

It seems like we will also have to wait a little longer for driverless electric cars. For the last five years, automotive brands have seen heavy attention at CES conventions, and many driverless electric cars have been showcased. We can see that the range of electric vehicles is expanding every year. Again regarding autonomous driving, implementations in agriculture may have begun very early. We already know that autonomous farming vehicles have been in use for a long time. It is easy to see that autonomous driving will be a great improvement in conditions, such as low visibility, where humans struggle.

For instance, while testing Bosch's autonomous electric (meaning driverless) vehicle, we can see that it will be able to drive in traffic with other personal vehicles not too far in the future. The company will provide many mobility services, such as reservation, sharing and connectivity platforms, parking and recharging services, as well as mobility services based on company shuttle vehicles and other components and systems. The market share of these services is expected to increase from 47 billion euros ($53.6 billion) in 2017 to 140 billion euros in 2022, according to PwC.

The issues in regulation, security and uncertainty in laws mean that while in 2019 and 2020 autonomous vehicles may operate in areas closed to traffic, it will still take time for them to start operating in regular traffic.

SMART HOMES NOT TOO FAR OFF

The advances in sensor technologies and internet infrastructure indicate that smartphones are not too far away in the future. Another development is the PAI projector, which can project a virtual user interface onto the kitchen counter that is responsive to touches and gestures. An integrated 3D sensor detecting gestures and movements allow the interface to be touch-sensitive. Thus, users can easily look up recipes online while cooking and make calls over the internet. PAI, developed specifically for a kitchen environment, does not have to be used as carefully as a smartphone or a tablet. The projector does not require your hands to be clean for the touch-sensitive interface to work properly like most touchscreen devices. PAI will first become available to consumers in China in February this year and then will start sales in the U.S.

CUT THE GRASS, CLEAN THE HOUSE

Bosch is also showcasing its new web-connected lawnmower Indego S+ at CES this year. Indego is one of the first robot lawnmowers in the market that can respond to voice commands via Amazon Alexa. It is also the only robot lawnmower that can use online weather services to determine the best time to cut grass. Bosch uses artificial intelligence (AI) to improve the robot's capability to recognize and avoid obstacles by analyzing a variety of data from the device's sensors such as data regarding motor performance, acceleration, speed and direction.

5G TO COME TO OUR SMARTPHONES

Argela, a company part of the Türk Telekom group, is part of global operations on 5G technology and carries important roles in the 5G use of many operators in North America. Consumer devices with 5G support will become a reality within the first quarter of the year. Samsung is one of the leading and best-prepared companies in this area. We can see that Samsung Galaxy S10 to be launched in March will support 5G. Samsung is also a source of successful examples in the 5G infrastructure area. It can create successful 5G scenarios in homes and offices. 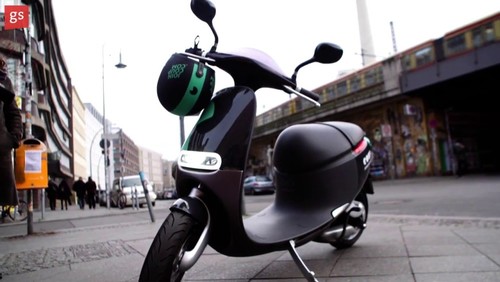 In Germany, one out of every 10 vehicles available for sharing has an electric motor. Bosch similarly uses electric vehicles for its Coup scooter sharing and pickup truck sharing services. Electric vehicles are ideal to use in city centers for passenger and personal vehicle traffic. The pickup truck sharing service will first be launched in Germany in the cities of Berlin, Frankfurt, Leipzig, Troisdorf and Freiburg at hardware stores. The recharging stations for the small electric trucks provided by StreetScooter are already serving at stores. Bosch supplies power transfer mechanism components for these vehicles. The company believes that shared electric pickup trucks have application potential outside hardware stores as well. In the case that the new sharing service becomes popular, Bosch is planning to expand the scope of the service by including its other partners such as the Toom hardware stores, furniture and electric appliance stores and supermarkets in the service.

KIDS BUILDING THEIR OWN TABLETS

Kids living in today's consumer society can easily get their hands on whatever they want. As a result, they can often be incapable of building their own toys. For those who are over 40 today, it may have been very important to play outside or build computers via collecting parts. But it does not seem likely for the current generation to have a product that they can build themselves. The Kano finger computer which I have seen for the first time at CES is a Raspberry Pi-based tablet specially-designed to provide a great opportunity for kids to build their own tablets and gain knowledge in the process. With the parts that can be connected to the transparent Kano case with USB connections, the tablet can gain a touchscreen interface or motion sensor capabilities.

NEXT GENERATION TVS: STORING TVS BY FOLDING THEM

Even though we are not yet used to foldable TV screens, the newest OLED TVs can have their screens stored away by folding them into their sound systems. Smart televisions that can be folded and stored like curtains and can be unfolded when it is time to use them again have now become a reality. LG's latest product presented at CES 2019 is a logic-defying OLED TV that can seemingly appear and disappear and can be folded. The foldable LG Signature OLED TV R frees its users from the limitations of classic TVs and lets them determine their own personal spaces. The TV that supports Apple AirPlay 2 and HomeKit apps let users play videos on their LG Signature OLED TV R's via AirPlay 2, iTunes or other video applications or directly through Apple devices.

During CES 2019, 1,200 ventures had the opportunity to introduce their new products and services under the umbrella of Eureka Park. From AI to robots and from health care to smart farming applications, ventures from different countries displayed their projects.

If you are concerned about your skin health, you must note that some projects presented in the Eureka Park venture event offer alternative and economical solutions in terms of health care. Quantum camera, developed by South Korean Hanyang University students, instantly measures the skin's sebum level and the condition of pigments. The measurement made by using the Quantum Dot UV camera instantaneously detects the skin's condition.

Tracking faces with only one hand gesture, the Obsbot Tail camera might offer a great solution for YouTube users. Having 4K recording capacity, Obsbot tail figures out and traces your face by using AI. Developed by Remo Technology initiative, the camera appears as a successful solution for users keen on YouTube videos.