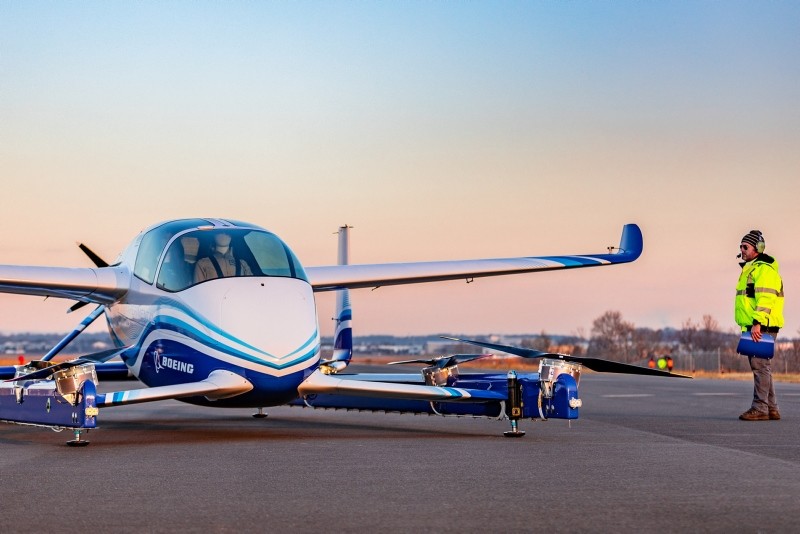 The electric vertical takeoff and landing (eVTOL) aircraft said the test was carried out Tuesday outside the US capital Washington, the company said in a statement.

Boeing is among a handful of companies in the United States and around the world — including Uber and a startup backed by Google founder Larry Page — that are developing vehicles which could be used for personal air transport with autonomous navigation.

Tests will continue "to advance the safety and reliability of on-demand autonomous air transportation," the company said.

"In one year, we have progressed from a conceptual design to a flying prototype," said Boeing chief technology officer Greg Hyslop.

The vehicle is designed for fully autonomous flight from takeoff to landing, with a range of up to 50 miles (80 kilometers).

The craft, which is some nine meters (30 feet) long and 8.5 meters wide, integrates propulsion and wing systems to hover and advance like a helicopter.

"This is what revolution looks like, and it's because of autonomy," said John Langford, president and chief executive officer of Aurora.

Boeing said it is also working on an unmanned fully electric cargo air vehicle (CAV) designed to transport up to 500 pounds (226 kilos). The cargo vehicle completed its first indoor flight last year and will see outdoor flight testing in 2019.

Aurora, which works on future technologies for Boeing, is headquartered in Manassas, about 30 miles outside the US capital Washington.

Last year, Boeing agreed to establish research and lab space inside a new facility at the Massachusetts Institute of Technology for "future mobility" research.

Boeing and others have discussed the idea of autonomous flying taxis to help ease congestion and improve short-range transportation.