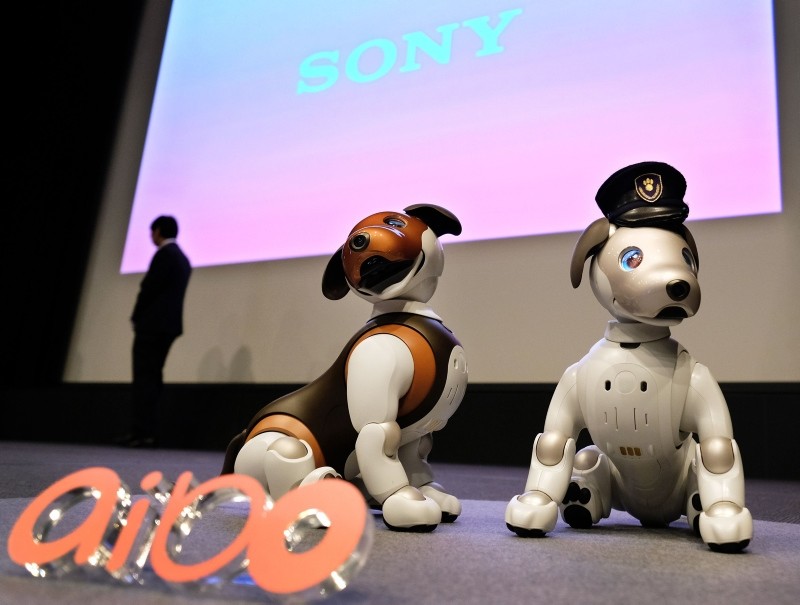 The 30-centimeter (one-foot) robopup with flapping ears and cutting-edge LED eyes will roam around the home at pre-designated times looking for family members.

However, the latest canine tech does not come cheap, with a single dog costing nearly $3,000 for a three-year package, including software services such as data storage.

The owner will receive progress reports via smartphone in the service offered from next month in conjunction with home security company Secom.

"You will be able to check how remote family members are doing or what children are doing when they get home," project chief Izumi Kawanishi told reporters at the Sony headquarters in Tokyo.

"We aim to make you feel a bit more secure by living with aibo and having fun," added Kawanishi.

The gadget will also be able to watch over real pets in the future thanks to image recognition and learning capabilities, he said.

The latest aibo model, which can also display "emotions," was released in January last year and sales hit 20,000 in the first six months, according to Sony.

In the era of the internet of Things and facing a rapidly aging population, Japan has mobilized rice cookers, electric pots and other household devices to keep watch on elderly people living alone.

They transmit data to families living far away on how often they have been used. If they have not been used for a while, this could be an ominous sign.