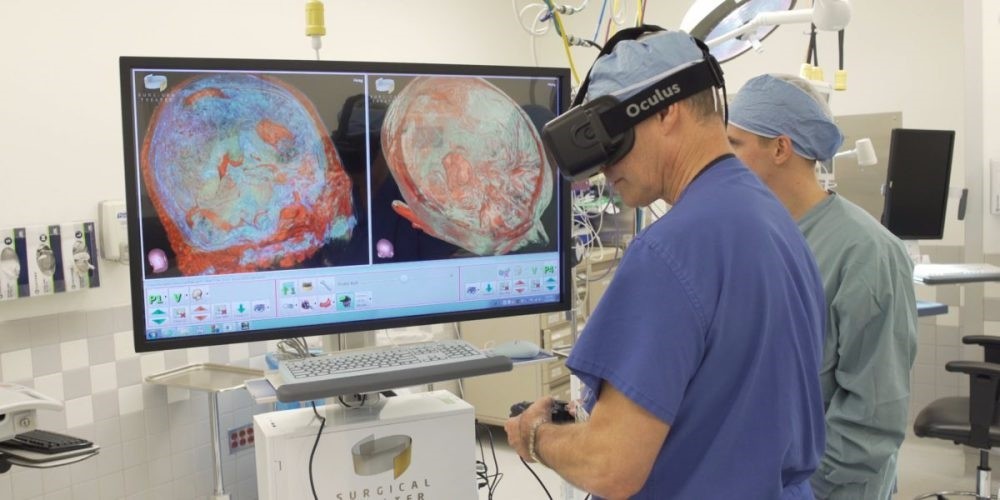 The watch-learn-apply system, used by medical practitioners since the 19th century to train new surgeons, is changing fast with the simulation method. The SharpSurgeon surgery simulator, developed by Turkish doctors and entrepreneurs, is radically changing medical training

Health care are one of those sectors that are closely tied to tradition. Even though patients today are treated with modern medicine, the traditional methods of medical training have remained nearly unchanged, instead only modern tools are made available. In medical education, students and doctors work with real patients to gain the necessary skills. The aim of a physician is to provide optimal treatment and ensure the safety and well-being of patients. These two needs sometimes cause problems in medical education. The Watch-Learn-Apply method, which is still used today, is no longer sufficient for the health care needs of the modern age. Assistant doctors today have to learn more than 150 surgical procedures related to orthopedics and spinal surgery alone. Moreover, we have a tendency of forgetting 80 percent of what we have learned in three days. This is where the SharpSurgeon surgery simulator comes in. It already supports doctors in spinal surgery.

The simulation project developed by NOYA, an enterprise offering services in consultancy and information technologies, aims to be a pioneer of change in medical education. Its main areas of activity are to develop new media applications and software to serve the health care sector, to implement information technologies in this sector and address some of the dead-ends in medical education.

NOYA brings together experience in the health sector, health management and communication.

Umut Elestekin serves as the chairman of the NOYA board of directors, while the other board members include Ufuk Aydınlı, Tolga Güngör and Sinan Vural. They run the group's marketing, communication and technology-oriented activities.

The story of an educational project originates from the dream of entrepreneurs who once thought that quality of education should be improved with appropriate costs.

This project set out with the purposes of making development and performance in surgical education more measurable, increasing the knowledge, skills and experiences of the physicians who have received surgical training along with producing a high value-added solution in Turkey and in the world. What the project aims to achieve is that surgeons will record their operations in their memory and take control of possible complications by repeating them in a virtual environment and use this ability in a real-life situation and gain the ability to perform a more self-confident process while minimizing potential complications.

SharpSurgeon also serves as a virtual operating room that enables training with a team of technicians and nurses. Highly realistic interactions incorporating students are also offered in this inclusive educational environment that reflects modern operating rooms.

A result of in-depth studies

While launching the simulator project, the devices and models used in surgery were investigated. Detailed research was done to model devices and create a virtual operating room. A team of designers and programmers visited operating rooms and closely observed spinal surgeries. The viewpoints of the surgeon were studied, and the necessary observations were made for the patient's positioning and realistic modeling of the study area. At the same time, a flow was created through detailed surgical scenario prepared by professor Ufuk Aydınlı, and a detailed training plan was made in order to fully assimilate this flow. SharpSurgeon stands out as an application because it was developed jointly by instructors, designers, visual effects experts, illustrators and software developers.

An advisory board of experts

SharpSurgeon was tested by a medical advisory board consisting of Dr. Max Aebi from Switzerland, Dr. Pedro Berjano from Italy, Dr. Vedat Deviren from the U.S., Dr. Patrick Tropiano from France and Dr. Peter Varga from Hungary.

The SharpSurgeon project is a modular application. It allows all other surgical operations to be performed easily, even if it was launched as a Transforaminal Lumbar Interbody Fusion (TLIF) surgery simulation.

Use of VR in health sector increases

The VR market in the global health care sector is expected to reach $3.8 billion by 2020, thanks to advances in health information technology. Applications will be disseminated to different medical disciplines, increasing the demand for rehabilitation and simulation training. The U.S. constitutes the largest part of the world market, claiming more than two-thirds of the total market share. Strong research and development (R&D) capabilities, state and private investments in VR technology, as well as the breadth of first user base of technology, are the most important factors supporting U.S. domination in this field. The Asia-Pacific region is projected to become the fastest growing market. It is expected to be the center of future growth with a potential of $135 million over the next four years.

Around 96 entrepreneur candidates from 36 universities in 21 cities participated in this year's Entrepreneurship Camp, one of the most important stages of Turkish Industry and Business Association (TÜSİAD) "Bu Gençlikte İŞ Var!" (These Young People Have the Potential), a program which has been organized since 2011 in order to give university students an innovative perspective and entrepreneurship competence.

In the TÜSİAD Entrepreneurship Camp, where nearly 60 speakers were present, entrepreneur candidates participated in the five-day intensive training program, which included all the information an entrepreneur needs - from verification and market entry strategies to feasibility and presentation techniques. Candidates had the opportunity to meet and establish a network with more than 100 stakeholders from the entrepreneurial ecosystem by listening to the groundbreaking startup experiences and learning from their founders. Participants took the opportunity to transform their innovative business ideas into scalable business models by consulting with dozens of mentors from the program stakeholders and the entrepreneurial ecosystem.

The "Bu Gençlikte İŞ Var!" entrepreneurship program was organized under the main sponsorship of BASF Turkey. It was hosted by ING Bank in cooperation with Bahçeşehir University. The sponsors of the program included Fiba Group, Mazars Denge, Eczacıbaşı Holding, Gürsan Teknik, Tüpraş and UBS AG.

All the teams participating in the camp will continue their studies with TÜSİAD as the graduates of TÜSİAD Entrepreneurship Club 2019 and serve as TÜSİAD's entrepreneurial envoys in their universities. At the end of the five-day camp, young people will be given guidance for two months in developing their business ideas and preparing their plans.

TRIDI: FROM IDEA TO PRODUCTION

The Tridi digital production and design center, which will meet the needs of entrepreneurs to produce prototypes for three-dimensional (3D) modeling and production, will help numerous R&D projects and ventures with the process. Today, we are complaining about the fact that Turkey is not a producing but a consumer society. A new center may be one of the first steps of change for those who feel that no one is trying to develop something new. More than 1,000 prototypes and over 50 industrial design projects are planned for the year-end at ITU Magnet Fab Tridi. The center has 19 3D printers, two laser cutting machines and four computer numerical control (CNC) machines. With the support of Istanbul Development Agency (ISTKA) and ITU ARI Teknokent, ITU Magnet Fab Tridi, the most comprehensive digital production center carried out with digital processes from the idea to the product, opened its doors. ITU Teknokent, which covers R&D operations of giant telecom companies such as Türk Telekom, also provides 5G tests.

ITU ARI Teknokent, which has developed a system focused on innovation and sustainability in cooperation with Tridi, aims to create value in prototyping and pre-mass production processes from large, medium and small-scale enterprises to industry, from students to individual users. ITU Magnet Fab Tridi offers industrial 3D printing, silicone molding, laser cutting, surface treatment and design services as well as a common production and working area for those who want to take part in the production.

In his keynote speech at the inauguration event, Deputy Minister of Industry and Technology Mehmet Fatih Kacır said that while there were only two technology development zones in Turkey in 2001, now there are 84 technoparks, 61 of which are currently in operation.

"Our technoparks have so far reached $4 billion in exports and $119 billion in sales," Kacır said, adding more than 40,000 researchers are working in over 5,000 technoparks. Noting that the Ministry has provided the technology development regions with TL 984 million in direct support, he said ITU ARI Teknokent was ranked first among all technology development regions in the performance index ranking by the Ministry in 2017. "I wholeheartedly congratulate our rector, technopark managers and entrepreneurs who contribute to the whole process," he added.

The ITU Rector, professor Mehmet Karaca, expressed his joy at the inauguration of ITU Magnet Fab Tridi, Turkey's most comprehensive digital production center, stressing that in the production center, which will create value for the future, innovation and digitalization, they offer 3D printers, laser and CNC machines to a wide range of audience that will create value in innovation and digitalization from large, medium and small-scale industries to students and to other individual users.

"As you know, hardware entrepreneurs and R&D-oriented companies, in particular, have prototyping and special mass production needs to realize their projects," he said, adding that "we are opening doors to a new era that creates value with the Tridi production center which meets needs with cutting-edge technologies and modern software infrastructure. We continue to give direction and support to the national and domestic production targets of our country as a university."

In this context, with the Arya Business Workshops training series that will contribute to the development of women entrepreneurs, İşbank will support the "Arya Retreat Pitching Challenge" event, where entrepreneurs, selected from the special acceleration program, will present their projects in front of investors from different countries and successful entrepreneurs will receive awards.

The competition started to accept applications on Feb.1. Women entrepreneurs who want to participate in the program until March 1 must have a business operating for at least two years. Those who qualify for the ARPC program will be announced on aryawomen.com on March 18 and the program will take place from March 30 to May 4.

Women entrepreneurs, who will participate in the Arya Acceleration Program, will benefit from six-week training, as well as several opportunities, such as one-on-one counseling, coaching and promotion support. Through various talks during the program, women entrepreneurs will have the opportunity to better promote their businesses and expand their fields of activity.

Following the six-week training, the semifinal will be held on May 11, where the top 10 participants will present their activities to investors.

The winner, where at least one ARPC entrepreneur receives investment every year, will be awarded TL 20,000 in prize money. Other finalists will also have the chance to win surprise gifts. In addition, İşbank will also offer their cooperation to leading enterprises.