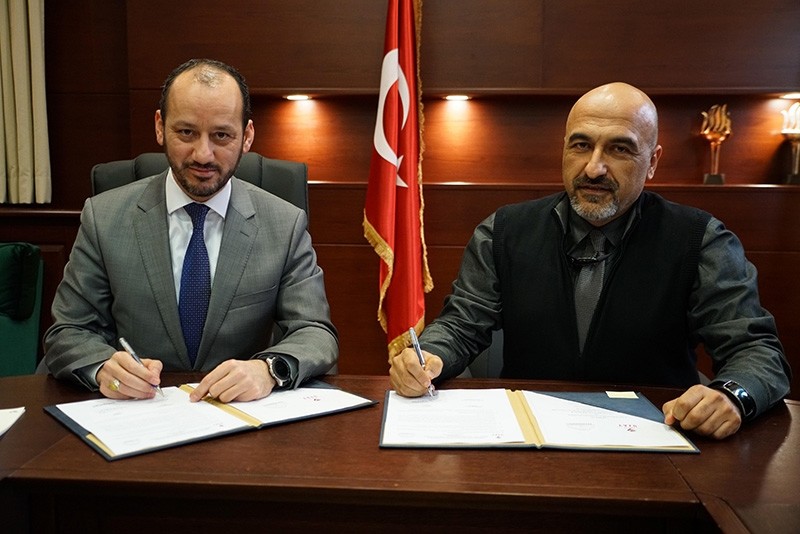 Atatürk University issued a statement announcing the signing of the protocol following a ceremony held in Istanbul that was attended by ATASAM Chairman Cahit Yeşilyaprak and UZAY Chairman Lokman Kuzu.

The new protocol aims to develop cooperation between the two institutes in several areas, including the defense industry and the Eastern Anatolian Observatory (DAG), one of the leading projects initiated under the government's 2023 plans.

Yeşilyaprak told Anadolu Agency after the ceremony that the cooperation protocol involves product and consultancy services for research and development facilities as well as a collaboration on available resources.

The DAG project is one of the government's 2023 vision projects for which construction started in 2012 with the support of the Development Ministry and Atatürk University under ATASAM. The observatory, located in eastern Erzurum province, aims to serve as one of the best space observation centers in the world with a telescope unrivaled in terms of its optical properties.

The design and production of the adaptive optics system of the DAG telescope and the observatory control system software were carried out in-house by the DAG technical team at ATASAM entirely with domestic facilities.