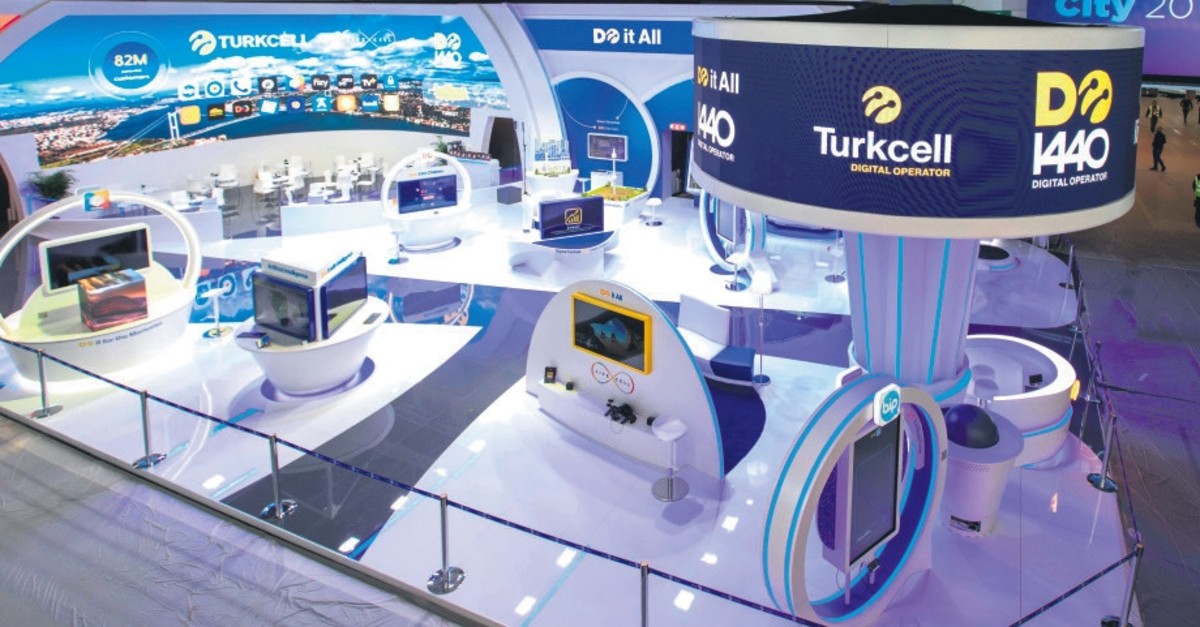 Turkish mobile network giant Turkcell, the world's fastest growing mobile operator with its 1440 strategy for three years, will share its success story with the world at the GSMA Mobile World Congress 2019.

Turkcell has taken its place at the GSMA Mobile World Congress, which is considered one of the world's largest technology fairs and will kick off in Barcelona, Spain, today.

At this year's gathering, the company is preparing to share the great progress it made in its digital exports move, which it announced at last year's Mobile World Congress, considered to be the most important meeting of the communication industry.

The mobile operator's "Turkcell/Lifecell" booth has been installed at Innovation City Hall 4, which has been dedicated to companies that develop their own most innovative technologies at the fair.

The booth will introduce the newest digital solutions and services developed in Turkey, as well as offering other services.

According to information provided by the company, last year's success story will be shared at the Turkcell/Lifecell booth.

Speaking about the company's strategy, Turkcell CEO Kaan Terzioğlu said, "We are the company with the shortest vision in the world which is DO-Digital Operator... Again, we are implementing the world's shortest strategy which is 1440... I mean, with the Digital Operator vision, we aim to offer digital services providing the best experience to our customers, and with the 1440 strategy, we aim to be with them at every moment of the day. For the past year, Lifecell has carried this vision and strategy to operators which need it all over the world."At the GSMA Mobile World Congress, where the key technologies of the future will be introduced, Turkcell will offer its digital services, developed by Turkcell's own engineers, such as BiP, fizy, TV+, Lifebox, Dergilik, Kopilot and Yaani.

In the meantime, the company announced last week that its revenues totaled TL 21.3 billion in 2018. Revenues rose by 20.8 percent year-on-year in the first 12 months of 2018, Turkcell said in a report.

Net profits for the GSM operator also rose by 2 percent to stand at TL 2 billion in the period. The company's earnings before interest, taxes, depreciation, and amortization (EBITDA) reached TL 8.78 billion, corresponding to a 41.1 percent rise, it added.

The report showed that, as of the end of December, Turkcell subscribers in Turkey, Northern Cyprus, Ukraine, Belarus and Europe had reached 48.9 million.