Data should stay in country of origin, create opportunity for local economies 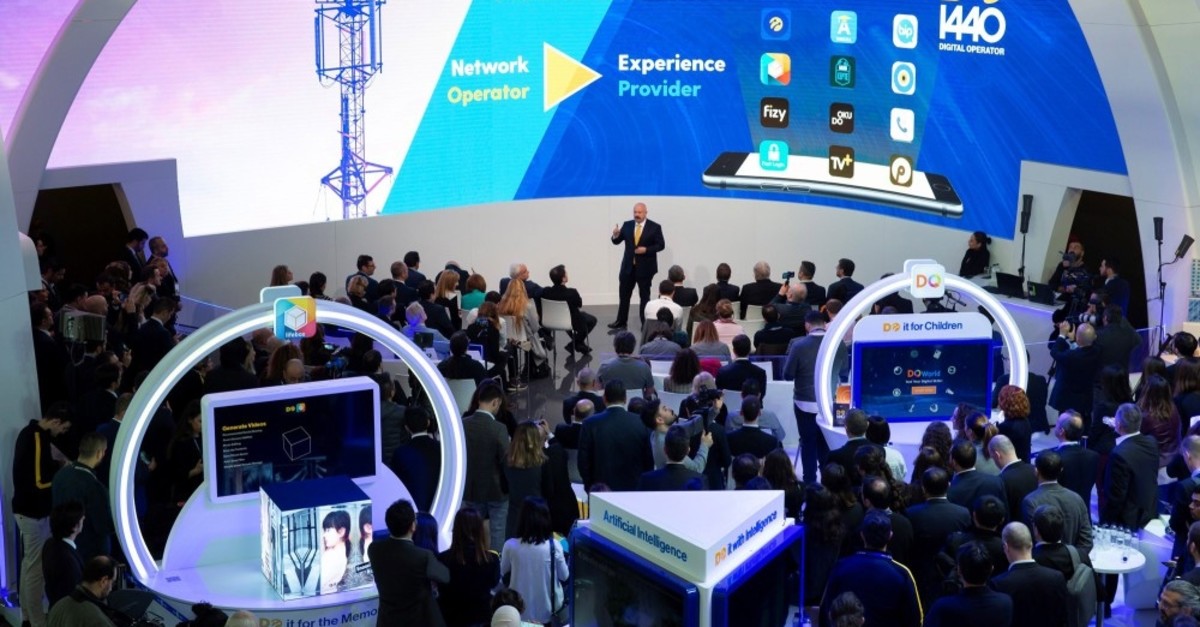 Turkcell CEO and Lifecell Chairman Kaan Terziou011flu shared the company's achievements at a press conference held on the sidelines of Mobile World Congress 2019 in Barcelona, Feb. 27, 2019.
by Meryem Ilayda Atlas Feb 28, 2019 12:26 am

Stressing the importance of data as a local asset, Turkcell CEO Kaan Terzioğlu said each country's data should stay in that country, be processed there and used to create opportunities for the local businessmen, entrepreneurs and networkers

In the last 10 years, the digital economy has created incredible values, which have mostly occurred in a particular country and among three to five specific players, Turkcell General Manager and Lifecell CEO Kaan Terzioğlu said. "Now, like oil, data is also a local asset. We are a data manufacturing country. But if we give the data we produce to others as raw data, we have to import it back as processed data. And in doing so, the rights of local artists, local engineers, local craftsmen, et cetera, really are ignored. Because they see that such a digital economy comes and takes away their business," Terzioğlu told Daily Sabah in an exclusive interview on the sidelines of the Mobile World Congress (MWC) 2019, which is considered one of the world's largest technology fairs.

Turkcell CEO added that they are having problems in this scope. "When these technologies come up, our taxi drivers ask why. However, we have a chance to make our taxi driver a part of our digital economy. We can do that, and my goal is to make the data of each country stay in that country. It should be processed in that country as well. The industry of that country should create an opportunity for its artists, craftsmen, businesspeople, entrepreneurs, and networkers," he noted, adding that unfortunately, the digital economy began with a plunder. "And we have to stop it."

Having said "we are disrupting disrupters" in an earlier press release, Terzioğlu further elaborated on the issue, saying the telecom sector is facing the problem of not growing, which has mainly caused by the fact that customers have minimized their relations with telecom companies.

"And they think that they get the services they receive from digital services without taking any added value from the telecom service. Our investments in this area also show us that this is possible," he added.

Touching on his previous statement that "if digital data is the new oil, then trust is the new currency," Terzioğlu said data means dignity at some point, stressing that personal data should not be shared and processed without the person's consent.

"How the data is used on the internet and what standards the processing companies prefer are already determined," he continued. "We have launched an initiative as the international mobile operators' union under the digital declaration. We have clarified our positions in this field with digital declaration, which covers the importance of data, the processing of data and its security, as well as our commitments regarding our future applications in this regard. Not just the mobile operators, but some 200 companies around the world have signed this declaration. We are also one of the first companies inking this deal."

Turkcell's subsidiary Lifecell shared its achievements at a press conference held on the sidelines of the Mobile World Congress 2019 after announcing its new approach to the telecom sector last year with a new partnership with Digicel Group; expanding its experience and know-how in digitalization to countries across the Caribbean, Central America and the Pacific.

Turkcell also announced that the 1440 strategy, which allows Lifecell to build stronger ties with customers in Turkey, Belarus, Ukraine, the Turkish Republic of Northern Cyprus (TRNC), Moldova and Germany, will be put into operation by nine operators, and that, in addition to its existing cooperation, it has made collaboration with ALB Telecom in Albania, CG Corp Global in Nepal and the aforementioned Digicel in the Caribbean.

According to information shared, Lifecell's digital services will thus start to be used in 39 countries. Thanks to cooperation put into action, Turkey's applications will open to a market of around 320 million people.

Lifecell DO vision and 1440 strategy changed the direction of the telecommunication industry by combining its telecom and OTT application abilities. The 1440 strategy increases the interaction a telecom operator has with its customers to the 1440 minutes in a day and provides the best digital experience to customers with digital services.

Turkcell is the first telecoms operator to implement the 1440 strategy, transforming itself to the world's first Digital Operator. This move has brought 49 percent bi-annual cumulative growth in its revenue and 90.2 percent biannual growth in its earnings before interest, taxes, depreciation and amortization (EBITDA) over the past two years (as of the end of Q4 2018) making the company the world's fastest growing operator in the last 3 years.

It was also said that a number of digital services such as BiP, fizy, TV+, Lifebox, Okudo, Paycell, Digital Operator, Co-pilot and Yaani, will be used by nine operators with the agreements signed. Lifecell's digital services now have the opportunity to reach 40 million people following the new partnership with Digicel Group which operates in 31 countries.

At the press conference held in Barcelona, Turkcell CEO and Lifecell Chairman Terzioğlu, shared the progress Lifecell made within the past year. "Just a year ago, at this same booth, we said that we would be launching the 'digital export era' and opened up our digital model to the world. In our meetings, operators all around the world recognized the need for the 1440 strategy. Within a year, Digicel Group has shown a visionary approach and chosen Lifecell's digital services. Today, nine operators in three different continents, have started to implement the 1440 strategy – already proven to be successful in six countries. This success story will spread to 31 more countries with our partnership with one of the world's largest telecommunications group, Digicel, which has set its sights on becoming a digital lifestyle partner for its customers."

On the other hand, Digicel Chairman and founder, Denis O'Brien, said, "Today's a really exciting day for Digicel as we are taking a huge step into our digital future. This is about being more than just an infrastructure provider; today we're starting our journey to becoming our customers' digital lifestyle partner."

He also noted that with "our customers wanting to live their best digital lives, it's all about capturing their imaginations and empowering them in a more meaningful way through the innovative new digital services we will deliver them underpinned by our significant investments in rolling out LTE and fiber networks across the globe."

Continuing his words with global foresight, Lifecell's Terzioğlu said as Industry 4.0 approaches, telecom operators have the potential to leverage the transformation of industries like health, entertainment, education and transportation. "This is only possible by becoming a 'digital operator.' Operators have to offer services that customers truly need otherwise they will not move beyond being merely infrastructure providers," he noted.

Terzioğlu remarked that their transformation started four years ago and now – by following the 1440 strategy – they have become the world's first digital operators. "We added our telecom and OTT abilities on top of our mobile and fixed infrastructure. We have launched digital services that outperformed their global rivals: BiP, fizy, TV+, Lifebox, Okudo, Paycell, Digital Operator, Co-Pilot and Yaani. Not all operators have the resources, time or expertise to realize this. This is why we are transferring our global experience and know-how in digital transformation to operators all around the world," he added.

Terzioğlu further said telecom operators have 32 minutes of customer interaction daily, "while we started our journey to be with our customers 1,440 minutes a day."

"We have the most concise vision, DO: Digital Operator, and strategy: 1440. Our digital operator vision allows us to offer digital services that offer the best customer experience and our strategy enables us to be with our customers for 1440 minutes in a day. Lifecell made DO1440 available to all operators in the last year," he noted.