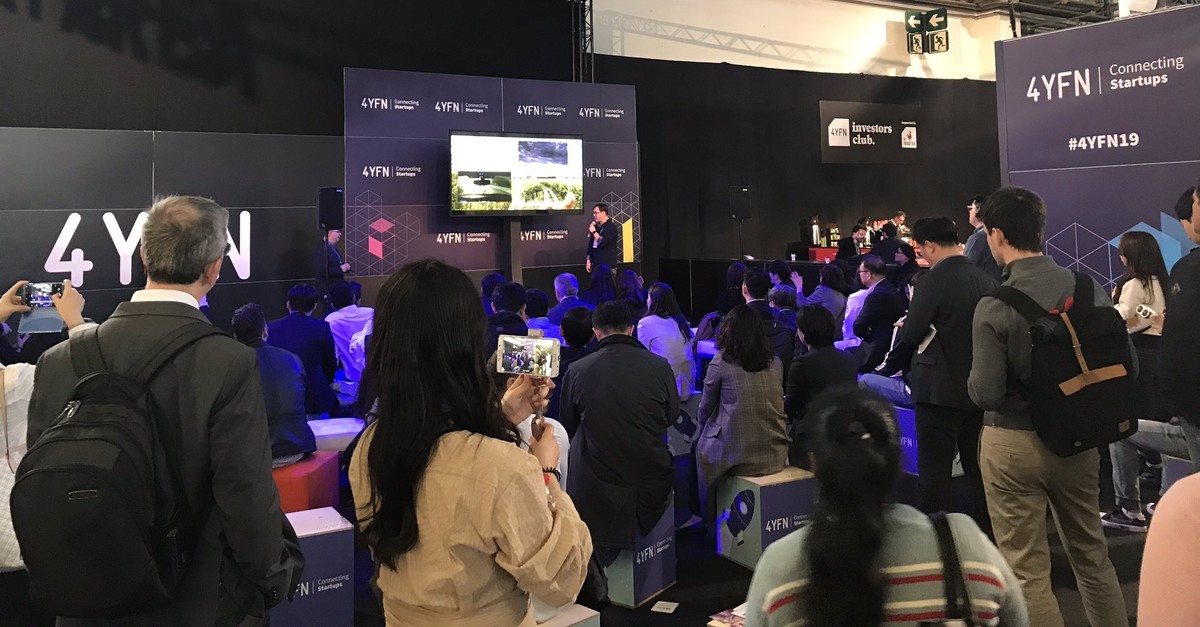 The event ‘4 years from Now' is Europe's largest venture event organized in parallel with the Mobile World Congress and brings together hundreds of entrepreneurs and investors. This year, over 750 entrepreneurs from the field of artificial intelligence to the ‘internet of things' came together with investors and institutions

This year, 750 entrepreneurs and over 700 investors participated in the 4 Years from Now (4YFN) event organized in parallel with the Mobile World Congress 2019 (MWC) in Barcelona. Increasing the funding of artificial intelligence (AI) in Europe to over $20 billion has led to more serious expectations in the entrepreneurial ecosystem. The European Union has increased the budget for developing AI technology. It was announced that the research fund for European AI will be increased to 20 billion euros ($22.73 billion) by 2020.

At the end of 2018, the European Commission's Artificial Intelligence Coordinated Plan was launched. In addition, the first draft of the Code of Ethics of Artificial Intelligence was published. It focuses on a human-centered artificial intelligence strategy. Moreover, in December, the European-funded AI4EU project announced it would start in January 2019 and a platform for AI would be opened to Europe. The Next Generation Internet (NGI) venture benefits from new technologies such as AI, "internet of things" (IoT), and blockchain. Ventures participating in the 4YFN event pioneer the fields of artificial intelligence, blockchain, finance technology and social ventures. The event hosted many participants from all over the world, including Colombia and Taiwan. Blockchain and AI drew the biggest interest in the events where more than 60 speakers were present.

The South Korean Hodoo app featured at the fair with a solution developed for animal lovers. The Hodoo app connects to a weighing device via Bluetooth, constantly measuring weight changes in animals. First, the information of the animal is logged into the application. Then the weighing device is connected to the network via Wi-Fi. Daily, weekly and monthly weight changes can be tracked on the device which the animal can also use as a bed. With a diet plan for the animal, it can easily be monitored whether the animal's weight is changing or not.

The human organism is composed of bits and bytes when recreated in a virtual environment and a supercomputer in Barcelona is being used to solve the functioning of the human body. Elem's virtual human factory venture collects data on the human body with minicomputers, enabling the most realistic simulation with a supercomputer. Real data-based analysis can be done by using small minicomputers and giant supercomputer solutions together. Thus, the models used for these simulations emerge more accurately.

Try on the Superman suit on screen 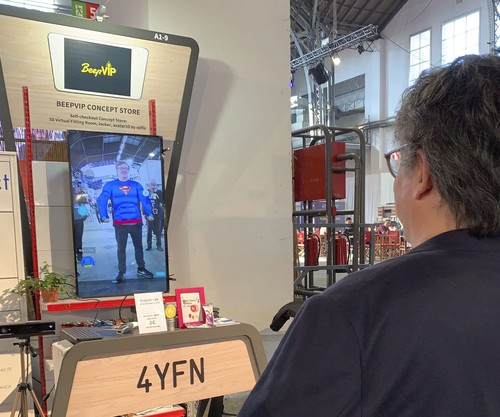 The number of digital applications in stores is increasing. Consumers want to make decisions by trying on products but in less time. Augmented reality applications are therefore being used to determine the most suitable clothes, accessories etc. You can control the display, designed by the BeeVip Concept Store venture, remotely with your hands. You can choose categories of clothing and virtually visualize yourself with the product on.

Direct your own movie

We have seen professional quality video and photo capture with smartphones. So, is it possible to shoot a movie in the same way? Yes, even a cinematographic capture is possible. The Sony Xperia X1 can shoot great movies in 4K quality with Cinema Pro.

During the Mobile World Congress (MWC) 2019, we saw many new smartphones. We found that it is possible to shoot professional photos and videos.

The Sony Xperia 1 shows that a cinematographic capture is possible with a smartphone. The Sony Xperia 1 comes with the Cinema Pro app that allows you to take 4K HDR quality video by making similar settings you can use in a professional camera and then watch the 21:9 image on the big screen. Is the battery life of 3,300 mAh sufficient? We would know after more use.

In fact, even though many phones have applications that take similar shots, the best application we have seen is Sony Xperia 1, which has a 6.5-inch giant display that supports Cinema Pro. It is possible to edit the movies you shoot just like an award-winning director.

You can watch movies via Amazon Prime Video, Netflix, YouTube and Sony Pictures applications with the 21:9 cinema support on the phone with OLED display. You can even watch these videos on the big screen just like a cinematographic film.

The Cinema Pro app is only installed on the Xperia 1. Sony mobile's programmers were inspired by the company's Cinealta series of cinematic cameras during development. Hollywood's renowned filmmakers including James Cameron, the director of blockbusters such as "Avatar" and "Titanic," will count on Sony's Cinealta cameras in the near future. The application is a camera app designed for professionals.

Offering a different layout than the standard application, the Cinema Pro enables you to see all settings at a glance, such as shutter, ISO, white balance and even volume levels. With the help of nine views planned so far, different moods can be created in the video.

Türk Telekom's subsidiary Argela, Turkey's pioneering institution working on engineering quality, international business skills and 5G standards, introduced solutions developed for the 5G infrastructure at the Mobile World Congress (MWC) 2019 in Barcelona. Argela's Netsia Multi Access Cloud (MAC) product, developed for the infrastructure of 5G networks, was exhibited at the Open Networking Foundation (ONF) booth, one of the most popular booths of the fair. Argela, which draws attention with its international quality engineering and software capabilities, has unique experience in the telecom field with an experienced team led by Bülent Kaytaz. Today, when open source solutions are popular in every field, Türk Telekom's Argela continues to proudly represent Turkey as a venture investing in the future.

Turkey to set rules of the game

Argela CEO Bülent Kaytaz, said together with Netsia, they are developing next-generation telecommunications technologies and bringing Turkey into the game-setting countries. "With our domestic and national advanced technology solutions developed by our expert staff, we represent Turkey in the next generation technology league, which not only consumes but also produces and develops technology. Together with ONF, one of the industry's most respected platforms, we developed our Netsia MAC solution for the world," he said.

Recalling that as Netsia, they have contributed to the RAN slicing and ONAP integration components with ONF's MWC 2019 demo, Kaytaz said thanks to the software-defined networking (SDN) control of the RAN access layer, operators will be able to offer a variety of services over a single infrastructure with ever better user experience, suggesting all this can be done with the better use of licensed wireless spectra, one of the most valuable resources of an operator.

Kaytaz further stressed Netsia is also on its way to export its products to the world with its technology and patents, adding industry leaders from around the world showed great interest in the Netsia MAC platform. "We also demonstrated the usage scenarios of the Netsia MAC platform in operator terminal and center networks with demos. We are proud to have represented our country at this huge summit with our advanced technology solutions, which are the building blocks of the future 5G networks," he added.

Positioned in conjunction with fiber networks to meet the ever-increasing demand for bandwidth and speed, 5G is one of the most anticipated technologies of the future. To take advantage of this technology, communications service providers have begun to transform their traditional central structures by moving them to the Edge Cloud. Distributed edge cloud technologies are one of the most important building blocks that will create new generation and innovative applications with virtualization and cloud technology. Concepts and technologies such as network slicing, global orchestration, parsing, software-defined networking and virtualization of network properties will play an important role in this transformation process.

Developed by Netsia to provide the most accurate basic infrastructure on the road to 5G, the MAC platform is an important step for the industry in this transformation journey.

Thanks to the Netsia MAC product family's multi-access edge cloud architecture, both fixed and mobile subscribers can be serviced from the same edge office and the same infrastructure, and mobile and fixed access equipment will be virtualized in the same edge office to save capital and operational expenses. Netsia MAC was previously exhibited at the MWC Americas fair and was met with great interest by visitors.