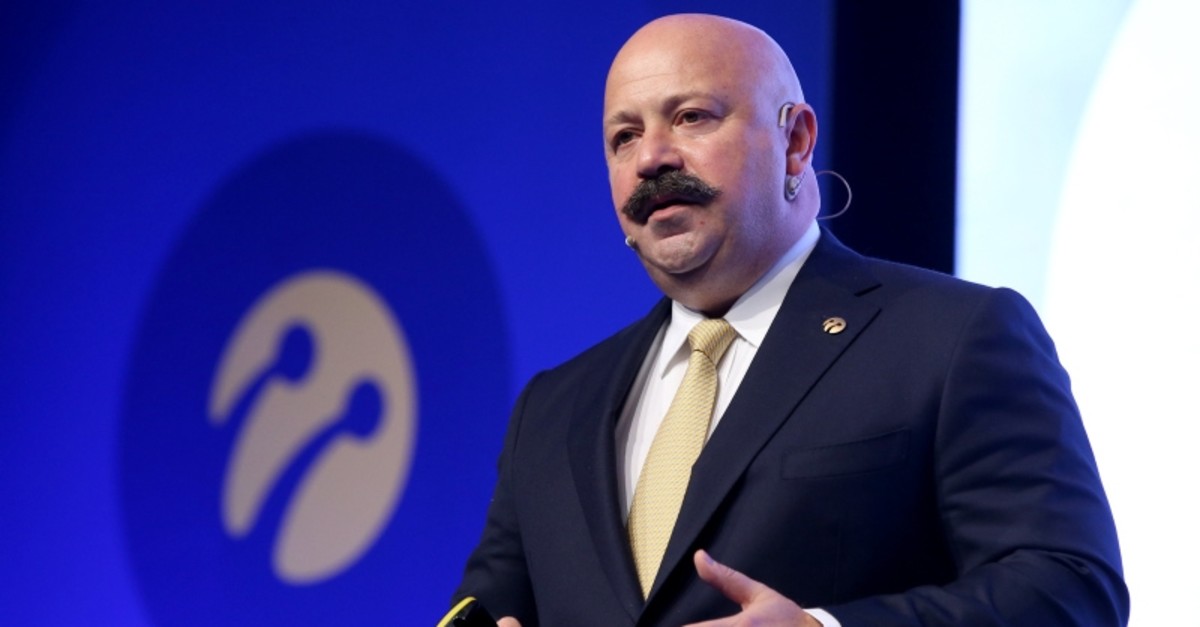 Former Turkcell CEO Kaan Terziou011flu speaks at a press conference to evaluate the 2018 financial and operational results for the cellphone operator, in Istanbul, Feb. 25, 2019. (AA Photo)
by Daily Sabah with Reuters Mar 15, 2019 12:00 am

The CEO of Turkey's leading mobile operator Turkcell, Kaan Terzioğlu, stepped down on Friday after nearly four years atop Turkcell, during which he sought to refocus it on more profitable digital businesses.

Turkcell's board of directors said on Friday that Murat Erkan, the executive vice president for sales who originally joined the company in 2008, would serve as acting CEO.

The board praised the technology investments made under Terzioğlu's watch. One person close to the company told Reuters that the board agreed on the move on Thursday.

One analyst who declined to be named said Terzioğlu, who became CEO in 2015, was well-regarded for his role reshaping the company's strategy and guiding it beyond its core data and voice markets into value-added digital services.

Ahmet Akça, chairman of Turkcell's board, said in a statement that in the last five years the company "established a strong foundation for growth through our investments into technology and our endeavors leading the industry in the digital arena."

Erkan, the acting CEO, before joining Turkcell served for a decade as an officer in charge of Cisco Systems' technology, sales, business development and channel management.

Turkcell's revenues totaled TL 21.3 billion in 2018 ($3.9 billion), up 20.8 percent year-on-year. The net profits of the GSM operator also rose by 2 percent to stand at TL 2 billion in the period, according to the company.

The company's earnings before interest, taxes, depreciation, and amortization (EBITDA) reached TL 8.78 billion, corresponding to a 41.1 percent rise. The report showed that, as of the end of December, Turkcell subscribers – in Turkey, Northern Cyprus, Ukraine, Belarus, and Europe – reached 48.9 million.

Turkcell spearheaded GSM-based mobile communications in Turkey when it started operations in 1994. Since then, it has continuously expanded its services based on mobile audio and data communication in Turkey and abroad.