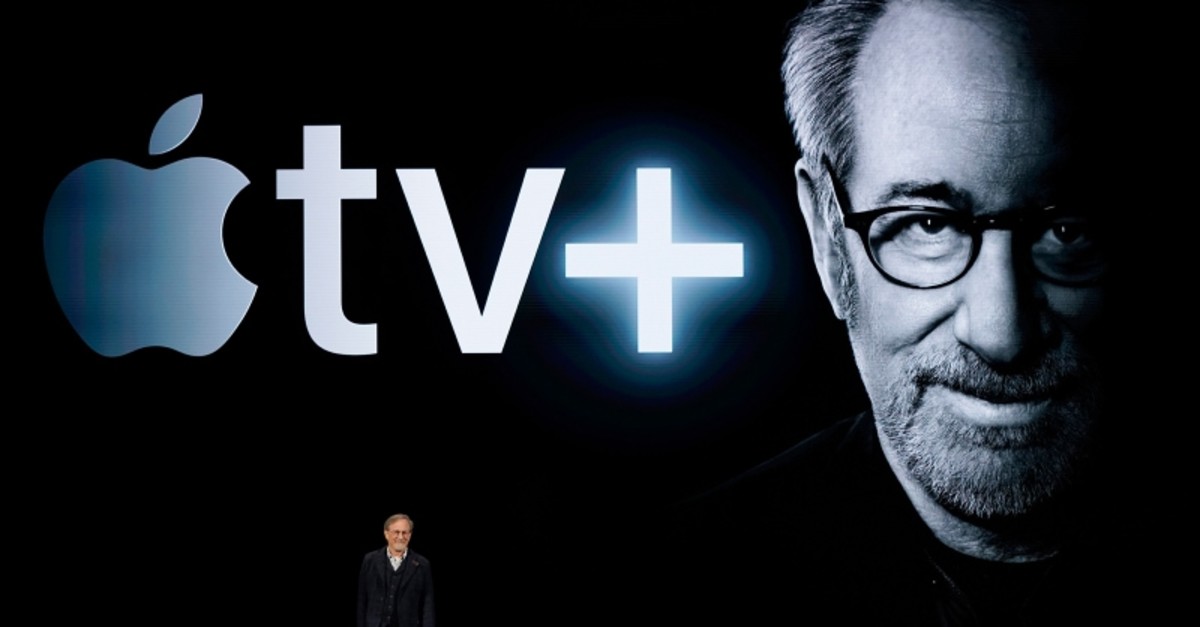 Jumping belatedly into a business dominated by Netflix and Amazon, Apple announced its own TV and movie streaming service Monday, enlisting such superstars as Oprah Winfrey, Jennifer Aniston and Steven Spielberg to try to overcome its rivals' head start.

Apple didn't disclose the price or the launch date except to say that Apple TV Plus will be available this fall. It will feature Apple's original shows and movies.

The company also unveiled a news subscription service that will give customers access to roughly 300 magazines and a few major newspapers for $10 a month. And it announced a new credit card.

The video-streaming venture is fraught with risk for a company desperate to diversify beyond its star product, the iPhone, whose sales have started to decline . Netflix, which started its streaming service in 2007, has 139 million subscribers worldwide.

But Apple has lots of money, more than 900 million active iPhones, and a track record for innovation that has enabled it to overtake its rivals, even when it enters a business late, as it did with smartphones, tablets and smartwatches.

On the other hand, those markets were still small and undeveloped at the time Apple jumped in. Streaming video, by contrast, is dominated by huge services like Netflix, Amazon and Hulu, with more seeming to appear almost daily, including AT&T's Time Warner, Disney and Comcast.

Among the upcoming programs on the new Apple service will be Winfrey-created documentaries; a show about TV morning talk shows, starring Aniston, Reese Witherspoon and Steve Carell; and a sci-fi show called "Amazing Stories" from Spielberg.

Apple TV Plus will be featured in the existing Apple TV app, which brings together different streaming services such as HBO and Showtime and traditional cable subscriptions.

Video will be delivered to iPhones and iPads, Apple's own Apple TV device, smart TVs and, soon, streaming gadgets from Roku and Amazon.

Netflix, which isn't included in the Apple TV app, turned "binge watching" into a worldwide phenomenon several years ago and has become a powerhouse in both Silicon Valley and Hollywood.

Apple was long focused on making on gadgets: iPhones, iPads, computers. Apple co-founder Steve Jobs toyed with the idea of building a powerful TV business but couldn't pull it off before his death in 2011. It has taken his successor, CEO Tim Cook, nearly eight years to draw up the plan the company will now try to execute.

"Apple is very late to this game," eMarketer analyst Paul Verna said. "Netflix has become the gold standard in how to create and distribute content, using all the data they have about their viewers."

Industry analyst Colin Gillis of Chatham Road Partners said Apple TV Plus is "not going to be a Netflix killer." And Martin Garner of CCS Insights said the service so far lacks "the full range and diversity of content available through Netflix, Amazon and others."

Apple has reportedly spent more than $1 billion on its original TV shows and movies — far less than Netflix and HBO spend every year. It has plenty of money to spend, though, with about $245 billion in cash and marketable securities.

As part of its effort to catch up, Apple hired two longtime Sony television executives in 2017. They have signed up stars such as Spielberg, Ron Howard and Sofia Coppola.

Winfrey received a standing ovation during her appearance at Apple's announcement Monday in Cupertino.

"I'm joining forces with Apple," she said. "They're in a billion pockets, y'all."

Apple News Plus, the news subscription service, will include such major papers as The Wall Street Journal and the Los Angeles Times. Other major newspaper publishers have reportedly been wary of Apple's terms.

The Journal said its full slate of stories won't be available for the Apple service, though it will provide general-interest articles.

Apple said advertisers won't track readers inside the app. That will distinguish it from Facebook and Google, the other major online news hubs.

The company's new Mastercard credit card, called Apple Card, won't have any late fees or annual fees and will offer 2 percent cash back.