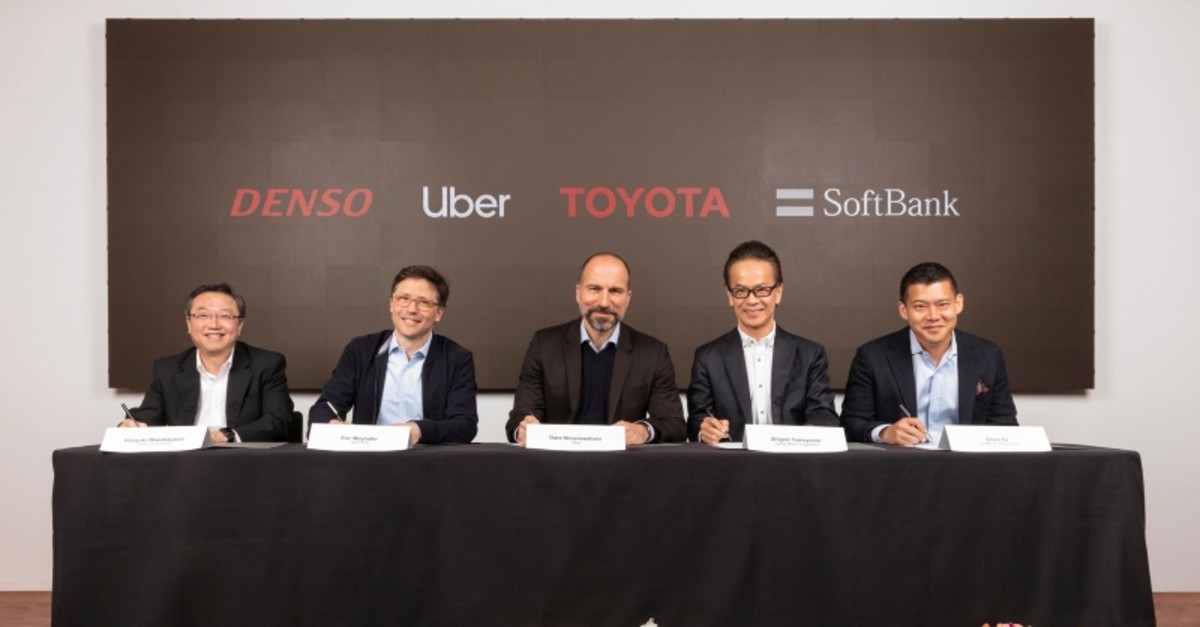 The investment "aims to accelerate the development and commercialization of automated ridesharing services," Toyota said in a statement.

The move comes as Toyota steps up such efforts, including investing $500 million in Uber, based in San Francisco, and setting up a $20 million joint venture with SoftBank to create mobility services, both announced last year.

Toyota also promised to contribute up to $300 million more over the next three years for developing next-generation autonomous vehicles and services.

Uber Chief Executive Dara Khosrowshahi expressed hope that the deal, set to close by the third quarter, will help maintain Uber's leading position in the technology.

"The development of automated driving technology will transform transportation as we know it, making our streets safer and our cities more livable," he said.

SoftBank has invested in Didi and Grab, as well as Uber, and has acquired IoT leader Arm, while Toyota is developing autonomous vehicles in time for the 2020 Tokyo Olympics.

Automakers around the world are forming tie-ups to develop next-generation transportation, and Google's Waymo and U.S. electric-car maker Tesla are also big players in the effort.