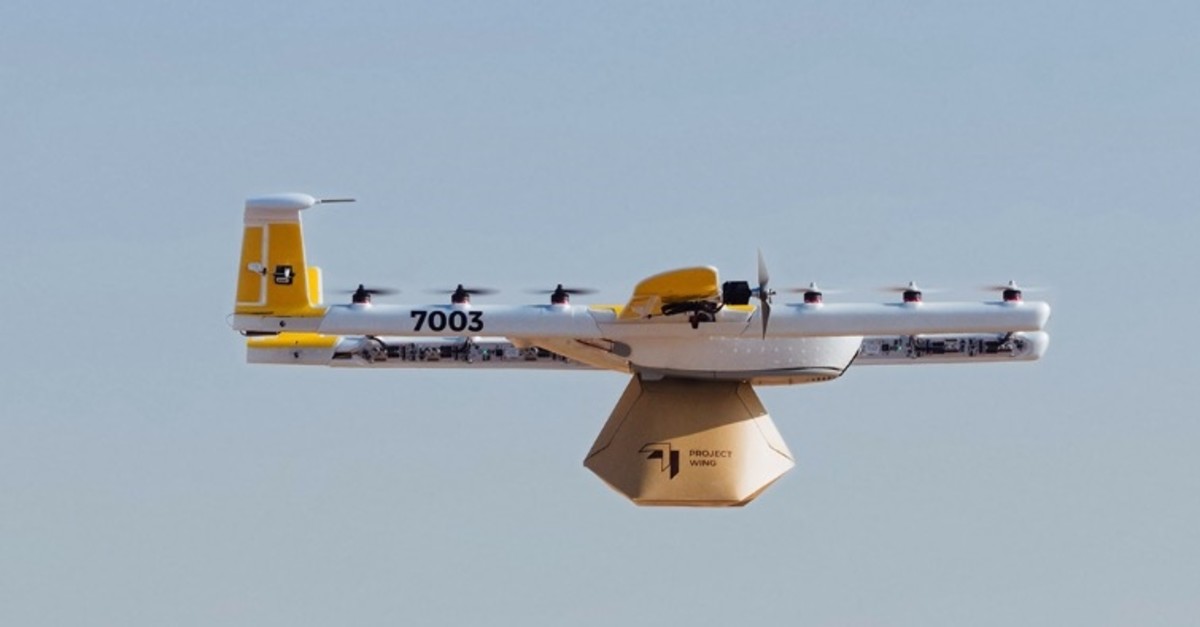 Drones have already changed the military industry; transportation and how way we use cameras; soon it seems like they will change the entire delivery and cargo systems, too

In a historic decision, the U.S. Federal Aviation Administration (FAA) has approved Google's drone service Wing to conduct commercial deliveries using drones in the state of Virginia. In its decision, the FAA cited the case of the Australian state of Queensland as an example.

By certifying a "drone aviation company" (Wing Aviation) for the first time, the FAA has opened the way for these vehicles to be used for home deliveries. With this development, it is thought that over time more drone companies will be given commercial operation certificates by the FAA. Other drone companies are already conducting test flights in the U.S., and soon U.S. skies may have significant drone traffic.

An announcement from Wing Aviation said that the company hopes to begin making drone deliveries in the cities of Blacksburg and Christiansburg in the state of Virginia within this year. Wing said with drones, products like food and medicine can be delivered much faster to people and the consumers will be able to dedicate their time to doing more important things.

Over the last few years, Wing Aviation conducted 70,000 test flights and 30,000 cargo deliveries in the Australian state of Queensland. It is thought that the company's successful operations in Queensland had a significant impact on the FAA's decision.

It is not hard to guess that with this approval air traffic in Virginia will increase. But Wing stated that air deliveries actually pose less risk to pedestrians than deliveries done with cars and that with drone deliveries people, especially those in need, will have more choice and freedom. These drones which use electricity are also expected to lead to a decrease in road traffic and air pollution.

It is certain that drones have the capability to positively impact the daily lives of people, especially by helping save time. On the other hand, it must be noted that residents of the city of Canberra in Australia, where test flights were conducted, have complained of the noise created by the drones.

According to research conducted by PwC, also known as PricewaterhouseCoopers, the global market for drones is worth $127.3 billion. The leading industries contributing to this number and their corresponding market sizes are as follows: $45.2 billion market size in infrastructure, $32.4 billion in agriculture, $13 billion in transportation and $10.5 billion in security.

Considering this large market, Wing receiving a certificate that approves commercial deliveries in the U.S. is critically important. Many countries across the globe, including Turkey, have introduced limitations to the use of drones due to security reasons. The U.S., one of the countries expected to have a large presence in the drone market, is among the countries that have taken a conservative approach on the subject. In the last few months, the incidents at Newark Liberty International Airport in the U.S. and Gatwick International Airport in the U.K. where airport operations were disrupted due to drones, brought the possibility of a drone-plane accident to public attention.

Tesla founder Elon Musk said he believes Tesla will bring "robotaxis" into the market in the following year with the necessary approvals. Talking at an investors' conference, Musk said he is very confident in this prediction and that Tesla is planning to bring its vehicles to the market via a sharing-renting method similar to Uber and Airbnb. Musk also stated that the robotaxis will be able to be hailed via a smartphone app.

Musk expressed his belief that by the beginning of 2020, Tesla vehicles will be able to be driven without "touching the steering wheel," and that with expected regulations being introduced within the same year a new era will begin.

Tesla has not reached what is called level 4 in the field of autonomous driving, where a car is capable of autonomously executing all functionality under the observation of a human driver. Level 5, where cars become truly self-driving and autonomous without the need for a human observer, does not yet seem ready for implementation. For this reason, Musk said, "Tesla has all the hardware required for autonomous driving. All we need to do is develop the software." On the other hand, as the news and footage of autonomous cars crashing, drivers sleeping while their cars are on autopilot and electronic equipment malfunctioning spread, the inertia of the people to trust "fully autonomous vehicles" becomes harder to overcome.

On the other hand, a test conducted at Ryerson University in Canada has taught an autonomous vehicle to avoid accidents via using the "deep reinforcement learning" method, which is based on the principle of training algorithms via punishments and rewards. Autonomous vehicles promise comfort and convenience to drivers. But security is more important than comfort.

Machine learning, which can be defined as an artificial intelligence (AI) method, can find itself in a situation where it has to choose between avoiding collision with a pedestrian and ensuring the security of the driver. At the experiment conducted at Ryerson University, the algorithm was trained by being punished for hitting a pedestrian or making sudden brake in simulations.

The severity of the punishment was determined by the severity of the collisions or the abruptness of the brakes. Following the training, the autonomous vehicles were brought into a simulation test. In the simulation where real data was used, the vehicle did not hit any pedestrians and made smoother brakes at high speeds. It is expected that new advances in the field will be made via more experimentation with the deep reinforcement learning method on autonomous cars.