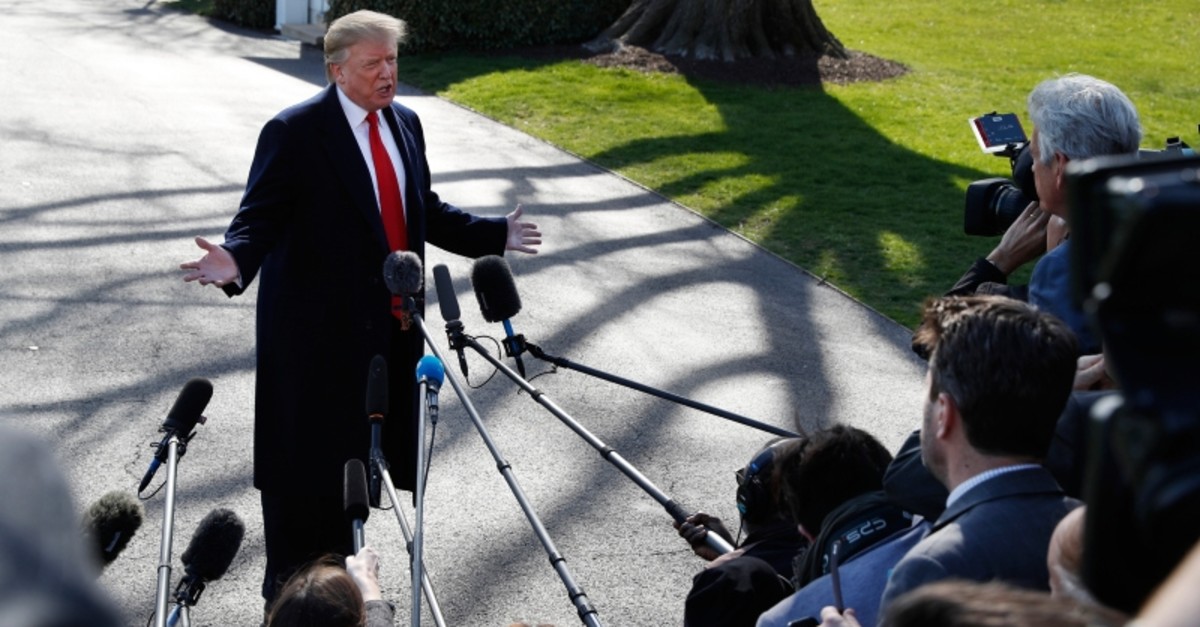 In this file photo taken on December 04, 2017 right-wing British provocateur Milo Yiannopoulos answers questions during a speech at Parliament House in Canberra (AP File Photo)
by Associated Press
May 04, 2019 8:00 pm

President Donald Trump criticized social media companies after Facebook banned a number of extremist figures, declaring that he was "monitoring and watching, closely!!"

Trump, who tweeted and re-tweeted complaints Friday and Saturday, said he would "monitor the censorship of AMERICAN CITIZENS on social media platforms. " He has previously asserted that social media companies exhibit bias against conservatives, something the companies have rejected as untrue.

The president's comments came after Facebook this week banned Louis Farrakhan, Alex Jones and other extremists, saying they violated its ban on "dangerous individuals." The company also removed right-wing personalities Paul Nehlen, Milo Yiannopoulos, Paul Joseph Watson and Laura Loomer, along with Jones' site, Infowars, which often posts conspiracy theories. The latest bans apply both to Facebook's main service and to Instagram and extend to fan pages and other related accounts.

Facebook's move signaled renewed effort by the social media giant to remove people and groups promoting objectionable material such as hate, racism and anti-Semitism. The company said it has "always banned" people or groups that proclaim a violent or hateful mission or are engaged in acts of hate or violence, regardless of political ideology.

On Twitter, Trump cited a number of individuals he said were being unfairly treated by social media companies, including Watson. He insisted it was "getting worse and worse for Conservatives on social media!"

Trump, who uses Twitter extensively to push his message, recently met with Twitter CEO Jack Dorsey at the White House after attacking the company and complaining that it was not treating him well because he was a Republican. He later described it as a "great meeting."

The president had more than social media on his mind Saturday. He also tweeted that he was holding out hopes for a deal with North Korea on its nuclear program, as well as improved relations with Russia, now that he feels the special counsel investigation is behind him.