Ventures from around the world meet on Startup Turkey stage 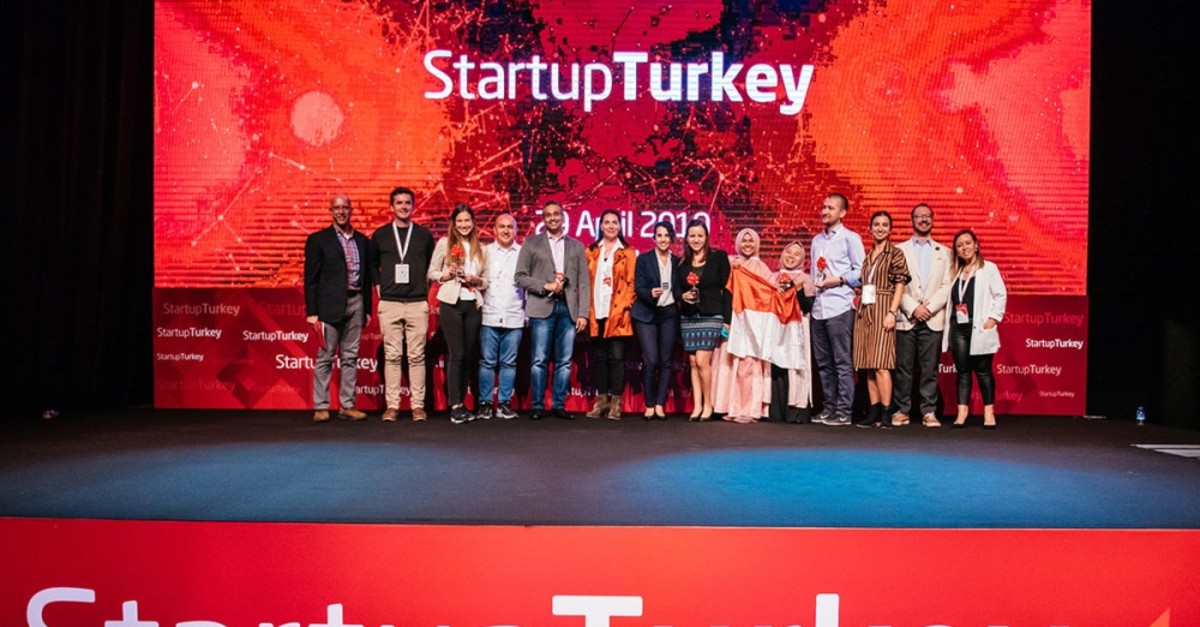 Four of the most successful startups were awarded at Startup Turkey, which saw around 130,000 entrepreneurs from around the world applying this year.
by Timur Sırt May 04, 2019 12:11 am

Winners of the Startup Turkey Challenge 2019 have been announced. Some 130,000 entrepreneurs from around the globe applied to the event, which made Istanbul a part of the entrepreneurial ecosystem, while four out of the 10 finalists won the top awards

Etohum, a successful acceleration program and the architect of the first international startup event organized in Turkey, managed to turn Istanbul into a center of attention in the entrepreneurial ecosystem. This year startups from all over the world made great efforts to take the stage in Istanbul. In Startup Turkey, one of the largest and most important entrepreneurship events in the world, four of the most successful startups were selected among 10 finalists by the judges and the participants.

As part of the 11th Startup Conference for which 130,000 entrepreneurs applied this year, four Startup Challenge 2019 winners among the 10 finalists were announced. Ali Huda from Denmark won the first prize, followed by Temanbisnis from Indonesia as the runner-up and Wayakit from Mexico in third place. Turkish venture Dine and Pay took home the Startup Estonia special prize.

Ten entrepreneurs made presentations on their startups in front of a jury consisting of Amy Cosper, former editor-in-chief of Entrepreneur Magazine, Salman T. Jaffrey from Saudi Aramco, and Mathew Johnson, one of the former partners of 500 Startups, in the Startup Turkey event organized for the 11th time by Etohum, Turkey's leading accelerator program and early-stage investor. After their presentations, the entrepreneurs answered questions from the jury about their ventures. After completing these 10 presentations, the judges named Ali Huda from Denmark, Temanbisnis from Indonesia, and Wayakit from Mexico as the best ventures. The Startup Estonia special prize, one of the most important sponsors of the event, was given to Dine and Pay from Turkey. Etohum, which has initiated large-scale activities, such as Startup Turkey and Startup Istanbul, provides consultancy and mentoring for entrepreneurs, who have a new business idea in the fields of Internet and technology and want to establish their own company, on capital, management, marketing and other subjects.

The biggest concern of families is the failure to find the right content for their children on content platforms like YouTube. Ali Huda, which produced a solution to this problem, won the first prize in the competition. Ali Huda has developed a video content platform that offers educational and entertaining videos to the children of Muslim families.

Dry cleaning at your door

Startups that bring dry cleaning services to your door are quite ambitious in creating different solutions. Wayakit, which won the third prize, serves as a portable dry cleaning and bad odor removal solution, making it possible to get a location-independent dry cleaning service. It is not easy to monitor satisfaction in the services sector. Dine and Pay, which received the Startup Estonia special award, offers mobile payment services to increase customer satisfaction in restaurants, thus highlighting the importance of monitoring customers that enter the restaurant.

Telecommunication companies such as Türk Telekom now offer instant messaging software that kills short messages. Argela, which developed online voice and messaging platform Wirofon years ago, now features a brand-new service. The Beta version of LAFF, the domestic and national messaging application developed by Türk Telekom's R&D and technology company Argela, is now available for Android and iOS platforms. LAFF Beta can be used as operator-independent on all mobile platforms. Ramazan Demir, the digital and cybersecurity product development assistant general manager at Türk Telekom, said that LAFF Beta was also developed by Argela, the architect of the Wirofon messaging platform. "LAFF Beta is the product of a six-month work that we realized using our own internal resources with the logic of a task force," he added.

"LAFF Beta is the product of a project carried out with the logic of a task force using our own internal resources together with the young people working in Türk Telekom and our subsidiary Argela," he continued. "Together with our team, which is also the architect of Wirofon messaging platform that Türk Telekom users have been familiar with for some time, we have developed LAFF as a universal instant communication application that can be used in all mobile platforms, which will appeal to both global trends and our culture by examining all world trends. LAFF Beta is available in the Google Play Store for Android devices and the Apple App Store for iOS users. The soon-to-be-released full version of LAFF, Turkey's newest social messaging app which is currently being introduced to users with its beta version, will include many new and exciting features that do not exist in other chat applications, such as social interaction."

Institutions can also use:

- FREE CALLS: Call your friends and family for free, even if they are abroad.

- MESSAGING GROUPS: Create group chats with up to 150 participants to easily communicate with friends or family. It is also possible to use it for teamwork within the organization.

- PHOTOS AND GIFS: Enhance your conversations with photos and GIFs and enjoy LAFF.

- SECURE COMMUNICATION: Chat securely with LAFF, which encrypts all conversations between contacts and groups end-to-end.

- EASY-TO-USE INTERFACE: Use many features with a simple and user-friendly design.

Octovan, a platform that helps move and transport goods with reliable and professional transporters, has received its second investment this year. Having received investment in the first quarter of the year and supported by İşbank's business acceleration program Workup, Octovan finds customers for transporters and provide customers with a reliable transporter. As with BiTaksi or Uber, Octovan does not have its own transporting team or vehicles. However, it brings you the most reliable and professional transporters. Octovan was the first investment of the venture capital firm Vinci VC in this sector. Erhan Güneş, the founder of the initiative, explains how to evaluate the investment. "We are currently only serving Istanbul. Together with this investment, we are opening up to new cities including Istanbul, Ankara, İzmir and Bursa," he continued. "We are also renewing our iOS and Android apps. Our new applications will be available in May. Our team, which consisted of three founding partners before the investment, now has six partners and growing. We moved to an office in Kolektif House Levent. We are looking at the user ratings and the actions taken by the transporters via the app to reach the transporters who are really successful in the transport sector and who love their job."

Octovan aims to meet the needs of both individual users and corporate users in the best way possible. The Octovan price policy is calculated with a special multiplier for the opening price according to the vehicle capacities and kilometer-based vehicle type. With Octovan you can move your house in seconds with transporters who have received positive comments and high ratings from previous customers, proving once again that there is nothing better than a real user's reference. With an Octovan application or on www.octovan.com, you can make a reservation by credit card or cash payment. You can make your payment by credit card automatically after the transport or you can make your payment to the Octovan transporting team safely in cash.

Charging bag on your back

It is a great blessing to use a bag with the wireless charging feature as a user who has been carrying backpacks for years. Turkcell's crowdfunding platform, Arıkovanı, has showcased Swenna, the backpack design of the future. With its wireless charging feature, the water-resistant and shock-resistant, stylish-looking bag received more than half of its target in its first week in Arıkovanı. With Swenna, bags can charge the phone without cables or accessories.

Swenna, a smart bag that can charge your phone wirelessly, reached more than half of its targeted support during the first week of funding in Arıkovanı. Aiming to create the bags of the future, Swenna is committed to moving the bags beyond just a piece of cloth. With Swenna, bags can charge phones when not in use without any cables or accessories. In addition, users can understand incoming calls with the vibration of the bag and can reject them when they are not available. The bag can also be easily charged when left on the pad accessory.

10 features of the backpack:

- LED lighting: It is now easier to search for goods in the depths of the bag.

- RFID-Radio Frequency Identification: This special pocket that does not transfer wireless signals protects your credit cards and identity information from thieves.

- Wireless charging pad: Bags can be easily recharged whenever and wherever you want.

- Water resistant: Your belongings will not get soaked in the rain.

- Keychain: Keys can be easily secured.