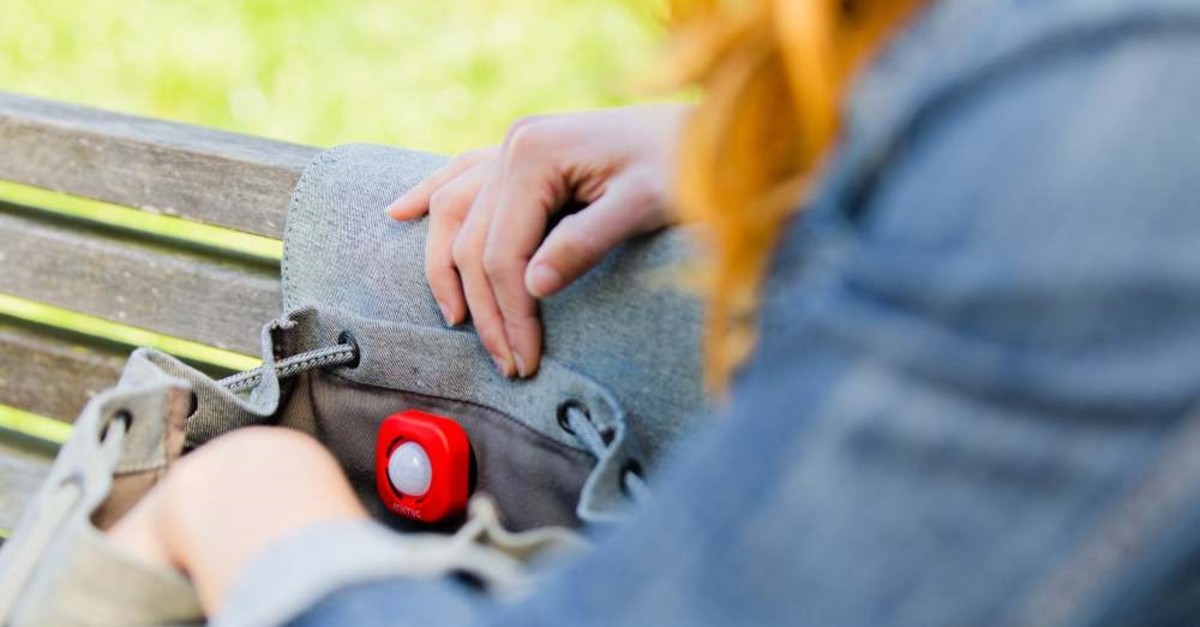 According to an internet of things analytics survey, the market for security solutions connected to the internet is expected to approach $1.5 billion by the end of 2019.
by Timur Sırt May 25, 2019 12:31 am

Mimic Go, the world's smallest security system product from the Smart Mimic startup, which has recently entered the American market, has taken its place in the popular crowdfunding platform Indiegogo. Mimic Go provides intelligent tracking of all types of equipment, from a backpack to a bike

The number of startups expanding to overseas markets from Turkey is increasing. The biggest dream of technology startups is to achieve success in the U.S. market. Where the biggest competition exists, the number and amount of funds are also large. Smart Mimic, which entered the American market with investment from StartersHub, launched Mimic Go, the world's first portable security system connected to the internet through the global crowdfunding platform Indiegogo. Specializing in the "internet of things" (IoT) based security solutions, Smart Mimic features a variety of capabilities from a backpack's or bike's position to measuring vibration, movement, proximity and temperature.

According to an IoT analytics survey, the market for security solutions connected to th e internet is expected to approach $1.5 billion by the end of 2019. The same study suggests that the market surpassed $1 billion in 2018. Estimates also indicate the market will reach $4.3 billion in 2022. Türk Telekom has invested more in IoT projects in this period when the industry is experiencing a revolutionary change, especially in terms of Industry 4.0. The Türk Telekom venture acceleration program Pilot supports many brilliant devices and technologies that try to bring technology into our lives. 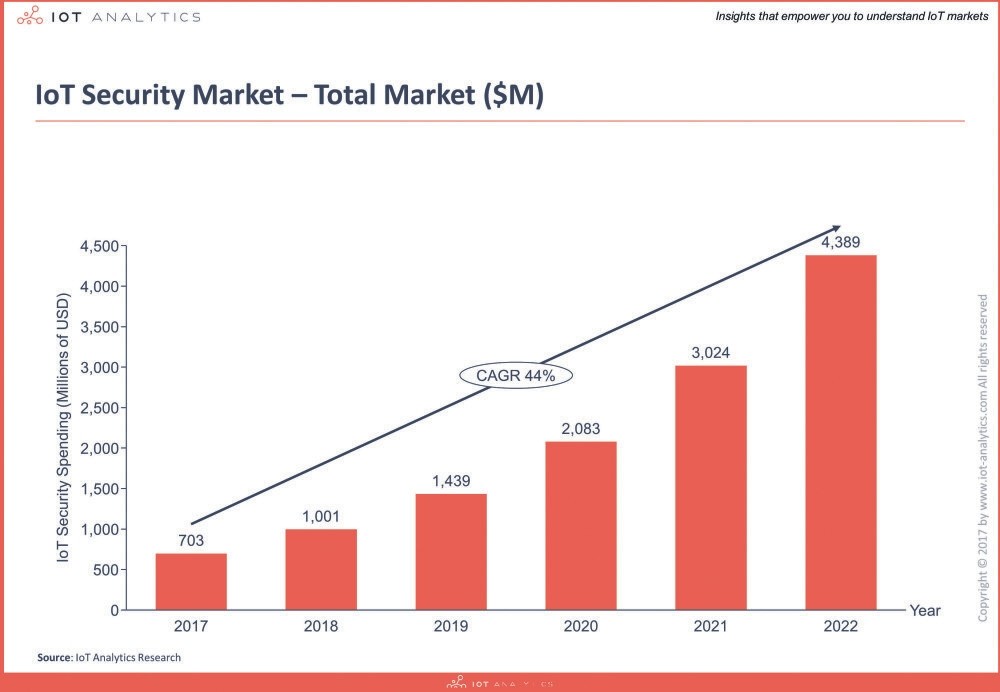 "People are now more mobile than ever. They work from cafes or travel with their families," Noyan Berker, CEO of Smart Mimic, said and elaborated on the concept of personal security, which is changing parallel to increasing mobility. "Whether it is your family staying in an Airbnb or a laptop in a public space, feeling safe and secure has become more important than ever," he added.

The world's first portable personal security system, Mimic Go, features a worldwide location-based GPS tracking unit, eSIM and LTE-M Internet connection via mobile networks, intelligent alarms and 4 different types of security sensors. In other words, it offers users the choice of different connection options. The C-IoT venture Smart Mimic opens its first Internet-connected security solution to the global market on May 21 via the Indiegogo platform. Mimic Go, which creates safe areas with its technology, effectively meets the need for protection, discovery and personal security. The portable security system allows users to receive alerts and notifications anytime and anywhere via a continuous internet connection.

Working in all conditions

The portable security system has been developed to withstand harsh interior and exterior conditions and is small in size. The water and dust-resistant Mimic Go has a rechargeable battery that lasts up to three months. The personal security device, which can be paired with the Smart Mimic mobile app, can detect vibration, motion, proximity and temperature.

When the user has to leave his/her belongings and go somewhere else, he/she can provide protection by attaching the portable security system to the door, window or directly to the goods he/she wants to protect. Smart Mimic, which develops iOS and Android mobile applications for its customers to this end, provides programmable scenarios with its user-friendly interface. These customized scenarios will be shared with other Mimic Go users.

"By attaching this device, you are running a safety alert to act as an alarm for your bicycle," Yalçınkaya said. "The portable security system is smart enough to understand whether the biker is you or a thief. It can also detect motion and turn into a bicycle light."

Mimic Go, which has versatile hardware and software, stands out with a customizable structure. "On our website, we have had a heated discussion about which usage areas could highlight the product because the various scenarios where the device can be used are almost unlimited," Berker further stressed. "We know that Mimic Go will not be able to handle all scenarios as it will be available to users with capabilities that allow for countless intelligent usage scenarios. That's why we want to give power to our users."

Yalçınkaya also commented on the future of Smart Mimic. "We are quite excited about innovations in the field of hardware. The community that unites around the products we are developing excite us at least as much as the Smart Mimic platform," he said. "Our customers taught us that our first product was a definite need and market for a device like Mimic Plus. But we have to go further. We are constantly listening to our customers, and we want to prove this with Mimic Go's evolving technologies."

Smart Mimic, founded in 2017 by Noyan Berker and Serdar Serttop, works with the principle that security should be easy and convenient to access and portable for everyone everywhere. Mimic Plus, the first product of Smart Mimic, debuted in 2017 in Turkey and Europe. Smart Mimic is preparing to expand and develop its personalized approach to individual security systems with the latest product Mimic Go.

Can Demirgüneş, one of the Turkish students who participated in the program, is curious about applications for virtual reality and augmented reality. Demirgüneş is a graduate student in the Department of Business Administration at Koç University and an exchange student at the London School of Economics (LSE). This year for the first time, he will participate in Apple's software developers conference (WWDC).

Demirgüneş has been coding for about two years and is interested in design. He won PowerFM's poster design competition this year, and his designs were showcased on billboards in Istanbul. He works for TurkishKit, established by Emirhan Erdoğan, who participated in the WWDC for the first time on a scholarship. He informs students about coding and WWDC's application process. He works with iPad Pro and Apple Pencil, and his new application proposal combines Swift with coding and physics. Demirgüneş is especially curious about the developments to be announced at the WWDC event in relation to ARKit, UIKit and design-related issues. He also says that he is excited to help more people with TurkishKit thanks to his experiences in this program.

Sixty startups that passed the preliminary elimination in the Mercedes-Benz Turkish StartUP contest attended by 604 startups from 43 provinces came together in a training camp.

The Mercedes-Benz Türk's StartUp contest, in which technology-based startups contributing to one or more of the sustainable development goals of Mercedes Benz Türk and benefiting society and the environment are rewarded, has attracted great attention this year. Sixty entrepreneurs were in the training camp at Mercedes-Benz Türk StartUP 2019.

The election process continues in Mercedes Benz Türk StartUP, which was realized by Mercedes Benz Türk to contribute to entrepreneurs who support innovative, sustainable and creative ideas, contribute to society and the environment, produce solutions that have positive social impact and make life easier. This year, the first 60 startups, which passed the preliminary elimination among 604 entrepreneurs who participated in the competition, attended a one-day training camp, which was designed specifically for entrepreneurs on May 21 in StartersHub. Mercedes-Benz Türk Human Resources Director Betül Çorbacıoğlu, Daimler Global IT Solutions Center Director Özlem Vidin Engindeniz and Mercedes-Benz Türk Bus R&D Director Emre Kuzucu participated in the training camp.

The number of female entrepreneurs applying for the Mercedes-Benz Türk StartUP competition increases every year. This year, women made up 30% of the 60 entrepreneurs that passed the preliminary elimination. Some 83% of the top 60 had an undergraduate and graduate degree. The age of the top 60 ranged from 19 to 49. The average age of those who passed the preliminary elimination was 30, while the generation Y born between 1980 and 2000 constituted the majority with 83%.

Some 30% of the contestants who passed the preliminary elimination contribute to good health and well-being, about 30% to decent work and economic growth, and 20% to sustainable cities and communities. Other prominent targets contributed by startups are responsible consumption and production, industry, innovation and infrastructure, reduced inequalities, climate action and gender equality, respectively.