E-invoicing paves the way for investment in Turkey 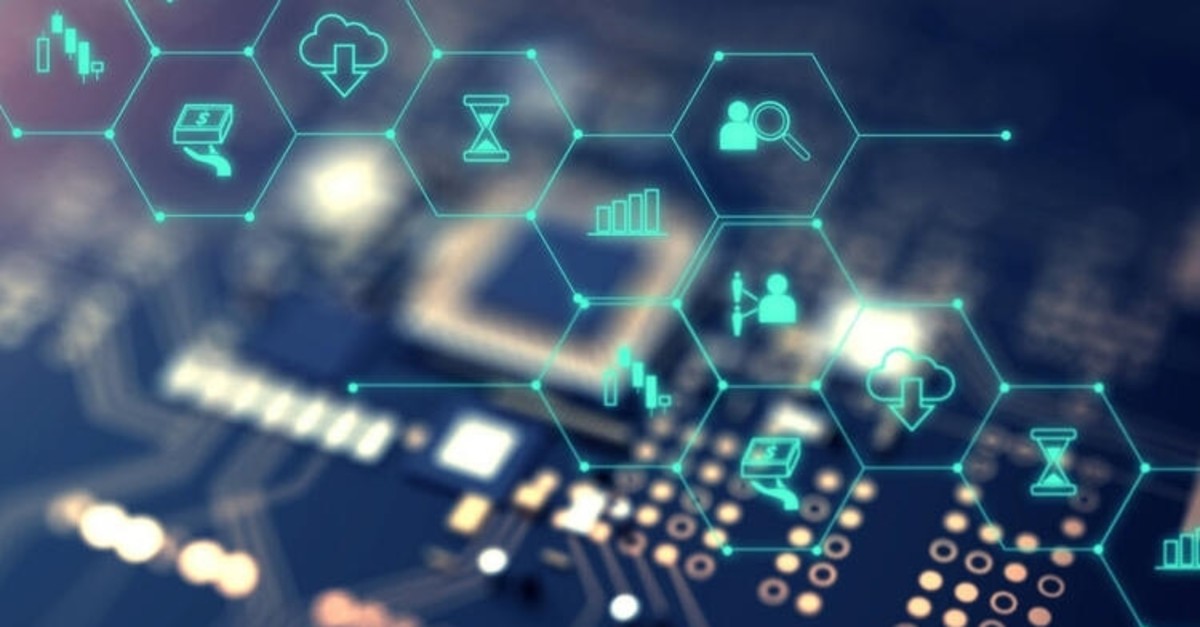 Turkish startup Foriba, operating in the field of regulatory and financial technologies, rapidly performed in global markets and realized its investments.
by Timur Sırt Jun 02, 2019 12:04 am

E-government regulations have led to the emergence of technology startups. U.S.-based Sovos has acquired Foriba, which is growing with stable regulatory decisions as a startup specializing in e-invoicing and digital transformation

Foriba, which offers cloud-based e-invoicing services, has received an investment from U.S.-based Sovos due to its regulatory decisions supporting e-government and focusing on the needs of SAP customers. E-government services that have recently emerged in Turkey allow new generation technology startups to grow and increase in number. Finally, Foriba, which offers cloud-based e-invoicing services, has been sold to U.S.-based Sovos for about $60 million to $80 million.

Revo Capital, an investment fund focused on technology and Internet startups, has acquired Foriba and Paraşüt, which is also a cloud-based pre-accounting startup. Foriba, one of the companies' first investments, was bought by U.S.-based Sovos, a world leader in finance, tax software and reporting solutions. The details of the investment made by Türkven to the cloud-based pre-accounting startup Paraşüt will be announced later.

Koray Gultekin Bahar said that after the acquisition of Foriba by U.S.-based Sovos, he would continue to serve as the CEO of the company. "Sovos wants to use our experience after the purchase as an expertise center. In other words, Foriba's field of activity and expertise will further expand," Bahar said. "By the end of the year, we will export the solutions we use to about 15 European countries. We will also have the opportunity to strengthen our operations in Asian countries such as Vietnam, Taiwan and Indonesia. As Foriba, we continue to lead digital transformation projects needed by larger holdings using SAP software. The software will also contribute to our exports."

Success is not a coincidence

Revo Capital Managing Partner Cenk Bayrakdar said that their venture capital fund targeted cloud-based corporate technology startups, adding that they had the chance to make the first two breakthroughs in a row. Pointing to the importance of American capital investment in this period, Bayrakdar said that success was not a coincidence. "These investments are a result of stable regulatory decisions," he continued. "Foriba's acquisition by Sovos, a world leader in its field, has been the success of the entire team, spearheaded by Ahmet Bilgen and Koray Bahar. For five years, we have had the chance to follow the company's transformation from a local software company to a global player. We have witnessed that this success is not a coincidence and that it is justified." The outcome of regulations Bayrakdar stressed that Turkey featured more advanced regulations on e-invoicing than Southern and Eastern European countries. "These sales are, in fact, an outcome revealing the contribution of regulations and digital transformation to Turkey," he added. "We have more advanced regulations than countries like Poland, Hungary, and Italy. Foriba's office in Italy has gone beyond expectations and is used by SAP customers. Through the second fund we are currently establishing, we are aiming to increase our investments in the region together with international investors."

How the U.S. firm invested in Turkey

The investment in the Foriba startup in the current process caused everyone to ask the following question. "How did the U.S. firm invest in Turkey without being dependent on economic and political conjuncture?" We should write the reasons for this investment successively to set an example to other startups.

Here are the Foriba investment's reasons:

1) Foriba's ability to do business globally was the most important reason for the investment. The company's successful operation in the Italy operation showed that the growth strategy in Europe was right. Foriba also aims to grow in the Turkic Republics.

2) Continuity of regulatory decisions enabled a cloud-based e-invoicing startup from Turkey to specialize in this field. Turkey came forward with e-government projects far ahead of Eastern and Southern European countries.

3) SAP experience as the world's largest venture software company has led major holdings to lean towards Foriba's solution. It specializes in the digital transformation of companies on regulation and e-invoicing.

As one of the pioneering startups in the field of regulatory and financial technologies, Foriba rapidly performed in global markets and realized its investments. With over 13,000 references from each sector, the company has active customers from six countries in compliance with regulations in 10 countries.

It merged with ISIS, one of Turkey's leading IT companies and opened an office in Italy. Turkey's leading e-transformation company in electronic documents accelerated its globalization and growth targets. The concept of e-transformation, which was regarded as a vision by the European Union in 2010, was also positioned as one of the seven vital points in the 2020 plan, which set the Union's growth targets for the future. According to Foriba CEO Bahar, there is worldwide acknowledgment that companies and public institutions will remain behind global development if they are not integrated in digital transformation.

Bahar said that they would double their investments in human resources following the acquisition and that the company would maintain its research and development (R&D) investments to preserve its pioneering power in digital transformation.

"In our areas of expertise, we will implement new products to be used globally," Bahar said. "Plus, we are extensively involved in innovations that will boost customer satisfaction and reduce costs. Building cloud systems and ensuring their safety are the most pressing issues in this regard. We have a team of 200 people, and we aim to double this figure."

AI startups from Turkey have begun to come forward with the quality workforce. ITÜ ARI Teknokent's Tazi has become one of the four companies in the world included in Gartner's 2019 Cool Vendors in Artificial Intelligence Core Technologies report, which has the potential to transform market trends. Tazi, which offers artificial intelligence products that can learn continuously and from people and explains its abilities to people, has been named a Cool Vendor in the report.

Thanks to the open machine learning platform that encourages users to increase their confidence, Tazi won this title by distinguishing itself from other global companies working in this field.

According to the report, Tazi's basic design approach includes gaining users' trust and learning from data, as well as getting information from them. Tazi's explainable AI approach also introduces an understanding of machine learning models, inputs, outputs and business values.

"We believe that our business-friendly approach, which does not require costly data science resources and can be managed directly by business analysts, is the most appropriate way to expand and spread the use and effectiveness of machine learning technology globally," Tazi founder and CEO Zehra Çataltepe said. 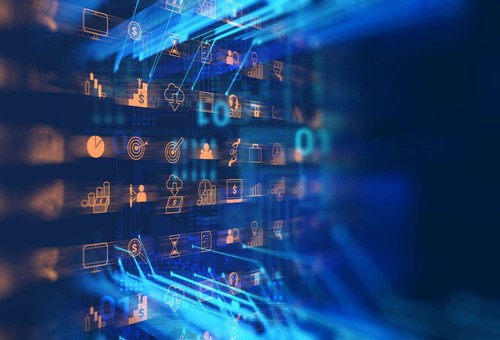 Argela has achieved new success in the international arena in the field of next-generation telecommunications solutions. The SIGMONA project, which was launched as part of the Celtic-Next Research Program supported by the European Union, in which Argela is among the project partners, received the Eureka Innovation Award at the EUREKA Global Innovation Summit. The SIGMONA project aims to use the SDN (Software Defined Network) and NFV (Network Function Virtualization) technologies in the 4G (LTE) network to make the communication network and its functions more software-based and virtualized, thus reducing network installation costs and facilitating network management. Network solutions become independent from the manufacturer, while network resources can be managed centrally and dynamically, thus paving the way for advanced security solutions. Serving as a coordinator and partner in this project, Argela takes an active role in the technical stages of the business and develops new products and solutions through R&D studies, adding innovative features to existing ones.

"With our domestic and national solutions, we are moving our country to the league of countries developing next-generation telecommunication technologies, especially 5G," Argela R&D Director Dr. Burak Görkemli said. "We are leading our sector with our research and development activities in this field.

The SIGMONA project has shown that Software Defined Network and Network Function Virtualization features, which will play an important role in future 5G technologies, can be successfully integrated into today's LTE networks. This result enables companies operating in telecommunications to maximize network efficiency and performance, while at the same time allowing them to prepare for 5G. Within the scope of the EUREKA program, which aims to increase industrial competitiveness in the field of EU telecom and information technologies by developing R&D projects, we are proud to see SIGMONA's success crowned with the Innovation Award."

European R&D companies compete at EUREKA and Celtic-Next. When joint project proposals are offered under the Celtic-Next Research Program, in which R&D companies can participate on a project basis, each partner company uses R&D funds by applying for support programs in its own country. The SIGMONA project is supported as part of the TÜBİTAK (The Scientific and Technological Research Council of Turkey) 1509 program.

In addition to the EUREKA Global Project of the Year 2019 Award, the SIGMONA project also received the Celtic-Plus Innovation Award 2018 and the Excellence Award for Network Technologies 2017.

In cooperation with IBM Watson Visual Recognition Service, Anadolu Sigorta plans to reduce the uploading and inspection of vehicle photographs by 70% during the damage assessment process.

The artificial intelligence (AI) solution to insurance, which has turned into gangrene in terms of vehicle damages, aims to eliminate delays. IBM and Anadolu Sigorta announced their joint project to accelerate damage detection processes by using artificial intelligence. The IBM Watson Visual Recognition Service offered on IBM Cloud will help Anadolu Sigorta with vehicle damage via photos and analyze them quickly. Thus, Anadolu Sigorta will be able to upload and evaluate photos 70% faster. This will improve the customer experience by providing faster damage detection and completion of price quotations.

While Anadolu Sigorta opens an average of 1,200 vehicle damage files on a daily basis, 63% of these files show less damage and "running" vehicles. To optimize the damage assessment process through these files, Anadolu Sigorta will benefit from the IBM Watson Visual Recognition Service thanks to its flexible and customizable structure.

The Turkish Entrepreneurship Foundation, which was established to promote the entrepreneurial ecosystem and inspire young entrepreneurs in Turkey, has begun to accept applications for the Fellow 2019 Program (bit.ly/2KirhN7).

University students, who apply to the Fellow Program by June 25, 2019 to demonstrate their entrepreneurship potential, will have the opportunity to take part in different activities and projects as entrepreneurial envoys, to receive a TL 500 scholarship for a year, to get to know inspiring entrepreneurship role models, and to participate in the international network.