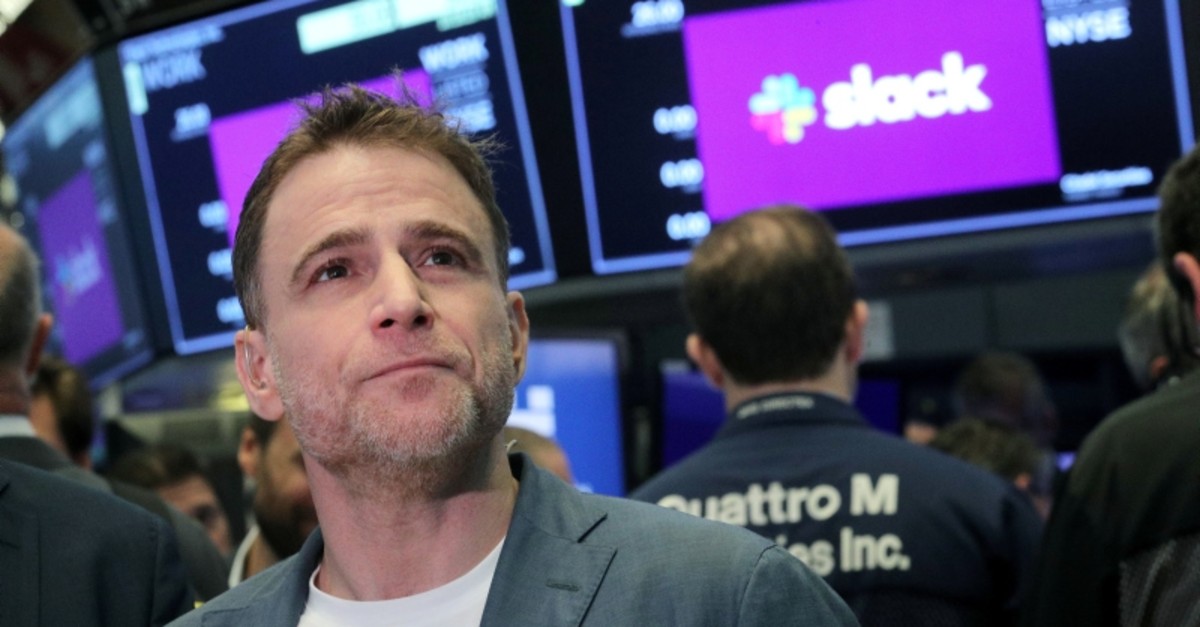 Software company Slack Technologies climbed on the New York Stock Exchange Thursday after entering in a direct listing in the latest sign of Wall Street's appetite for new technology entrants.

Slack's shares debuted on the New York Stock Exchange at $38.50 and rose $3.23, or 8.4%, to $41.73 in afternoon trading. That's 60% above the $26 reference price set by the exchange based on an analysis of recent trading activity among a more limited number of investors in the private market.

The company is expected to have a market capitalization above $20 billion, and will trade under the ticker "WORK."

Unlike two of the year's biggest names, Uber and Lyft, which held initial public offerings, Slack undertook a direct listing.

A reference price is not the initial price, as in an IPO, but rather an indication given by the bourse before initial buy and sell orders that will actually determine the value.

The arrival of Slack -- which markets online tools for information sharing and workflow management -- underscores investor hunger for new companies in spite of some high-profile stumbles.

Nearly halfway through the year, U.S. markets are on track for one of the biggest IPO seasons ever in terms of money raised following a stream of offerings from former "unicorns," private companies worth more than $1 billion.

This approach cuts down on fees to investment bankers in IPOs. Although existing shares can be sold, a direct listing does not issue new shares, averting share dilution but also forgoing the new funds raised in an IPO.

The process can also be riskier in terms of share price volatility compared with an IPO, where underwriters line up investors in advance. In a direct listing, shares are exposed more directly to the open market.

Slack's valuation has jumped from about $7 billion in August 2018, when it last raised funds, to around $17 billion, according to Renaissance Capital, which specializes in the IPO market.

Slack aims to replace traditional work communication like email with its own messaging platform. Users start "channels," or a group chat with a specific topic, rather than starting an email string about a subject. Slack says 600,000 organizations in more than 150 countries use Slack. That includes more than 10 million daily active users, who collectively spend more than 50 million hours in active use of Slack in a typical week, on either a free or paid subscription plan, according to the company. By contrast, Facebook has more than 2 billion users.

They haven't all been successes. Uber's IPO in May was the most highly anticipated debut, but it hit a few potholes on opening day, closing down 8%.

Kathleen Smith, principal at Renaissance Capital, which researches IPOs, said a direct listing saves the company underwriting fees, but it means they have to have a strong investor relations program since initial shares aren't being sold at a discount to attract buyers.

"It's always a little challenging to get this kind of value into the market elegantly, we know it was challenging for Uber," she said. "These very large IPOs can have a rocky road when they enter the market."

Slack said earlier in June for the fiscal first quarter ended April 30, the company lost 26 cents per share as revenue jumped 67% to $134.8 million.

Slack is the second major tech company to start trading with a direct listing after Spotify went public in April 2018. More than a year later, Spotify's shares are trading at $147, about the same price it debuted at.