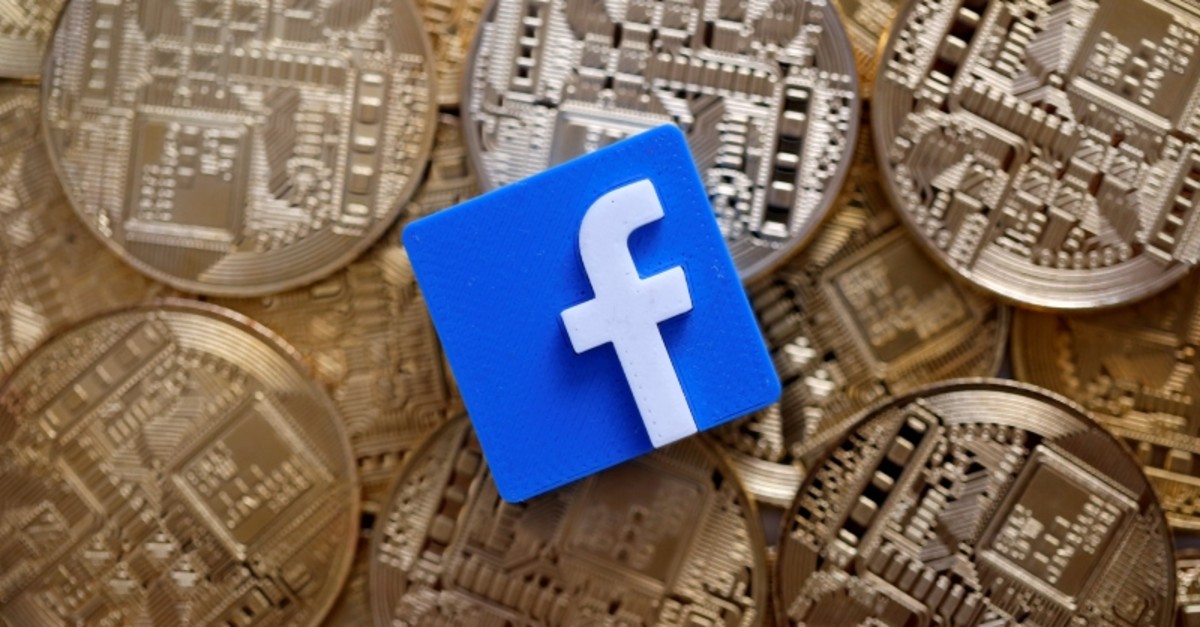 Supporters of Facebook, which has taken the stage with its new cryptocurrency Libra, include technology and finance giants such as Visa, Mastercard, PayU, Paypal, eBay, Uber, Spotify and Lyft. While these companies are expected to use the online giant's new cryptocurrency, an ongoing debate concerns whether the venture will succeed or fail

Facebook's Libra has been added to the ever-growing pool of cryptocurrency ventures. Backed by many of its business partners, Facebook recently introduced Libra and digital wallet Calibra. The online giant announced that both Libra and Calibra would be released in 2020. While some expect the $2 billion Facebook ecosystem to shake the monopoly of traditional finance giants such as the dollar and the euro, there are also those who think it is diametrically opposed to the idea of bitcoin.

Many people see Facebook's big data empire as a prominent opportunity for the future of cryptocurrency. Some circles, on the other hand, regard Facebook as a threat to financial markets. The willingness of major banks and financial institutions to cause the world's biggest economic crisis in 2008 for more profits has accelerated their search for alternatives such as cryptocurrency.

Knowledge Experts CEO Umut Aydın, an expert in Corporate Digital Solutions, said the idea of bitcoin emerged as an outcome of these searches. "With the 2008 crisis, the whole world was stricken by the different legal frauds carried out by the major financial institutions and investment banks for their own benefit. Again, when ordinary citizens suffered, a number of technology-based people created bitcoin with the philosophy of a more transparent, decentralized and non-destructive new economic order," he added. "Although still questioned in terms of sustainability, bitcoin is at a completely different point from (blockchain) Libra, which uses the same technology in terms of its values. Bitcoin aims to provide an alternative to the economic order of states and corporations, while Libra is a payment alternative led by Facebook with the participation of almost all major payment companies in the world."

Stressing that Libra's structure was diametrically opposed to Bitcoin's fundamental philosophy, Umut Aydın discussed whether Libra had a chance of success through some examples. "I do not think Libra's initial aim is in the developed countries where deleting Facebook accounts is the new trend," he said.

Aydın noted that the circulation of money in daily life was one of the major problems to be overcome in underdeveloped or developing countries, which were just beginning to get familiar with technology. "Even though mobile payment applications have been actively used in African countries for years, there is always room for various new channels," Aydın said. "Facebook has already been providing micro-payment service in India with WhatsApp for a while. We also know that they are striving to merge Instagram, Messenger and WhatsApp on a single platform soon, which will inevitably find a response on the user side in developed economies. Once you have talked to your local pizzeria on WhatsApp about what kind of pizza you want, isn't it very simple and convenient to make the payment on the same channel instantly?"

Aydın regards regulation decisions as the most significant factor in payment systems and digital money. "I think they will overcome the regulation issue with payment service companies like MasterCard and Visa. In the end, there is no intention of creating an alternative to the current financial order. All major technology ventures are trying to replace banks," Aydın said.

Successful examples rise from the east

Aydın pointed to China's WeChat as one of the closest examples to Libra in terms of usage scenario. "WeChat, the largest social platform in the country where social media platforms such as Facebook, Twitter, and Instagram are banned, has almost 1.09 billion users," Aydın said. "WeChat is the only digital tool in the social and business life of more than 1 billion people. Through this tool, people can talk to each other, send texts, play games, manage their business and even make payments in the largest countries of the world. Today a Chinese WeChat user is able to pay for shopping, even in London's largest department stores. WeChat is estimated to have an economy of about $50 billion in total."

Would you give up your freedom for technology?

"When you say something on the WeChat platform, the only alternative to a large population of the world, about the anniversary of the 1989 Tiananmen Square events, you simply get blocked from WeChat and enter the Chinese state's follow-up list," Aydın stressed. "People need to think about this. How much should we rely on the promise of freedom and prosperity of these platforms that try to surround us from every possible field, including our social relations, shopping habits, spending and education?"

While the startups accepted to the Fincube Acceleration Program were provided with free offices, mentoring and training, special discounts and grant support from business partners, QNB Finansbank General Manager Temel Güzeloğlu and other senior executives paired with startups and actively mentored, thus monitoring possible cooperation between startups and the bank at the highest level.

QNB Finansbank's General Manager Güzeloğlu said that banks should inevitably learn to work with startups to keep pace with change and explained the acceleration program in detail. "We have created an environment called Fincube where we can test different ideas and implement them," he said. "We also reaped the first fruits of these studies. In this context, the startups selected for our program were given 24/7 office space, a very effective mentor network both from the entrepreneurial ecosystem and within the bank, one-on-one interest and sponsorship of the top executives of the bank, as well as training from experts on critical issues such as sales, marketing, law, accounting, grants, and incentives. All of these supports were provided free of charge and without any shares."

Güzeloğlu said that the ventures benefited from discounts exceeding TL 400,000 from technology giants. "The startups, which passed the first one-month trial period, benefited from special discounts offered by 41 local and global business partners with $5,000 in grant support per team. Eight major startups that worked closely with us for four months in the Fincube Acceleration Program are now ready to face investors. Startups that took part in the program during the four-month period and took the stage on Demo Day presented their advances to investors," Güzeloğlu added.

Price & Me smart assistant, finding the most suitable price for online shopping, attracted the attention of investors. Having started the program as an idea, the startup further developed its product completely and opened it to all users. The venture was able to receive TL 1 million investment from Turkey's leading angels.

Stokbank draws attention for cloud software that carries trade between retailer and supplier in the fast-moving consumer goods (FMCG) sector to the digital environment. Fincube expanded its team with the support of its business partner, strengthened its technological infrastructure and increased its turnover by 50%.

Zebrapos, cloud-based software offering a repetitive collection structure with subscription, supports customers with a solution-oriented approach from start to finish. The startup increased its turnover, acquired its largest corporate customer and got its first global customer.

At present, the biggest problem in many developing countries is the failure to achieve transformation in agriculture. Agrobil, which focuses on development of an agricultural sector-specific planning and procurement platform, started the change from within. Fincube launched its new design with the support of its business partners, including three major brands and nearly 60 farmers on its platform. In the beta process, the startup mediated an order of TL 200,000.

AkıllıSatıcı produces services that offer instant reports and smart suggestions based on instant data for companies selling on e-commerce sites. By using digital marketing and CRM (customer relationship management) tools much more competently, the startup increased the number of users by 25 times and began generating turnover.

Algopoly, an artificial intelligence-backed forecasting tool for the electricity sector, is leading a change that cannot be left to chance. By increasing the number of customers and turnover rapidly, it has quadrupled its estimated electricity consumption rate in Turkey. Kassa is a mobile application that allows you to share and monitor shared spending with your social environment. The startup made improvements in experience through user interviews. To realize the new business model, Kassa aligned itself with a great partner and received investment in this regard.

Pilot, Turkey's first corporate startup acceleration program, continues to support startups in its seventh term. In addition to cash support of TL 125,000 for each team accepted in the program in the new period, many opportunities are also provided, such as access to an extensive mentor and investor network, office space and technology infrastructure. In addition, teams from outside the city can benefit from accommodation services.

The new application period of Pilot, which was launched by Türk Telekom in 2013 to support technology ventures, to provide innovative products and services to its customers in collaboration with ventures and to strengthen the entrepreneurial ecosystem, began on Feb. 4. Türk Telekom will accept applications for technology ventures with which Pilot can cooperate in the seventh period and which have innovative business ideas on www.turktelekompilot.com.tr.

In addition to all other benefits, spearheaded by mentoring, Türk Telekom provides cash support at global standards for each startup accepted to the program. To date, 56 ventures have graduated from Türk Telekom's Pilot, the only institution that provides support under these conditions in Turkey, and these ventures have received TL 3 million in total cash support. These 56 ventures provided employment for 280 people in 2018 and generated a turnover of TL 24 million. Meanwhile, 14 of the Pilot graduates received investment during this period.