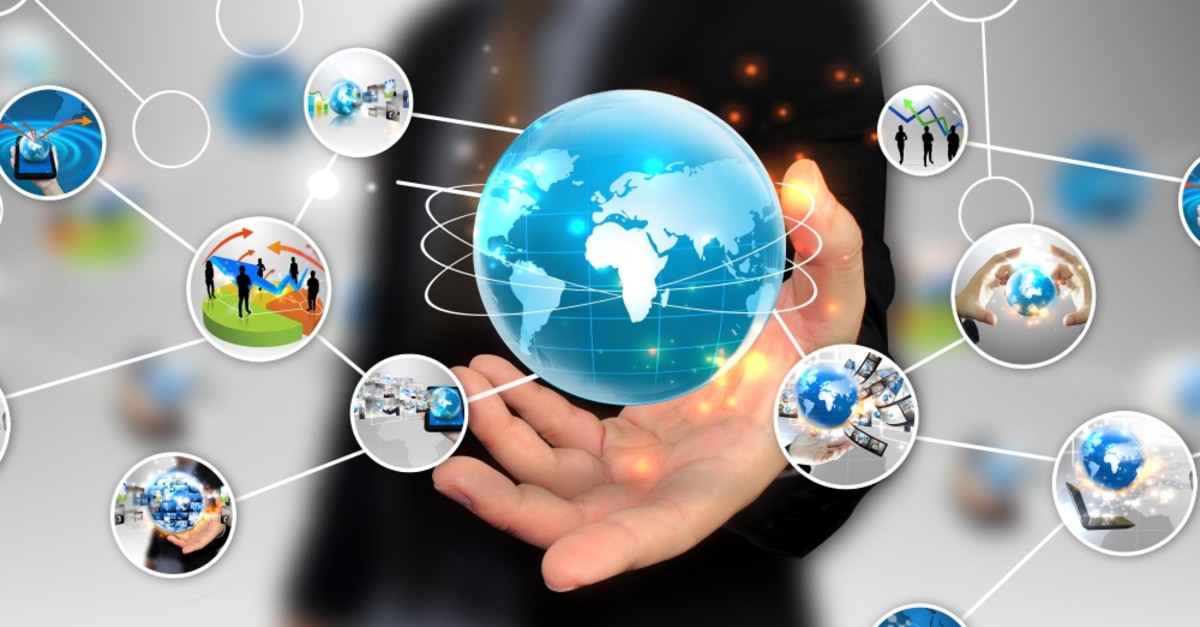 From lawyers to doctors, conglomerates, and small and medium-sized enterprises (SMEs), the entire private sector is waiting for Jan. 1, 2020, when e-Invoice, e-Archive and e-Ledger applications will become mandatory. This transformation will pave the way for technology startups while highlighting savings in institutions

The private sector and government agencies are implementing digital transformations under the auspicious of financial processes. Digital transformation will lead institutions to highlight savings while eliminating bureaucratic processes. After Jan. 1, 2020, e-Waybill, e-Self-Employment Invoice and e-Producer Receipt applications will become mandatory. The transformation process has enabled technology startups such as Foriba and Iyzico to gain value and changed our business habits as an obligatory practice, also giving us new ideas for redesigning our business models.

Meanwhile, the private sector has begun to move process management to the paperless platform with e-Transformation – through e-Invoice, e-Archive, e-Ledger, etc. – applications. In the next few years, the management and control of paperless accounting and human resources processes will begin to take place in digital environments with innovative ideas and habits introduced by e-Transformation.

e-Transformation market to triple in 2020

Kolaysoft Teknoloji A.Ş. General Manager Kezban Boztürk said according to the draft communique issued by the Revenue Administration (GİB), the e-Transformation market was expected to triple on Jan. 1, 2020. "If we look at a few articles in the communique, the taxpayers whose turnover exceeded TL 5 million in 2018 or the following year will be obliged to switch to e-Invoice, e-Archive and e-Ledger on Jan. 1, 2020," Boztürk said. It is also stated that those who are currently e-Invoice and e-Ledger taxpayers are obliged to switch to e-Archive on Sept. 1, 2019.

From doctors to lawyers

The new regulations will accelerate the digitization process in many professions. As such, users from many businesses will widely begin using cloud-based internet services. Kezban Boztürk noted that the taxpayer profession groups to be included in the e-Waybill, e-Self-Employment Invoice and e-Producer Receipt applications starting on Jan. 1, 2020 have been announced. "On Jan. 1, 2020, over 350,000 taxpayers are expected to be included in the process due to the necessity to invoice the e- Self-Employment Invoice receipts electronically for professions such as independent accountants and financial advisers, lawyers and doctors. In summary, with the introduction of these articles in the draft communique, the e-Transformation market will grow several times next year," Boztürk continued. "As the private sector moves to the digital platform, digital evidence will be reviewed in all processes, including public audits, mediation processes, court and the Supreme Court. From the public's point of view, thanks to e-Transformation, first of all, losses will be prevented and inspections and audits will be carried out over the e-Transformation platforms in time, providing convenience and sustainability for an objective auditing process."

All professions moving to the cloud

New regulations will change habits, making cloud-based services available to many professions, including the private sector and government agencies, even from smartphones. Paper usage will be reduced. "The companies authorized by the Revenue Administration (GİB) can show structural and sectoral differences," Kezban Öztürk explained the transformation process. "Although integrators have a common ground on the e-Transformation platform, these differences have a positive impact on integrators to produce rich ideas. The GİB disciplines and improves the management processes of the integrator companies with the required certificates. With technical tests, the engine, portal, and data center traffic in the process are tested to ensure that the platform is healthy before it can go live. The GİB's approach to the e-Transformation process provides opportunities for integrators to improve themselves with confidence in mutual evaluations. At the integrators meeting or one-on-one talks we have held, the Revenue Administration raises the issue of auditing the integrators with the independent audit firms in the following processes."

While startups that emerged in the Turkish entrepreneurial ecosystem in the last two months attracted the attention of the investors, the situation was not so bright in terms of early-stage venture investments. Early-stage technology investment fund StartersHub received applications from more than 1,000 startups in 2018 and became the startup investor of the year by investing in six separate ventures in its portfolio.

StartersHub, one of the leading investment funds of the entrepreneurial ecosystem in Turkey, has made a total investment of $1.1 million. Defining itself as more than just an investment fund, StartersHub continues to support startups that are ready to open to the global market through the StartersHub U.S. office.

StartersHub Chairman Ebru Dorman pointed out that StartersHub provided support on a wide range of issues with direct investments. "As well as the number of investments made, we see that opportunities offered to enterprises and mentor support are also vital. As StartersHub, we bring successful startups together with the most important investment networks in Turkey and the world, supporting them in critical business processes such as marketing, business development, law and accounting," Dorman noted.

The winners of MediaMarkt Startup Challenge'19, a startup project organized by MediaMarkt Turkey in partnership with Tekzen, were announced at an award ceremony. At the ceremony, startups that would make a difference in the retail sector were rewarded, and the Turkish Bagaj was entitled to participate in the Retailtech Hub Program in Munich.

"Startup Challenge is becoming an innovative entrepreneurship center in the electronics retail industry," MediaMarkt Turkey and Greece CEO Yenal Gökyıldırım said. "We believe that our entrepreneurs will play an important role in overcoming difficulties by creating a kind of domino effect on both the national economy and sector scale."

"We are here to support the entrepreneurial ecosystem and young entrepreneurs in Turkey, as well as contribute to commercial value," Tekfen Holding Chairman and Tekzen CEO Murat Gigin noted.

Turkish startup Bagaj was named the winner of the MediaMarkt Startup Challenge'19. The project is defined as a mobile application used to store a personal item safely in designated places such as city centers, shopping centers, beaches and concert halls.

Bagaj, which will participate in the Retailtech Hub Program in Munich, Germany in this context, is also entitled to take part in the acceleration program that offers corporate partnerships for entrepreneurs and to be included in the entrepreneurial network of Plug and Play, one of Silicon Valley's most active investors.

The second runner, Poltio, is a data platform that can analyze and target customer behavior. Poltio will have the opportunity to become a pilot application in the stores of MediaMarkt and Tekzen in Turkey and to offer solutions to the Category Merchandising Association. The Greek Pegneon project, which came third in the Startup Challenge, prepares training for children through a playing method. Pegneon will also have the opportunity to become a pilot application in MediaMarkt and Tekzen stores in Turkey. In addition, all three projects will be able to introduce their solutions at the Retail Technologies Conference to be held in Istanbul on Oct. 1.

MediaSaturn Retail Group Executive Board Member and MediaMarkt Turkey and Greece CEO Yenal Gökyıldırım said MediaMarkt Startup Challenge'19 gained an international dimension this year. "We announced that we would open the MediaMarkt Startup Challenge abroad and that entrepreneurs from Greece would also participate," Gökyıldırım said. "However, the international feature of our project was further dimensioned. In addition to Greece, we received surprising applications from countries such as Poland, Ireland, Azerbaijan, Nigeria and Palestine. The MediaMarkt Startup Challenge is becoming an innovative entrepreneurship center in the electronics retail industry. In fact, 35 out of 100 applications came from foreign countries. This gave us great pride."

The robot basketball player CUE3, which does not miss a single shot from the three-point line with a noteworthy percent enough to make NBA players jealous, has seen success with the support of artificial intelligence.

Robots' work as perfect as algorithms leads to change everywhere. Toyota's artificial intelligence (AI) backed basketball player, CUE3, performs with a 100 percent shooting score. The 204-centimeter-tall CUE3 weighs 56 kilograms and plays in the shooter's position. The AI-backed basketball player, who shoulders the scoring load of his team with a 100 percent statistic without sweating from the three-point line, amazes everyone with its performance. Developed right after the first artificial intelligence basketball players CUE and CUE2 and registered to the Alvark Tokyo team, CUE3 also holds the title of being the first AI-backed professional basketball playing robot in the history of Japanese professional basketball.

Having entered the Guinness Book of World Records, the robot basketball player took six months to build. Toyota continues to develop robots that can be used in all areas of life through investments in artificial intelligence, showing the long distance covered in this scope with CUE, CUE2 and further developed in CUE3. CUE3, which can stand on two legs independently and shoot by calculating all angles and speed on the field, reveals that robots with AI can move like humans. The CUE3, produced by the Toyota Artificial Intelligence Robot Development Group, is an advanced version of the first AI-backed basketball players.

"As Türk Telekom, we will evaluate everything from "internet of objects" (IoT) to artificial intelligence, from cloud to analytical and big data within the scope of digital transformation with our new products and services that we will offer by developing new technology innovation, user-centric design and cloud applications," Önal continued. "In this way, we aim to be a guide for digitalization in the industry, namely Industry 4.0, by keeping cybersecurity at the forefront. We have launched Turkey's largest data center in Esenyurt to keep Turkey's data at home and keep it safe. The Esenyurt Data Center, which was built in accordance with international standards, is the most secure data center of Turkey and is also the closest data center to Istanbul Airport in terms of its location."

The summit was attended by more than 200 senior executives from companies such as McAfee, Netscout Arbor, Barikat Bilişim, eBay, Gittigidiyor and CK Energy Investment.