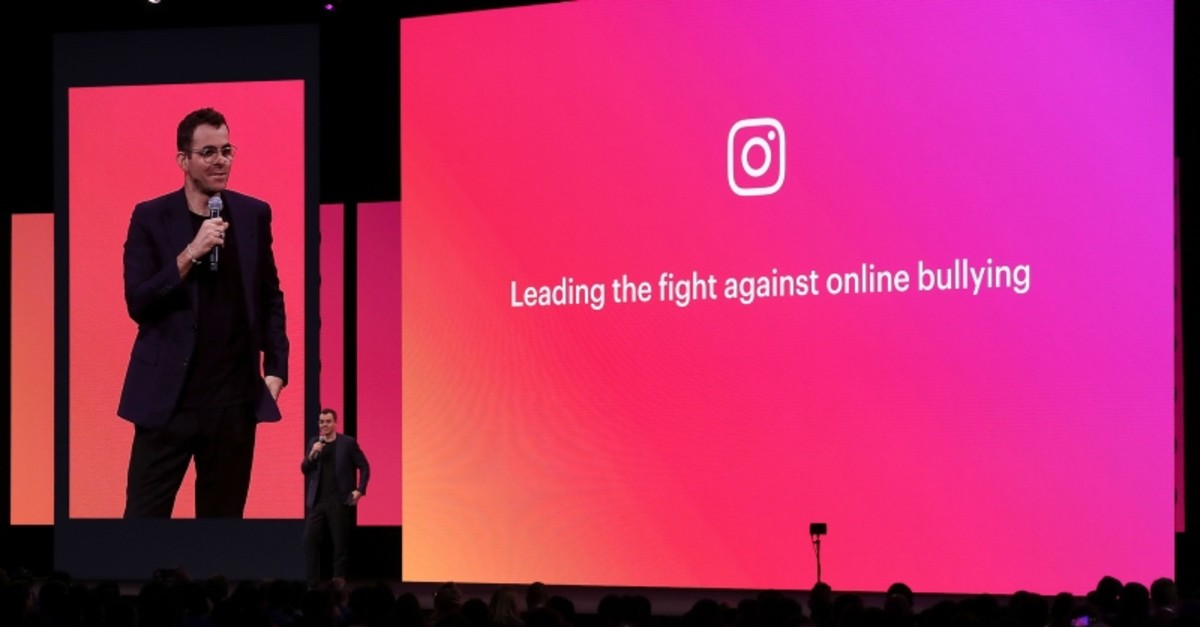 There have been growing calls around the world for greater oversight of platforms like Facebook and Twitter, amid widespread criticism over bullying, as well as the spread of hate speech and fake news.

Instagram, which has more than a billion users worldwide, is a platform focused on images, allowing users to post photos and videos, which can then be commented on by other users.

The company said it has used artificial intelligence to monitor bullying and harmful content for years, and will now use the technology to detect when a user is about to post something offensive and issue a warning.

"This intervention gives people a chance to reflect and undo their comment," Adam Mosseri, the head of Instagram, said in a statement.

"From early tests of the feature, we have found that it encourages some people to undo their comment and share something less hurtful once they have had a chance to reflect."

The other new feature -- "Restrict" -- is aimed at limiting abusive comments on a user's feed.

"We've heard from young people in our community that they're reluctant to block, unfollow, or report their bully because it could escalate the situation, especially if they interact with their bully in real life," Mosseri said.

Now they will be able to make posts from an offending person visible only to that person.

"Restricted people won't be able to see when you're active on Instagram or when you've read their direct messages," Mosseri added.

Instagram's move is the latest in a series of steps taken by social networks to protect users, especially from younger segments of society.

According to a survey published by the Pew Research Center last year, 72% of U.S. teenagers said they used Instagram.

Bullying is just one of the many fronts on which social media titans have faced scrutiny in recent years.

There have been growing calls for regulation of such platforms over the spread of hate speech and fake news -- including allegations of states using social media to try and influence elections in rival countries -- as well as more oversight of how they collect and use customer data.