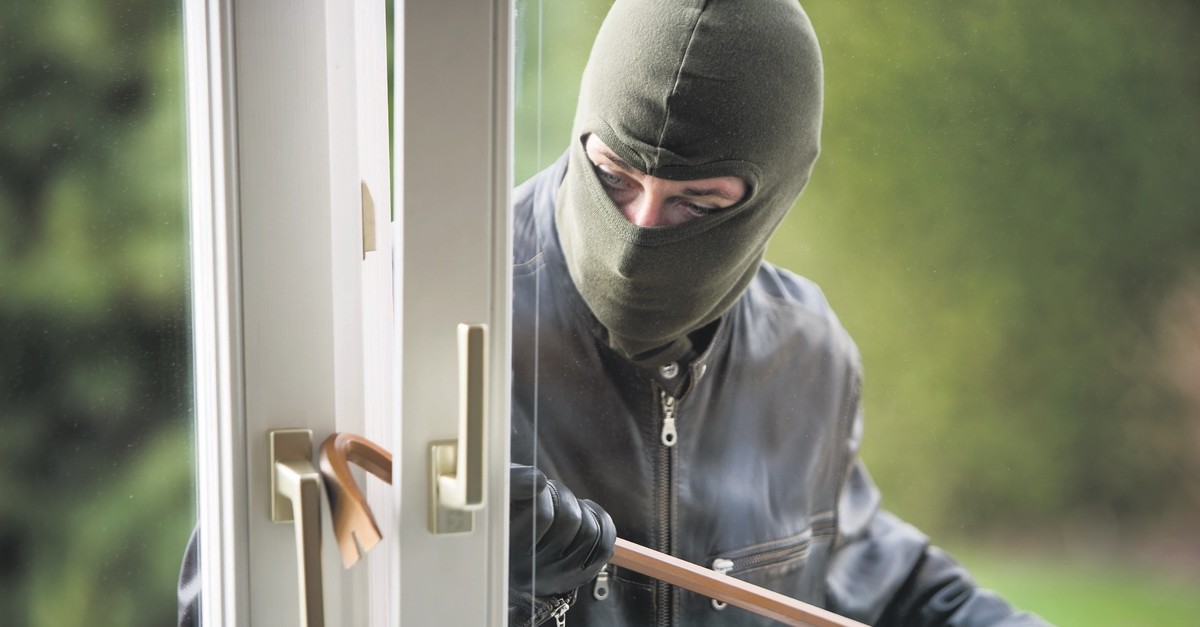 Some 38% of Turks do not lock their doors when leaving the house, while 49% keep their doors unlocked when going to bed at night. However, many homeowners still say their biggest concern is break-ins. A product called Alarm Cylinder allows you to install an alarm with no system needed

People do not want to worry about their homes when going on vacation in the summer. While some take precautions with alarm systems, others don't even lock their doors. A survey titled "Turkey's Safety Habits," conducted by Kale Endustri Holding in collaboration with research company FutureBright shows interesting results about safety habits in homes and workplaces.

According to the study of 3,150 people in eight provinces, some 38% do not lock the door when leaving the house, while 49% keep the door unlocked when going to bed at night. When asked about the biggest concerns about the security of living spaces, 75% of the respondents say that they are worried about burglars. Doors and locks come to mind when it comes to home security, but in workplaces, security cameras and alarms are preferred. So, people say there should be a good lock on the door of the house and a secure alarm at work. When it comes to home security, 36% say that the steel door should be intact, and 19% stress the door lock should be secure; 17% prefer camera systems.

Another result of the study is that people do not want to face burglars. The Alarm Cylinder solution developed by Kale for this type of consumer takes precautions before the burglar enters. When the burglar breaks the lock and enters, it sounds a 100-decibel alarm. In this way, the burglar is kept out, and possible thefts are prevented. Besides, if the lock is broken, only the front part breaks, so that the house can be easily accessed with a key. Inside the cylinder, there are two spare batteries, and when the battery runs out, the battery can be replaced.

Kale Kilit Marketing and Business Development Director Sinan Yorgancıgil stressed that the most important feature of the Alarm Cylinder produced by Kale Kilit is that it operates independently of the alarm system. "Alarm Cylinder is a product that can be used independently at homes without an alarm system," he said. "It is compatible with every door and lock used in the standard cylinder in the country, meaning that it can be purchased from a locksmith or a market and easily replaced by the existing cylinder. Thanks to this feature, even if there is no alarm system at home, it is a product that everyone can easily own and use."

Keep danger out of the house

In addition to the Alarm Cylinder, there is also Extra Defense, developed with 100% domestic research and development (R&D) and national software, which makes the alarm communicate with the cylinder. The circuit inside Kale Alarm integrates the alarm by establishing a connection with the cylinder. Thus, when the burglar breaks the lock, the system detects the burglary and activates the alarm at a 110 dB sound level and gives an audible warning to the environment. So instead of the cylinder alarm, the general alarm service is now activated. On the other hand, when the cylinder breaks, only the front part of the cylinder breaks, which allows the user to enter with a key, even if the lock is broken.

Simultaneously, the system sends a signal to the Kale Alarm Monitoring Center to report that the cylinder is broken, and users and the law enforcement officers, if necessary, are immediately notified. Besides, the alarm panel, which continuously checks whether the system is operating correctly by communicating with the cylinder, notifies the Kale Alarm Center that it has not received any news from the cylinder if the connection is interrupted for any reason.

Alarm sounds when you leave key in door

Another feature of Extra Defense is that it puts an end to the trouble of forgetting a key in the door in the rush of daily life and thus any malicious attempts. If the key remains in the cylinder for 10 seconds or longer, the cylinder will beep at 100 dB volume to warn the user.

You can open your door with a smartphone, virtual keys or fingerprint reader. The Utopic R is powered by rechargeable lithium batteries. Thanks to lithium battery technology, you can use your device for years without changing the battery. You can open and close your keyless door by simply charging through the micro USB port. The Utopic R can also be controlled or operated externally via this port. The Utopic R features Bluetooth low power and Z-wave connectivity. In this way, you can control Utopic R with smartphones or smart home automation systems as well as DESi wireless controllers (fingerprint reader, keypad). Utopic has the same assembly process as ordinary mechanical cylinders. By removing the old cylinder, Utopic can be mounted with just one screw. It is compatible with all doors with a cylinder lock.

Another smart door lock solution, Yale ENTR, automatically locks the door with encrypted secure wireless communication. Yale ENTR is a battery-powered solution without electrical connection, providing an option for every type of door and size. This kit includes 1 Motorized Cylinder ENTR and 1 remote control fingerprint password panel that you can control via Bluetooth from your smartphone. With the ENTR app, you can turn your door lock on and off from your smartphone, tablet or other Bluetooth devices.

The risk of forgetting and stealing passwords is constantly increasing. Do the passwords you have to remember every day cause you serious stress? Including bank card, Internet branches, SIM card, email, social media accounts, music services, phone password and iTunes account passwords, the average user has to remember more than 20 passwords. Now you can be free of this stressful situation. There is no end to the bad things that can happen when you forget your password or it gets stolen. After Google, Facebook and Amazon, you can store many passwords in your Apple account as well. But never forget your password and email address. At least use your email address without ever changing it and losing the account.

Malicious software known as password thieves (PSW), designed to collect digital data from consumers, has increased significantly in 2019. According to Kaspersky data, the number of users affected by password thieves in the first half of 2018 was less than 600,000, while this figure exceeded 940,000 in the same period in 2019.

PSW are one of the most frequently used weapons used by cybercriminals who want to sabotage users' privacy. This malicious software collects data from users' web browsers via various methods. This data, which is often used to access online accounts, includes stored passwords, auto-fill data and registered payment cards.

Also, some of this malicious software is designed to steal cookies in web browsers, user files in a specific location (for example, the user's desktop) and files of applications such as messaging services.

Kaspersky found that in the last six months, PSW activities in Europe and Asia increased dramatically. This type of malware mostly targeted users in Russia, India, Brazil, Germany and the United States. The most common PSW was the multifunctional Azorult. Azorult was detected in 25% of users who encountered PSW during the review period.