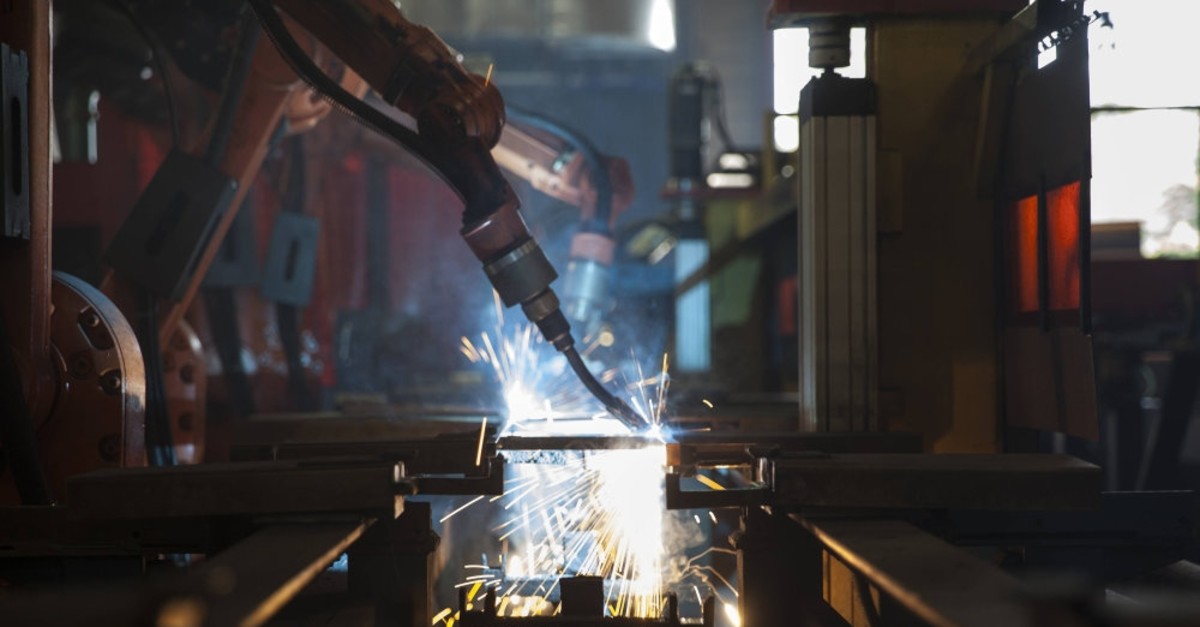 Turkey is looking to make its industry more innovative and advanced as part of its new strategy for 2023; it seeks to increase the share of manufacturing industry in the national income while also boosting its exports

Turkey Wednesday unveiled an industry and technology road map for 2023 that will help it become competitive in critical technologies and make it an important player in the global league. On this path, among others, the government aims to raise the manufacturing industry's share of gross domestic product (GDP) as well as exports by the industry. The Industry and Technology Ministry has set five main components and 23 sub-policies, Industry and Technology Minister Mustafa Varank told a news conference in the capital Ankara to announce Turkey's industry and technology strategy for 2023.

"Our first component is High Technology and Innovation to make our country competitive in critical technologies and turn it into an important player in the global league. With the second component, Digital Transformation and Industry Move, we will take concrete steps for technology-oriented industrialization," Varank added. "With the policies that we will implement in the field of entrepreneurship, we will increase the number of entrepreneurs in the whole process from idea to product and further strengthen the ecosystem. The policies we will implement in the transformation of Human Capital and the field of Infrastructure will be the accelerators of the road to success."

Turkey is looking to significantly boost manufacturing's share of the country's GDP by 2023, Varank said.

"We aim to increase this share, which was 16.5% in the past decade, to 21% in 2023. For an innovative and more advanced industry, we want to increase the added value per worker in the industry to $35,000 and manufacturing industry exports to $210 billion," Minister Varank further stressed.

"As part of this, we hope to increase the share of medium and high-tech products in manufacturing industry exports to 50%," he said.

Turkey hopes to boost annual investments in technology-based businesses to TL 5 billion by 2023, the nation's centennial, Varank added. "In the fields of disruptive technology, we want our country to create at least 23 smart products that will become global brands," he said.

Pointing out that worldwide, the number of unicorns – privately held startups valued at over $1 billion – totals around 300, Varank said:

"Let unicorns be established in our country and successfully make their mark, we even want them to be called Turcorns."

The country aims to have 10 such "Turcorns" by 2023, the nation's centennial, Varank added. Varank also said that an artificial intelligence institute is being set up to do R&D work and added value projects in the field.

Touching upon recent developments in brief interview with Daily Sabah after the event, Varank said current conditions and landscape for direct investments in Turkey are very suitable and positive.

"We have already been observing many good signs," he noted. Varank added that Turkey facilitates better conditions despite the current turmoil in finance markets.

"No doubt, direct investments are important for a healthy economy. However, now there is turmoil in financial markets and negative interest rates in some economies around the world. These investments will look for other opportunities for sure," he said.

Since Turkey is more interested in the long-term, with high value-added investments, he said the ministry has also been working to enhance the investment climate in Turkey along with the Presidential Investment Office. "Our president also gives great importance to investments and wants big breakthroughs in the near future. As the ministry, we coordinate and give incentives for research and development. We already have a very positive climate on investments in Turkey. There are also global firms that build-up their research and development applications in Turkey. We have huge, young, skilled and talented human resources in our country. The current young human resource and investments climate, which is also supported by these incentives, make Turkey a very suitable and attractive country for industrial investments and research and development. Turkey is the ideal country now. We see many indicators already," the minister concluded.